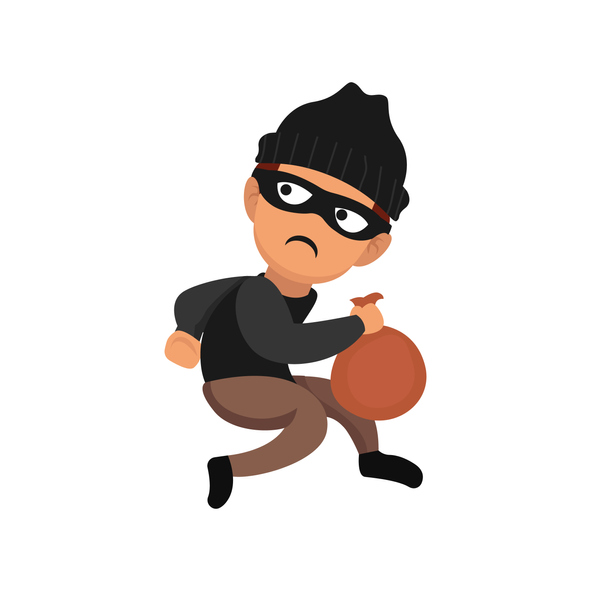 A recent report by Pew Charitable Trusts on state budget reserve levels has sparked confusion in Washington about our rankings for protected and unrestricted reserves. Pew starts the report by looking at the protected “rainy day accounts” and says this about Washington for 2021:

“Washington was the only state to end the budget year with a negative rainy day fund balance after draining its savings of $1.7 billion; however, the state is projected to at least partially replenish its savings over the next several fiscal years.”

Based on some of the social media comments about this, it looks like some folks didn’t read the entire Pew report to see the analysis of unrestricted reserves and believed Washington had no reserves.

This confusion could have been avoided if lawmakers hadn’t raided the voter-approved constitutionally restricted Budget Stabilization Account (BSA) and placed the funds instead into an unrestricted new shadow account (WARPTA).

1. Forecasted state employment growth is less than one percent; or;

2. The Governor declares an emergency set forth in a separate piece of legislation adopted by the Legislature that is limited to a catastrophic event requiring government action to protect life or public safety. The funds withdrawn are restricted to address the emergency declared.

The trigger for accessing these protected funds with a simple majority vote occurred in 2021 and lawmakers took full advantage. From the 2021-23 budget summary:

“The Proposed Final budget also assumes a one-time transfer of $1.8 billion from the Budget Stabilization Account to the General Fund in fiscal year 2021.”

Lawmakers then deposited some of the money that had been in the constitutionally protected BSA into a new unrestricted shadow account:

“$1.0 billion is transferred into the Washington Rescue Plan Transition Account to respond to the impacts of the COVID-19 pandemic including those related to education, human services, health care and the economy”

With a massive increase in state revenue, lawmakers were encouraged this year to put these raided funds back into the protected BSA. For example, the State Treasurer wrote budget writers a letter on March 1 saying (emphasis added):

“Some of you have highlighted that there are additional unspent funds available in the Washington Rescue Plan Transition Account (WARPTA) that can be used as reserves. These funds are to support education, human services, health care, and the economy and thus are broadly available. It would be clearly advisable that the legislature deposit these funds into the BSA or have the account clarified as a general fund reserve account to allow for greater transparency of reserves in the four-year outlook.”

In fact, several lawmakers introduced HB 1875 (Restoring funding to the budget stabilization account) this year but the bill never received a public hearing. According to the bill:

“In the 2021 legislative session, fearing fiscal uncertainty, the legislature took advantage of an exception to the three-fifths vote requirement to transfer the entire balance of the budget stabilization account to the newly created Washington rescue plan transition account for purposes of responding to the COVID-19 pandemic. Because of new federal funding, appropriations made from the Washington rescue plan transition account were never spent.

The legislature has determined that this transfer is no longer justified. Not only is federal funding available, but state revenues remain robust and are stronger than expected when the transfer was made. Therefore, the legislature intends to restore funding to the state's savings account, where it will remain protected by the three fifths vote requirement, and to keep this funding set aside for a future catastrophic event or economic downturn.”

This gets us back to the confusion about Washington’s protected rainy day fund balance. In its recent credit rating for Washington, S&P explained the difference between the constitutionally protected and new shadow account:

“The state's budget stabilization account (BSA) began the fiscal year essentially empty following a withdrawal in fiscal 2021 made to help manage Washington's budget . . . The enacted supplemental budget for the 2021-2023 biennium anticipates $587 million in deposits to the BSA by the end of the biennium. We consider the projected $609 million balance to be low at 1.8% of annual near general fund expenditures for fiscal 2023. We note, however, that the state created a new reserve account, the WRPTA, which is projected to have a balance of $2.1 billion at the end of the fiscal 2021-2023 biennium. On a combined basis, these BSA and the WRPTA reserve accounts total $2.7 billion or a good 7.9% of annual near general fund expenditures for fiscal 2023.” 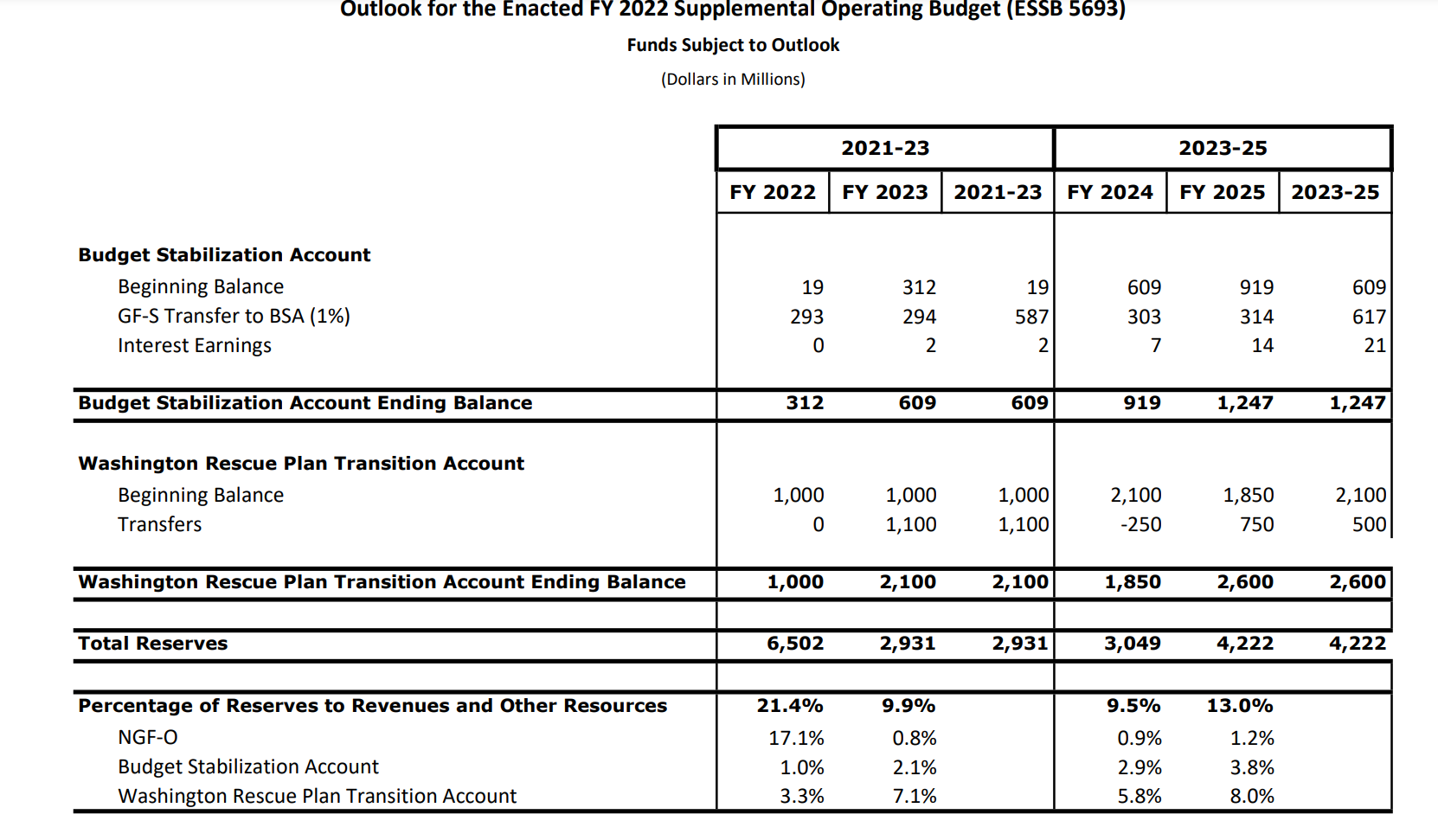 Raiding the voter-approved constitutionally protected BSA and continuing to keep the money in an unrestricted shadow account serves no purpose other than to make the money easier to access for spending. If lawmakers want credit for a strong Rainy Day Account, they should eliminate the unrestricted shadow account and put the funds back into the constitutionally protected reserves as voters intended.