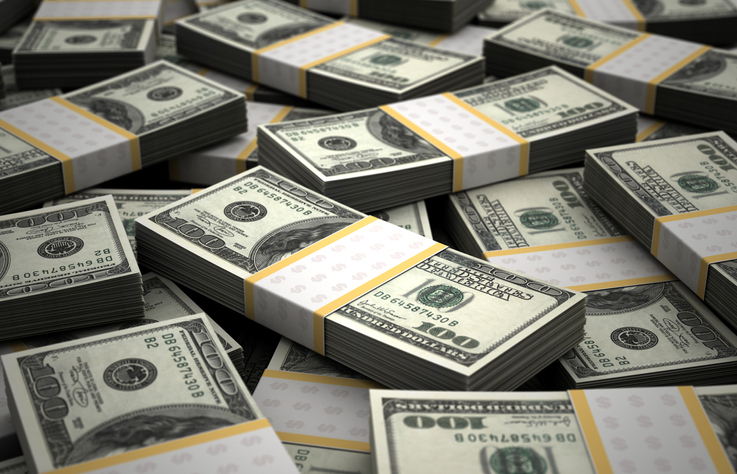 There are now $10.5 billion reasons for lawmakers to finally prioritize broad-based sales tax relief to help Washington families deal with the crushing impact of record inflation. Today’s February Revenue Forecast projected a $2.774 billion increase in revenue. Combined with the prior increases experienced since lawmakers adopted the 2021-23 budget, revenues have now exceeded expectations by $10.5 billion. The state’s current fiscal outlook provides the perfect opportunity for lawmakers to finally provide broad-based tax relief for Washingtonians. The time to cut the sales tax is now!

Here are the state revenue forecast number changes since the 2021-23 budget was adopted last year: 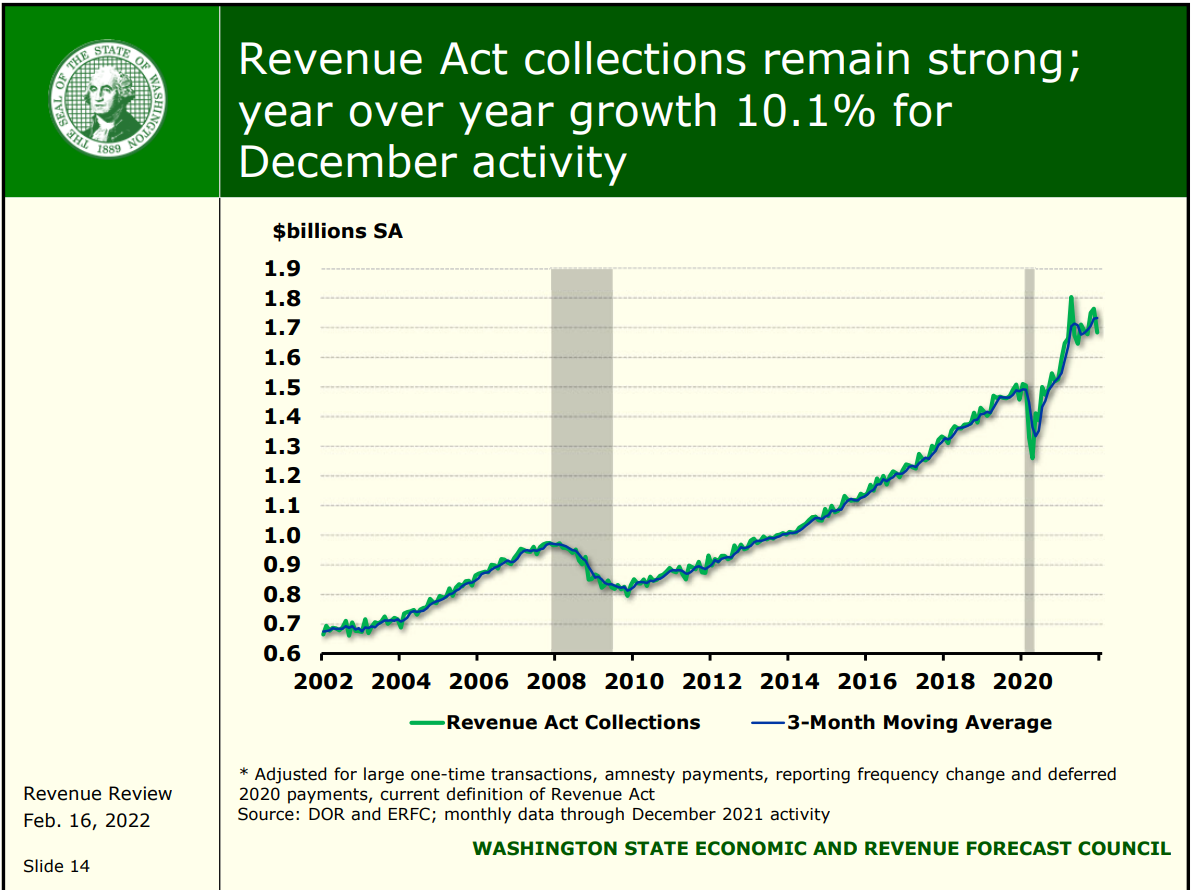 This means the total four-year increase in projected revenue since lawmakers adopted the 2021-23 budget is at least $10.538 billion.

One proposal to provide broad-based tax relief is SB 5932 that is prime sponsored by Senate Democratic Majority Caucus Vice Chair Mona Das with numerous bipartisan co-sponsors. The bill would reduce the state’s sales tax by a full 1%, taking the tax rate down from 6.5% to 5.5%. Based on previous estimates, this would provide approximately $2 billion in tax relief per year for Washingtonians. Washington Policy Center has been making the case for a broad-based sales tax cut for several months.

SB 5932, however, has yet to receive a public hearing despite the broad bipartisan sponsorship.

Instead of focusing on broad-based tax relief, lawmakers appear to be considering the misguided policy of a sales tax holiday. As noted by the Tax Foundation:

“Sales tax holidays do not promote economic growth or significantly increase consumer purchases; the evidence (including a 2017 study by Federal Reserve researchers) shows that they simply shift the timing of purchases. Some retailers raise prices during the holiday, reducing consumer savings . . .

Most sales tax holidays involve politicians picking products and industries to favor with exemptions, arbitrarily discriminating among products and across time, and distorting consumer decisions . . .

Political gimmicks like sales tax holidays distract policymakers and taxpayers from genuine, permanent tax relief. If a state must offer a ‘holiday’ from its tax system, it is an implicit recognition that the state’s tax system is uncompetitive. If policymakers want to save money for consumers, they should cut the sales tax rate year-round . . .

Sales tax holidays neither promote economic growth nor increase purchases. They create complexities for all involved, while inserting the political process into consumer decisions. By distracting high-tax states from addressing real problems with their tax systems, holidays undermine efforts to provide legitimate relief to consumers in general and low-income individuals in particular. Sales tax holidays are not sound tax policy.”

The broad-based sales tax relief proposed by SB 5932 can be scaled to fit the comfort level of lawmakers if they don’t believe a full 1% reduction will fit within their spending plans for the four-year outlook. Especially considering the record inflationary costs impacting Washington families, failing to provide any level of broad-based sales tax relief with more than $10.5 billion in revenue growth, however, is unconscionable.