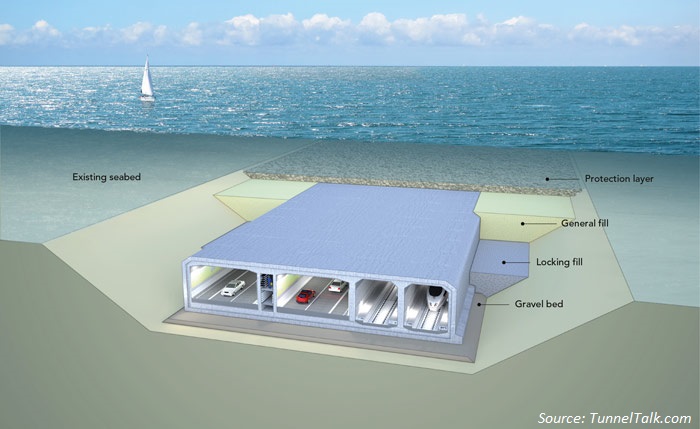 In late March of this year, Seattle Department of Transportation (SDOT) officials closed the West Seattle Bridge to traffic due to cracks that had expanded two feet within two weeks.

While SDOT officials are trying to stabilize the bridge and determine if it can be salvaged or whether it must be completely replaced, they have asked for proposals for a bridge replacement from designers “who can commit to be available when we need them over the next decade, in case we are able to make short-term repairs now to reopen the bridge sooner, but then still need design support to replace the bridge a few years down the road.” The contract amount would be anywhere from $50 to $150 million.

Initially, the City’s Request for Qualifications (RFQ) from engineering firms appeared limited to bridge-only alternatives. However, retired civil engineer Bob Ortblad, with growing community support, got the City to include a tunnel alternative in the RFQ as well. The City created an addendum to the RFQ indicating, “Other replacement alternatives will be evaluated as part of the contract, and will include but may not be limited to tunnel and Sound Transit coordinated options.”

Interestingly, among nearly 20 alternatives that were considered by Seattle officials in 1979 before ultimately deciding on what became the current West Seattle Bridge, there were two tunnel alternatives that were thrown out. They can be found in the Spokane Street Corridor Final Environmental Impact Statement (EIS), under Alternatives 12 and 13. They were dropped from consideration “due to excessive cost, construction time and disruption.”

This didn’t happen without dissent, as one member of the public who was involved in Harbor Island Machine Works commented on the EIS that, “they wiped off the tunnel for underneath as too expensive and no one gave any figures. Now, I’m asking what would the figures be, or did they ever try it?”

Japan has a remarkable 25 immersed tube tunnels. A much more local example of an ITT is the George Massey Tunnel under the Fraser River in Vancouver, BC. This tunnel took a little over two years to construct and included six concrete segments which were installed over five months. Ortblad believes a tunnel that crosses the Duwamish would also be quick and affordable to construct. As an example, he offers the 77 SR 520 pontoons it took to cross Lake Washington – it would only take two sunken pontoons to cross the Duwamish.

Ortblad argues that the advantages of a tunnel over a bridge include not just lower cost and fast construction, but also long life and seismic resilience. While a bridge replacement could still be vulnerable to soil liquefaction in the event of an earthquake, a tunnel has a neutral buoyancy that would allow it to be largely unaffected by a large seismic event. Ortblad also makes the case that a tunnel has the advantage of eliminating noise, visual, and environmental pollution. It would also be unaffected by difficult weather conditions like fog, rain, black ice, and wind.

There is some pushback to the tunnel regarding the steep grade going in and coming out of the tunnel, and how that would impact light rail passage. Ortblad argues the total 6% grade would be reduced because going down 60 feet is a shorter approach than going up 157 feet. He adds that light rail passage through a tunnel would be comparatively safer than running light rail on a bridge that is 150 feet above water. (I would argue light rail should be left out of the West Seattle Bridge replacement alternative discussion altogether.)

As the public waits to hear from Seattle DOT on whether a replacement will be pursued, it’s great to see the public engaged on what could be a viable alternative. I am not an engineer and have no idea whether this will work, but the proposal is intriguing and deserves serious consideration.