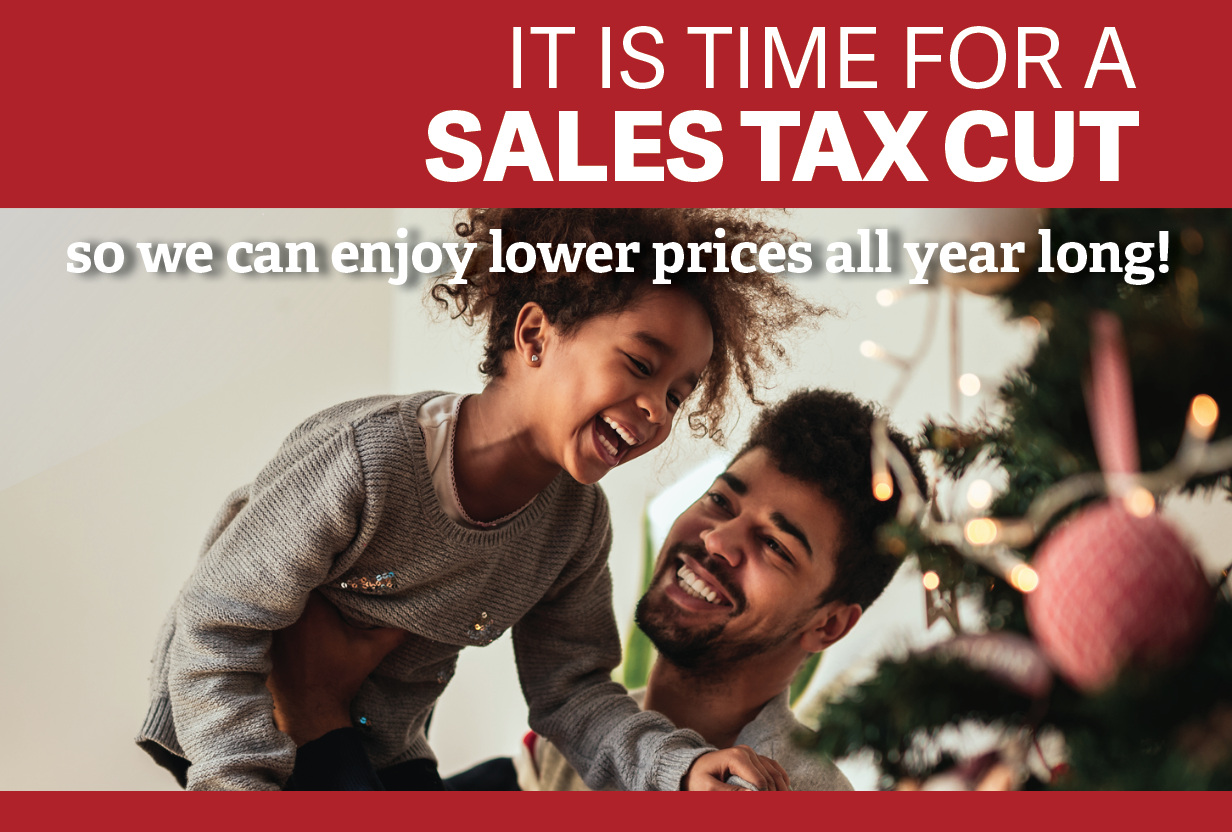 It is time to start talking about a state sales tax cut.

According to WA’s September Revenue Forecast:

As you can see from this chart from the revenue forecast, this means state revenues have continued to increase substantially: 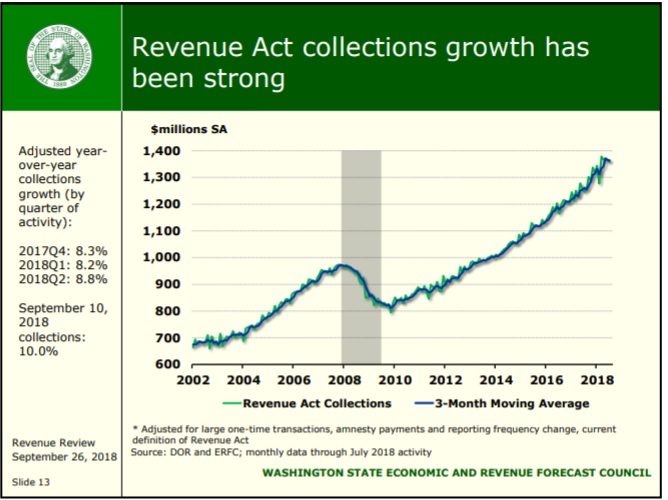 During this time of increasing revenue, however, the legislature has not provided significant tax relief to Washingtonians. Instead a large state property tax increase was imposed in response to the K-12 McCleary lawsuit (referred to as a property tax swap with local taxes reduced). With the state Supreme Court having signed off on the legislature’s McCleary plan and state revenues continuing to increase substantially, lawmakers should now provide tax relief with a sales tax cut.

According to the state Department of Revenue, here are the potential 2019-21 taxpayer savings at various sales tax rate cuts:

With the current projected increase in the state revenue forecast, lawmakers should consider a sales tax rate cut of at least 0.25%. A larger sales tax cut could be enacted via a trigger mechanism tied to any large revenue increases resulting from the new U.S. Supreme Court online sales tax ruling.

Combined with federal tax cuts, this court ruling will likely have a significant impact on state revenues: 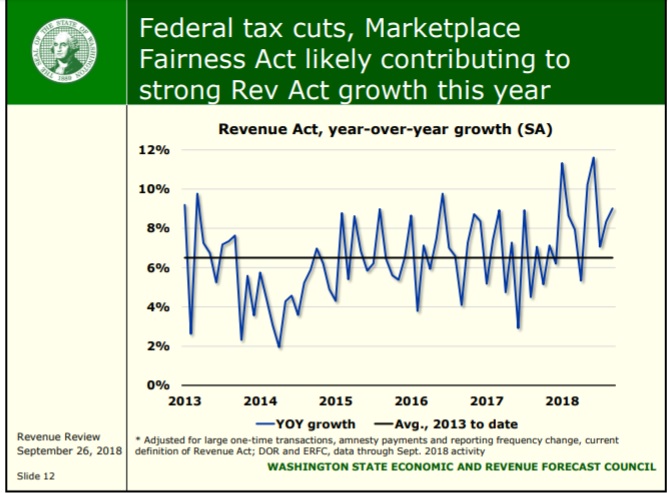 Starting today the state Department of Revenue “will require some out-of-state retailers to begin collecting sales tax . . .  This is a result of the U.S. Supreme Court’s June 21 decision in the South Dakota v. Wayfair case. The Wayfair decision allows states to require out-of-state businesses without a physical presence to collect and submit the tax on sales delivered into their state.”

This U.S. Supreme Court ruling means the state has the potential to see even more growth in sales tax collections. This court ruling, coupled with the already substantial increases in state revenue, means it is time for lawmakers to prioritize tax relief with a reduction in the sales tax rate.