$7.764 billion. That’s how much state revenue is projected to increase (over a four-year period) since the legislature adjourned earlier this year. That’s nearly $8 billion reasons why lawmakers should consider finally providing broad-based tax relief next session. While there are no bad tax relief options (property, B&O manufacturing parity, sales), WPC believes tax relief should focus on reducing the state’s sales tax rate. With $7.764 billion available, a combination of tax relief could be provided while still leaving billions in reserves and a healthy four-year budget outlook.

Last week, however, Governor Inslee made it clear a sales tax cut wasn’t on his agenda (his 2022 supplemental budget comes out next week). When asked by Everett Herald political reporter Jerry Cornfield about the huge increases in the revenue forecast and whether he'd propose a reduction in the sales tax to help low income Washingtonians, the Governor said he "doubts" that will be one of his proposals (40:21 mark).

While a sales tax cut may not be in the Governor's plans, we know that at least one of his budget proposals will be to provide mid-budget pay raises for government employees. With the massive growth in state revenues, a sales tax cut (or other type of broad-based tax relief) and government pay raises are both possible.

Here are the revenue forecast numbers changes this year: 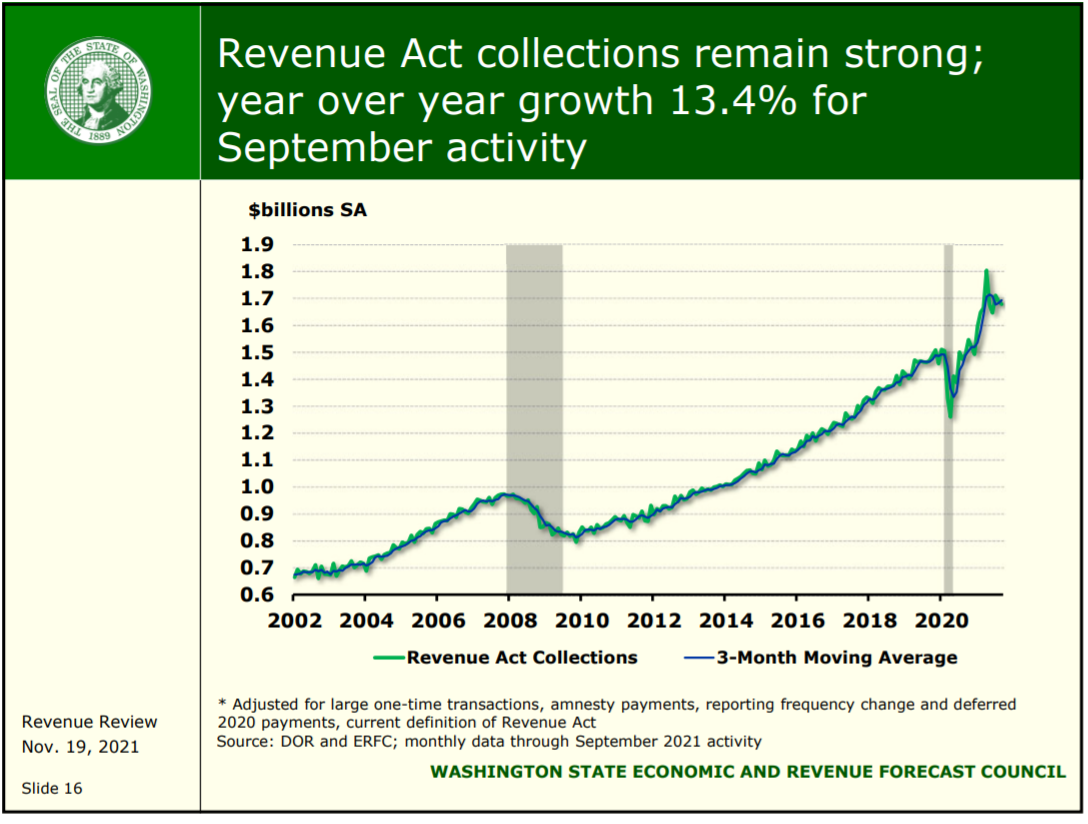 This means the total four-year increase in projected revenue since lawmakers adopted the 2021-23 budget is $7.764 billion. 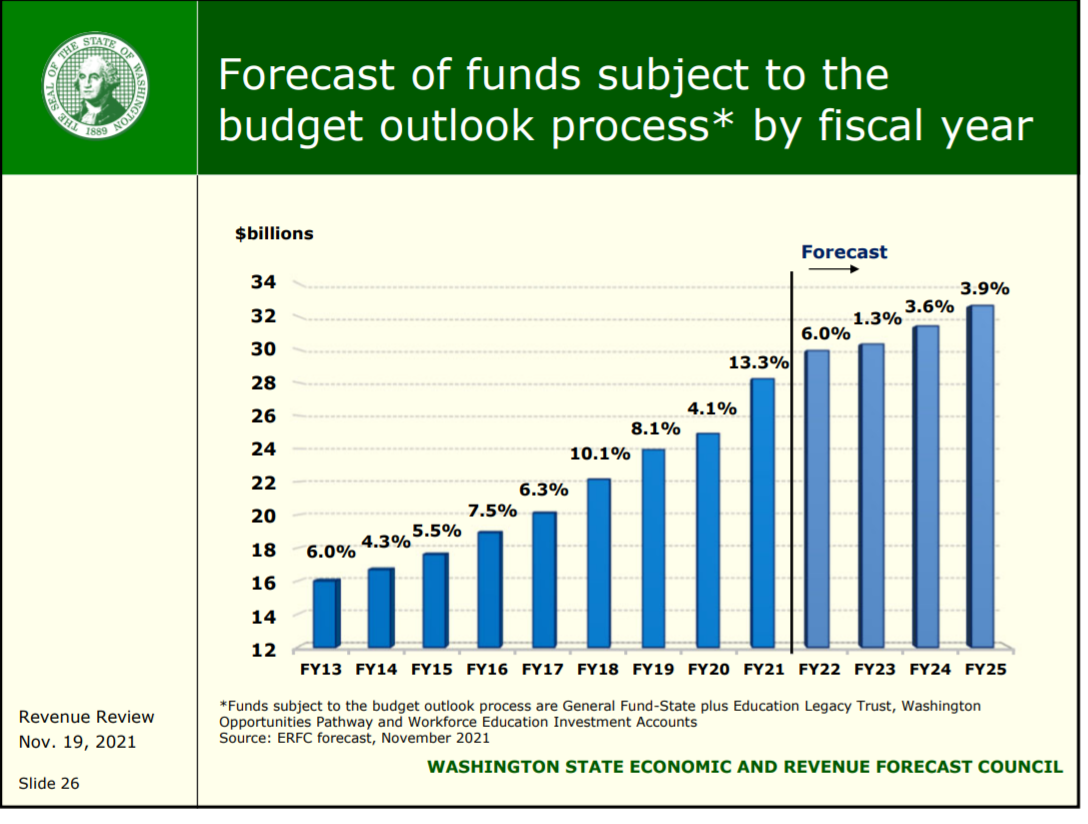 In response to growing revenue in other states, lawmakers are taking decisive action to provide substantial tax relief. As reported by The Hill:

“The influx of new money, fueled by a quick economic recovery from the coronavirus pandemic and billions in emergency federal funding for state and local governments, has spurred new talk of significant tax cuts. Across both blue states and red states, and just in time for midterm elections, legislators and governors are making plans to lower rates and cut bills.”

When our sales tax was first imposed in 1935, Washington’s sales tax rate was 2.0%. Now it’s 6.5%. This rate hasn’t been reduced since 1982. Each tenth of a percentage point reduction in the state sales tax rate is approximately $300 million in tax relief. With the current revenue forecast and budget outlook, lawmakers could reduce the sales tax to 6.0% and provide approximately $1.5 billion in tax relief while still having billions in reserves and funds available for other targeted spending increases while complying with the four-year budget outlook.

If Washington State can’t provide broad-based tax relief with the current revenue forecast and budget outlook, it’s hard to see when it ever will.

With a balanced budget, billions in reserves, and revenue projections continuing to exceed expectations, the case for sales tax relief is overwhelming.

If someone tells you broad-based tax relief isn’t possible next year, just reply by saying $7.764 billion. It’s finally time Washington State demonstrates that there is a direction for taxes to go that isn’t consistently up.

Additional Information
The case for a Washington sales tax cut