Unscientific proposal to stop timber harvests in W. Washington is lose-lose for jobs and the environment 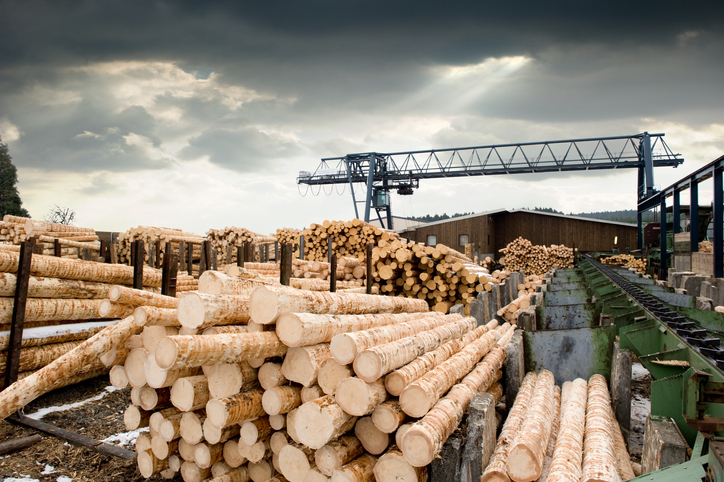 Two former Washington State Lands Commissioners, Jennifer Belcher and Peter Goldmark, are pushing an extreme proposal to shut down all timber harvests in Western Washington forests that are managed in trust by the state of Washington. They argue that halting harvests would help fight climate change.

That claim, however, is contradicted by science from the U.S. Forest Service, the University of Washington, and even the Intergovernmental Panel on Climate Change (IPCC), the U.N.’s climate agency. These scientists all note that sustainable forestry – harvesting timber and then re-planting trees – is much more effective at reducing atmospheric CO2 than letting trees grow, stagnate, die and then decay.

The proposal would be a serious, and unscientific, mistake for Washington’s economy and for the environment.

Expressing support for the idea, The Seattle Times environmental reporter Lynda Mapes claims, “Nothing we currently know of works better than allowing trees to suck carbon from the atmosphere when they are living, and store it in their branches, roots and the forest soil for centuries after their death. Trees — especially mature forests — are the cheapest, fastest, most reliable form of carbon storage.”

The faulty assumption behind the proposal and Mapes’ claim is that trees would continue to store carbon after they reach maturity, that the reduction in harvesting would not be replaced with harvesting elsewhere, and that the carbon held in the tree would be greater than what would be stored if the trees were harvested, and more trees were replanted in their place. Numerous scientific studies show none of those assumptions are accurate.

Research from the University of Washington shows that trees in Western Washington absorb and store carbon most rapidly between 30 and 80 years of age. At that point, the total carbon stored in a forest generally plateaus. After that, the researchers note, “Large trees may continue to grow larger by crowding out adjacent trees but eventually, due to natural aging and disturbances such as windstorms, fire, and disease, the unmanaged forest is likely to emit carbon rather than store more carbon” as trees burn, die or rot.  A researcher at the U.S. Forest Service echoed this concern, noting, “An unmanaged forest is more likely to get to the point where you have catastrophic loss” from fire.

There are several problems with simply letting mature forests go up in flames or slowly deteriorate.

First, wood is far less energy-intensive than other construction materials. Using timber to replace concrete and steel in construction reduces global greenhouse gas (GHG) emissions. The most recent Assessment Report released by the IPCC notes that, “Recent studies suggest that, where technically possible, substitution of wood from sustainably managed forests for non-wood materials in the construction sector (concrete, steel, etc.) in single-family homes, apartment houses, and industrial  buildings, reduces GHG emissions in most cases.” That is exactly the kind of structural wood produced in the Pacific Northwest, especially Western Washington, the forests targeted for a ban by the proposal.

This assessment is backed up by scientific research on forests in Oregon and Washington. In 2013, the USDA Pacific Northwest Research Station examined the question of banning harvests as a source of CO2 reduction, reporting on the findings of researcher Dr. Jeremy Fried. Calling himself an “active member of the Sierra Club,” Dr. Fried argued that, “When the full energy benefits of harvested wood products are considered, well-managed forests typically create more total climate benefits than does any scenario intended to reduce the harvest.” The key reason is that, like the IPCC, his research found that substituting wood for more energy-intensive building materials, like steel and concrete, significantly reduces CO2 emissions. 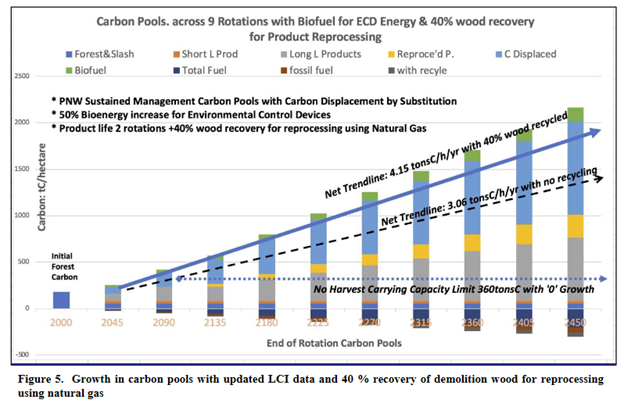 The University of Washington researchers have measured the potential reduction in CO2 from using timber in construction instead of more energy-intensive materials. Examining a range of potential uses for harvested wood, they found that total CO2 emissions reduction from timber harvests could be many times as large as simply allowing forests to sit idle.

Finally, there is a major problem that cannot be addressed by those who advocate stopping harvests. A key calculation in any CO2-reduction project is what is called “leakage,” in which an activity that reduces CO2 in one part of the world is offset by an increase in that activity elsewhere. If preventing harvests in Washington means that more timber harvests occur in Idaho, Canada, or Russia, the total amount of global CO2 would not been reduced and may actually increase. Under an in-state harvest ban, when homes are built in Washington state, instead of using lumber that came from within Washington, it would be shipped in from elsewhere.

A paper by the Director of Science and Sustainability at UW’s Consortium for Research in Renewable Industrial Materials, Elaine Oneil, explains the magnitude of this problem. The Seattle Times piece cites a paper from Beverly Law of Oregon State University that attempts to justify the ban-harvests proposal by analyzing a similar potential policy in Oregon. Critiquing Law’s analysis, Oneil notes that Oregon’s forest sector supplies “nearly 34% of the total US solid softwood products, which means that stopping harvest in Oregon would create tremendous leakage as wood demand would be fulfilled elsewhere where forest productivity is much lower than it is in Oregon.” Unless demand for timber was reduced by a similar amount, timber would be harvested elsewhere, eliminating the claimed global benefit from preventing harvests in Oregon. Worse, a lack of timber supply could increase wood prices, making energy intensive materials more attractive, which would be counterproductive.

None of these data are particularly controversial among forestry scientists. These questions have been examined repeatedly and consistently yield the same answer. To maximize the amount of CO2 removed from the atmosphere, working forests are best and letting forests grow, stagnate, and decay is a deeply flawed approach.

Shutting down all state trust forests would also do serious additional economic damage to timber communities at a time when we need more capacity to harvest and process trees to reduce the dangers of fire and disease in currently unhealthy forests across the state.

Ultimately, this would be a devastating lose-lose-lose-lose for CO2 reduction, timber jobs, revenue for public school construction (which is funded by profits from state timber sales), and our ability to repair unhealthy forests across the state. None of those facts about social and environmental benefit, however, were reported by Lynda Mapes. Let’s hope science and a more thoughtful approach prevails.