FACT CHECK: State environmental reports on CO2 and Snake River dams contradicted by their own sources 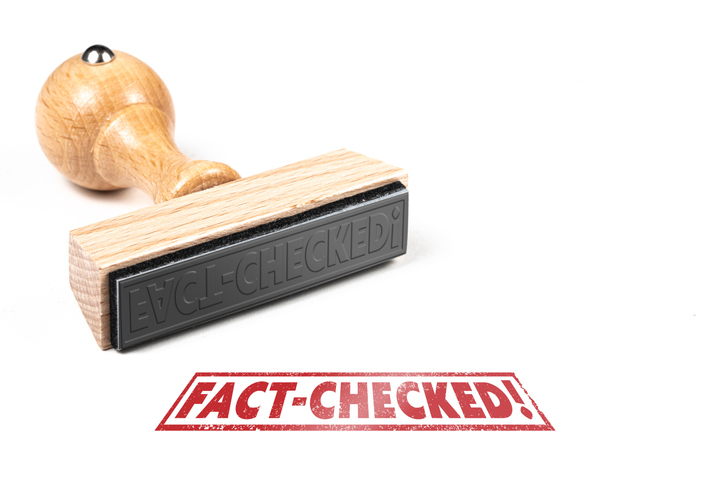 What do government agencies do when their conclusions rely on studies that turn out to contradict them? In Washington state, we are about to find out.

In two recent taxpayer-funded reports on high-profile environmental policies – the state’s new tax on CO2 emissions and the potential destruction of the Snake River dams – studies cited on key issues say the exact opposite of what is portrayed. These errors, whether intentional or accidental, significantly undermine the findings of those reports.

They also call into question whether environmental reports from Washington state officials can be trusted.

The recent, taxpayer-funded Murray/Inslee report on the Snake River dams argues the dams are harming salmon returns, claiming the river’s runs are uniquely worse than others in the area. The report asserts that the percentage of smolt that later return as adults to spawn, known as smolt-to-adult return ratio (SAR) is lower than in other rivers. This is used as a key argument in making the case for destroying the dams.

The report authors write, “While many salmon populations on the West Coast are not meeting these SAR goals, the SARs of Snake River salmon are among the lowest.” The source they offer for this claim is a 2020 study by Welch et al. called, “A synthesis of the coast-wide decline in survival of West Coast Chinook Salmon.” I was surprised to see this study cited because it says something very different.

A quick look at the abstract for the study finds this sentence: “… the SARs of Snake River populations, often singled out as exemplars of poor survival, are unexceptional and in fact higher than estimates reported from many other regions of the west coast lacking dams” (emphasis added).

This is the exact opposite claim of the Murray/Inslee report.

The report’s authors, who used $375,000 in taxpayer money to compile their report, either didn’t read the study they cited or hoped that nobody would catch the misrepresentation in their own report’s findings. The claim about SARs is key to assessing the impact of the dams and this error is extremely troubling.

As part of implementing the state’s new tax on CO2 emissions, the Washington State Department of Ecology released its preliminary assessment of the costs and benefits of the policy. That assessment found that the benefits outweigh the costs. One reason they arrived at this conclusion is that they assigned a high value to future impacts from climate change by using a low discount rate of 2.5%.

A discount rate is used to compare future impacts to today. The rate helps us decide if it is worth spending $1 today to avoid $5 many years from now. A high discount rate would indicate that spending for today is better. A low discount rate indicates saving or spending to avoid future harm is better.

This is critical because the choice of a discount rate makes a big difference in how we value the damage done by CO2 emissions. The difference between choosing a 5% or 2.5% discount rate has a dramatic impact on the estimated harm done by each metric ton (MT) of CO2, known as the Social Cost of Carbon (SCC). If the discount rate is 2.5%, the damage is $76 per MT. If it is 5%, the amount falls to only $14 according to the U.S. EPA.

Defending their decision to choose 2.5% - yielding a very high potential damage from climate change – the authors of Ecology’s report claim, “The federal SCC was ruled ‘reasonable and the best available measure to determine the environmental cost of CO2’ in 2016.” Like the Snake River dams report, there is a source cited for this claim: the finding of an administrative law judge as reported by The State of Minnesota Office of Administrative Hearings.

What makes an administrative law judge in Minnesota the definitive source on whether the federal Social Cost of Carbon is “reasonable”? They don’t explain. Any port in a storm, I guess.

There are, however, two big problems with using this source.

Reading the actual text of the ruling reveals the judge doesn’t only endorse a discount rate of 2.5 percent, as Ecology staff claims. Instead, it supports using a range of rates. The ruling notes, “The Administrative Law Judge respectfully recommends that the Commission adopt the Federal Social Cost of Carbon as reasonable and the best available measure to determine the environmental cost of CO2, establishing a range of values including the 2.5 percent, 3.0 percent, and 5 percent discount rates.” Once again, the source government staff cited claims something very different.

The authors of the Ecology report also argue that their very low discount rate is acceptable because “uncertainties” around rare but very high impact outcomes could push the SCC even higher, making 2.5% reasonable. Again, the judge’s ruling – cited by Ecology – rejects this argument, saying the SCC used by Minnesota should exclude the discount rate that includes the risk of extremely rare outcomes, called the “95th percentile at a 3 percent discount rate.”

I’m not sure that the judgment of one administrative law judge in Minnesota should be credited above others, but I didn’t choose the source. Department of Ecology staff did.

As with the Snake River dams study, either they didn’t know what their source actually said, or they are being intentionally misleading.

There is some evidence for the latter.

Ecology’s staff truncated the sentence from the Minnesota report to leave off some key words. Including the words after the portion cited by Ecology shows the quote says the federal SCC is “reasonable and the best available measure to determine the environmental cost of CO2 under Minn. Stat. § 216B.2422 … ” (emphasis added). The report is an assessment of whether the federal SCC can be used to satisfy Minnesota law, not whether it is the best of all options or best for Washington state. By excluding those words, Ecology staff intentionally hide the context of the quote.

How will the Department of Ecology and the Inslee Administration deal with these major errors? The comment period for both reports is currently open, and we will be sharing these errors with the agencies in charge. It will then be up to the agencies to address the issues and show whether these reports are a sincere effort at finding the truth or just a façade to reach a pre-determined conclusion.