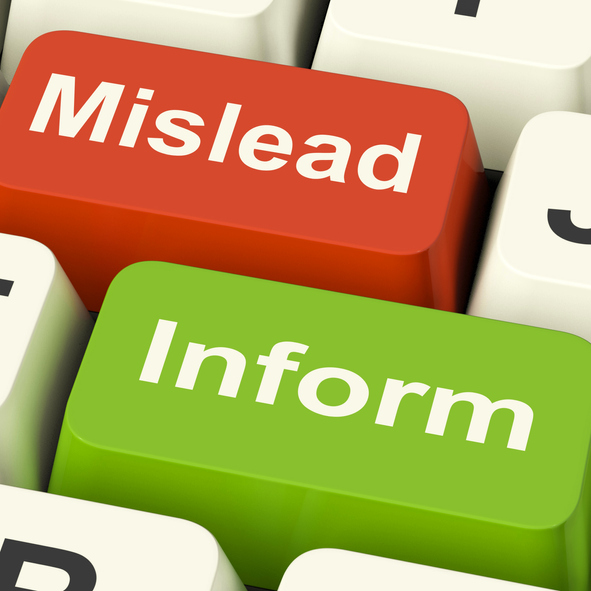 “The Attorney General’s proposed ‘Ballot Title’ and ‘Ballot Measure Summary’ are misleading, imprecise, and will likely cause confusion and improper bias in opposition to the initiative. The proposed concise description also exceeds the statutorily mandated 30-word limit. The Court can resolve these problems by revising the ballot title and summary of the measure.”

“The Attorney General’s proposed ballot title and ballot measure summary incorrectly state that RCW 82.87 is an excise tax. It is not. RCW 82.87 is properly characterized as an income tax by definition. This is not a tax on the privilege of engaging in transactions; it is a tax on annual net capital gains income. The tax is not imposed per transaction and it is not even imposed on revenue from all capital gains transactions; rather it is based on an individual’s annual net long-term capital gains income as reported to the IRS. Aside from simply being incorrect, describing RCW 82.87 as an excise tax will cause confusion. Voters will readily understand that capital gains are reported to the IRS as income. Voters will almost certainly never have encountered an excise tax on capital gains. After all, the federal government and every other state in the union classify a tax on capital gains as a tax on income. The incorrect excise tax label on the ballot title will cause confusion.

Labeling RCW 82.87 as an excise tax is especially concerning given the definition is at issue in ongoing litigation. The Douglas County Superior Court has already ruled that RCW 82.87 is an income tax, not an excise tax. That ruling stands as of the time of this filing, making the proposed ballot title erroneous. If the Douglas County Superior Court ruling is still in place by the time this initiative is voted upon, then the ballot title will incorrectly set forth the law at the time of the vote. And until there is a final ruling on this issue, picking one side of the fight, such as using a ballot title that labels RCW 82.87 an excise tax, will carry a substantial risk of being incorrect and misleading at the time of the vote. In contrast, because this tax is measured by an individual’s annual capital gains income, Petitioner’s proposed ballot title and ballot measure summary provide an undeniably accurate description of the measure of RCW 82.87’s tax—regardless of the outcome of the pending litigation. Petitioner’s proposed ballot title and ballot measure summary will remain accurate regardless of whether RCW 82.87’s tax is ultimately held to be an income tax or an excise tax.”

Rather than use the AG’s ‘misleading’ proposed ballot title and summary, the I-1929 campaign makes this recommendation to the court: 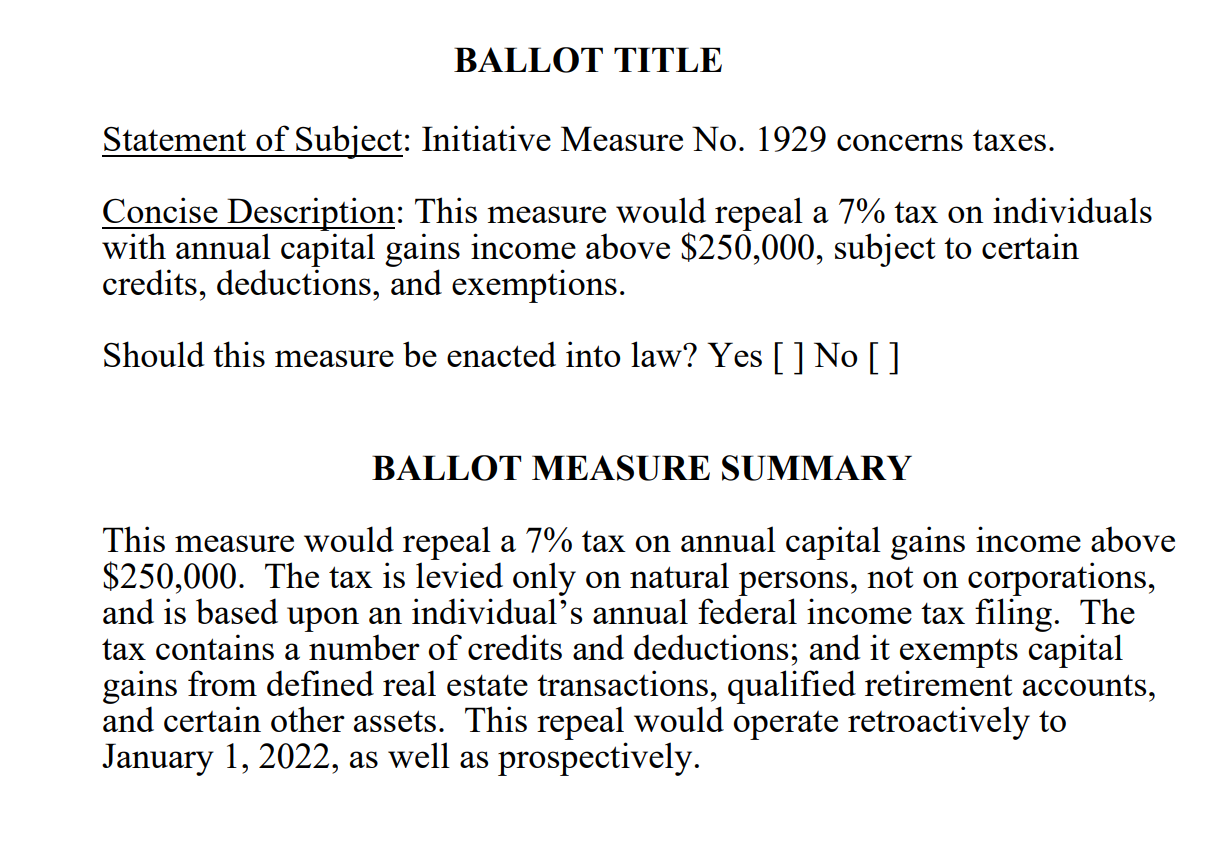