An unofficial state revenue forecast is projecting a $7 billion deficit for the next 4 years. It is possible this deficit number is even understated based on the amount of economic activity that has been shutdown by the Governor’s stay home order the last few months. As of today, however, state employees are scheduled to receive a 3% pay raise on July 1. A 3% pay raise also took effect last July. With the state facing a massive budget deficit, the Governor should immediately reopen the state employee contracts to cancel the new 3% pay raise before it takes effect.

“If, after the compensation and fringe benefit provisions of an agreement are approved by the legislature, a significant revenue shortfall occurs resulting in reduced appropriations, as declared by proclamation of the governor or by resolution of the legislature, both parties shall immediately enter into collective bargaining for a mutually agreed upon modification of the agreement.”

Rather than wait for the new Fiscal Year to start, the Governor should act now to secure those budget savings.

The Governor has announced several other actions to reduce state spending. On May 13 he signed a directive to freeze state hiring, personal service contracts and equipment purchases. The Director of the Office of Financial Management (OFM) also sent agencies a memo asking them to identify a combined $1.9 billion in savings options.

From the OFM May 13 memo to state agencies:

“In an unofficial update to the state’s revenue forecast, the state’s chief economist projected that revenue collections over the next three fiscal years will be about $7 billion lower than was forecast less than three months ago. The unofficial revenue update on April 30 is based on incomplete data, and we won’t have official projections until the next state revenue forecast in June.

It is clear, however, that we must start taking steps now to confront this fiscal crisis. Even using all of the reserves, if the unofficial forecast holds true, we estimate the state would still face a $4.1 billion shortfall over the next three years.

Facing a massive budget deficit and record private sector unemployment, now is not the time for government pay raises.

Here are the initial estimates from legislative staff on the potential costs savings for canceling the 3% pay raise for all state employees (represented and non-represented) due on July 1. Dollars in thousands. 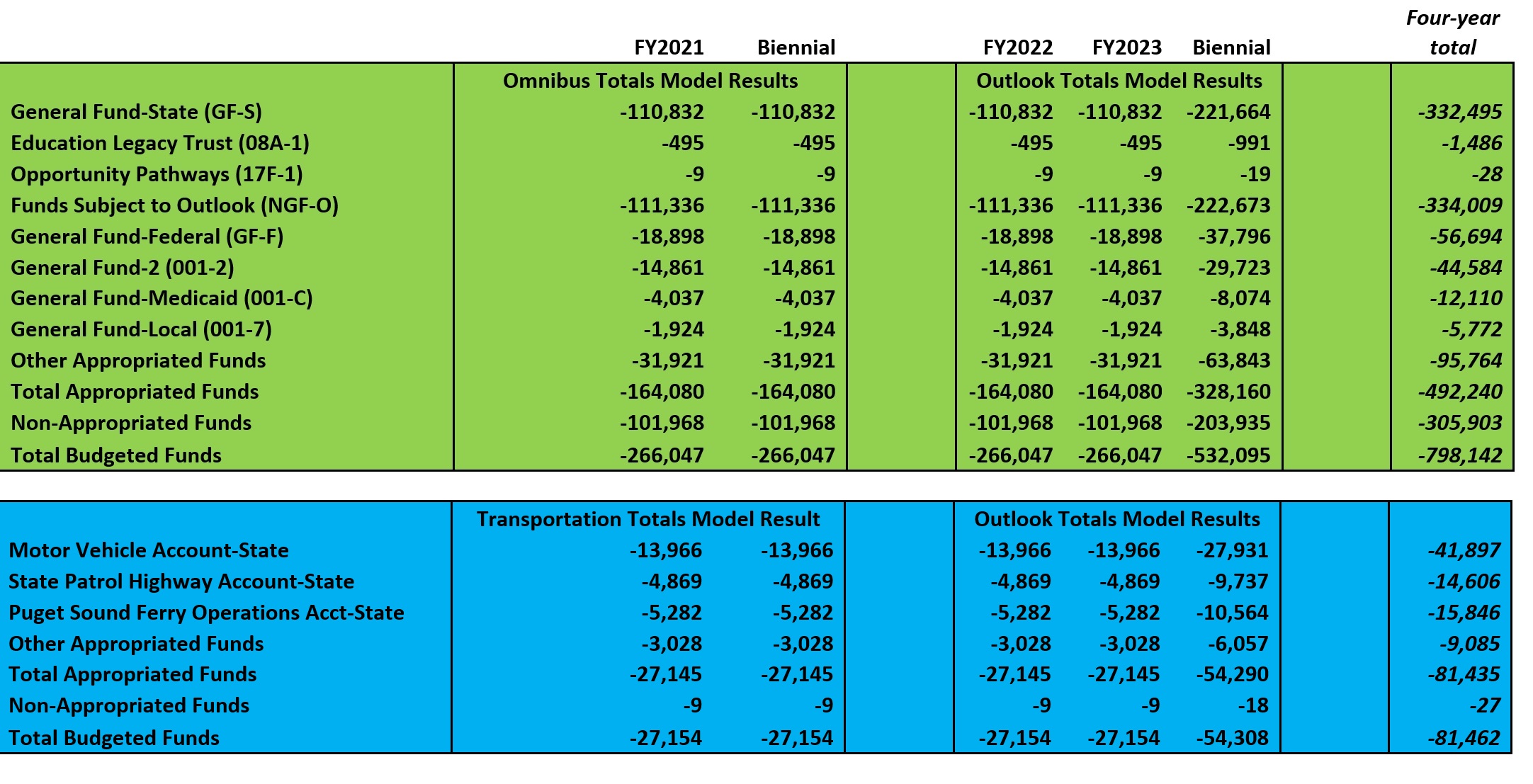