A week without wind shows the necessity of hydro power 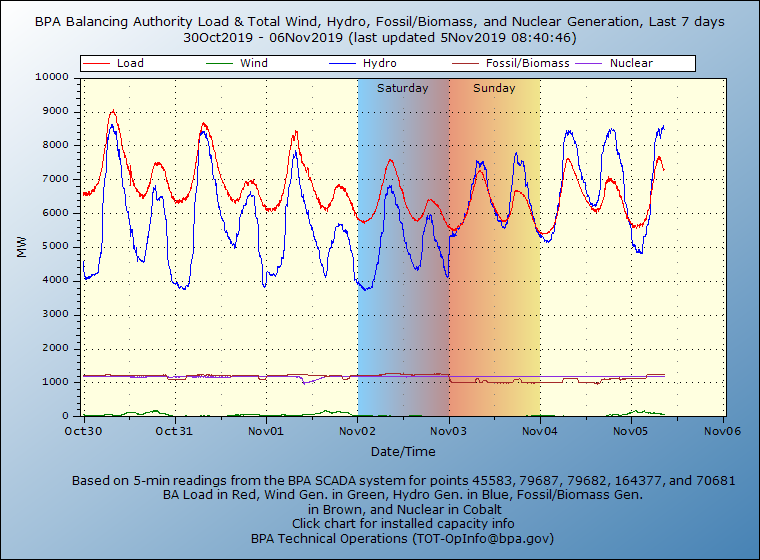 The Northwest is now in our seventh day with virtually no wind energy. Hydro power is making up for virtually all of the energy gap.

Without hydro, the only alternative in the future would be dispatachable energy like natural gas. This is why even those who advocate destroying dams on the Snake and Columbia admit that CO2 emissions and costs would increase without their energy.

Some argue that building wind turbines in Montana could help reduce the impact when wind doesn’t blow in Washington state. This, however, means building multiple backup systems to produce the same amount of electricity, which increases costs but provides no additional environmental benefit.

California is finding out what happens if you don’t pay attention to maintaining the stability of the grid. Thanks to our hydro power, we aren’t facing that problem despite a week without wind energy.