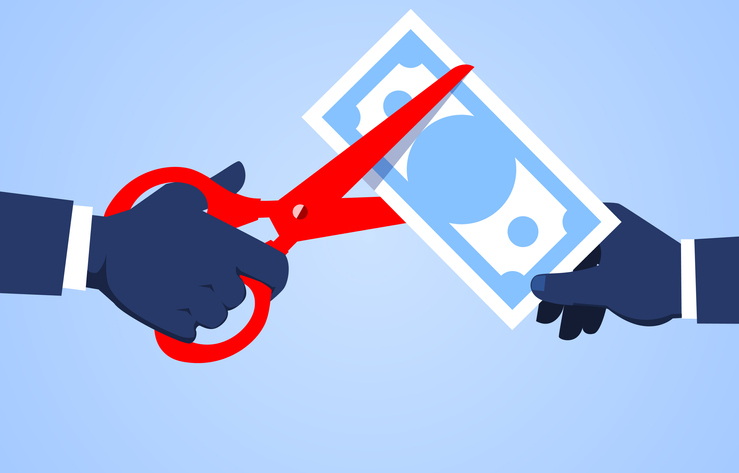 With record revenue increases and Americans being hammered by 40-year high inflation costs, states across the country have been responding with what some governors have boasted as being the “largest tax cut in state history.” These big tax cuts have been happening regardless of political control in red, purple, and blue states. Route Fifty described the national tax cut express this way:

"Tax cuts, tax cuts, tax cuts. Everyone in state capitols is talking about tax cuts these days, as elected officials facing voters this fall try to curry favor with a restless electorate."

Though most states have pursued broad tax cuts, that was not the case in Washington this year. Despite a $10.5 billion increase in revenue, Governor Inslee and the majority party in the legislature passed on the opportunity to provide broad-based tax relief in 2022, opting instead to massively increase state spending. The only tax relief of note adopted by Washington lawmakers this year was a $13 million increase in the B&O exemption for small businesses (targeted low-income tax credit is also scheduled to begin in 2023).

Washington’s unwillingness to provide citizens broad tax relief was not shared by other Democratic trifecta states (majority control of legislature and governor’s office). Here are the major tax relief policies enacted or under active consideration in the 13 other Democratic trifecta states (data reported by state revenue departments or the governor’s office):

One interesting thing to note about Oregon and Colorado, both states have requirements in law for automatic tax refunds if revenues exceed a certain percentage of growth. This policy guarantees that large increases in revenue aren’t automatically baked into future baseline spending and taxpayers are returned some of the substantial revenue growth automatically.

Tax cut policy in Washington is very different, however, as noted by the Seattle Times:

"The absence of taxpayer relief in a year of a $15 billion budget surplus — and inflation at 40-year highs — strongly indicates that the current power players simply don’t care to cut. Ever."

If Washington ever was going to provide substantial broad-based tax relief this was the year. Shockingly, the Senate majority leadership couldn’t even find the time (or will) to hold a public hearing on the bipartisan sales tax cut bill (SB 5932) prime sponsored by Senate Democratic Majority Caucus Vice-Chair Mona Das.

As noted by Senator Das, this was the year for broad-based sales tax relief, but her bill couldn't even get a public hearing.

Given the inability of the majority party in the legislature to prioritize broad-based tax relief despite more than $10 billion of revenue growth, it may be time for Washington to consider adopting a similar automatic tax rebate requirement as utilized by Oregon and Colorado.