Lawmakers claim Judge Dredd defense for Title Only bills: I am the law! 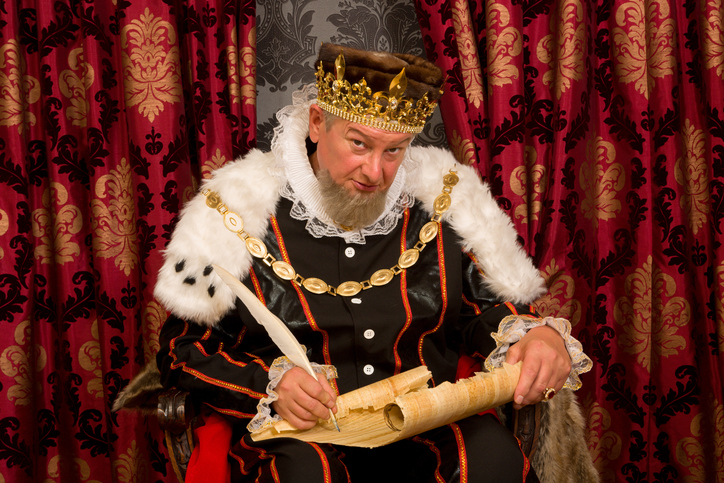 The Attorney General’s office yesterday filed a motion to dismiss the Title Only bill lawsuit against the legislature. The lawsuit represents the first legal challenge to the legislature’s use of Title Only bills to circumvent the state constitution. The stealth tax increase imposed by HB 2167 is the epitome of what Washington’s constitution tries to avoid—brand new bills in the waning hours of session rammed through without adequate public input. Reading the Attorney General’s brief defending lawmakers use of Title Only bills immediately reminded me of Judge Dredd shouting: “I never broke the Law! I am the law!”

According to the Attorney General, the courts have no right to second guess what the legislature does when adopting laws under separations of power. From his brief:

Internal processes and procedures of the type specified in article II, section 36, are precisely the type of legislative action the enrolled bill doctrine is designed to protect. "'The enrolled bill doctrine forbids an inquiry into the legislative procedures preceding the enactment of a statute that is 'properly signed and fair upon its face."' The doctrine prohibits what has been called a game of "judicial peek-a-boo into legislative processes." Simply put, Washington courts will not go behind an enrolled bill to examine the method, means, manner, or procedure by which the Legislature passed it.

. . . Plaintiffs argue that as originally introduced, HB 2167 was a "title-only bill" and that the ten days for purposes of Article II, section 36 did not begin to run until the original bill was replaced by a substitute in the House Finance Committee. Plaintiffs thus invite precisely the game of "judicial peek-a-boo into legislative processes" that the enrolled bill doctrine precludes.

. . .  plaintiffs' argument necessarily depends on an inquiry into whether the original bill was "good enough" to satisfy the Constitution, inviting the very meddling into internal legislative processes and motives that the enrolled bill doctrine precludes. And by introducing a bill bearing legislative text more than ten days before adjournment of session, the Legislature complied with the mandate of article II, section 36. For this additional reason, plaintiffs' first cause of action is legally deficient and does not raise any issue upon which declaratory relief may be granted.

Regardless of what the courts do with this lawsuit expect proposals next session to end this outrageous anti-transparent abuse. Rep. Walsh has indicated he plans to introduce a bill and Senator Lynda Wilson recently tweeted this:

“I’ve got the bill ready to go! Been ready to go for months! Title only bills must go!”

“As former Ways & Means Vice Chair, can say that ‘Title Onlys’ have been abused by both Ds and Rs and are an counterproductive crutch to keep members and public in dark until budget cake baked. Bad policy that should be eliminated.”

We previously worked with former State Auditor Brian Sonntag and former Attorney General Rob McKenna on language to help stop the abuse of public process and increase legislative transparency. Those recommendations are reflected in a bill introduced in 2014. That bill, however, never received a public hearing.

Needless to say, public interest in the Title Only bill lawsuit is high. Consider some of the recent editorial board comments about the lawsuit:

If HB 2167 didn’t violate Article 2, Section 36, nothing does, and that protection in our constitution against new bills being rammed through in the last 10 days of session without adequate public input is meaningless.