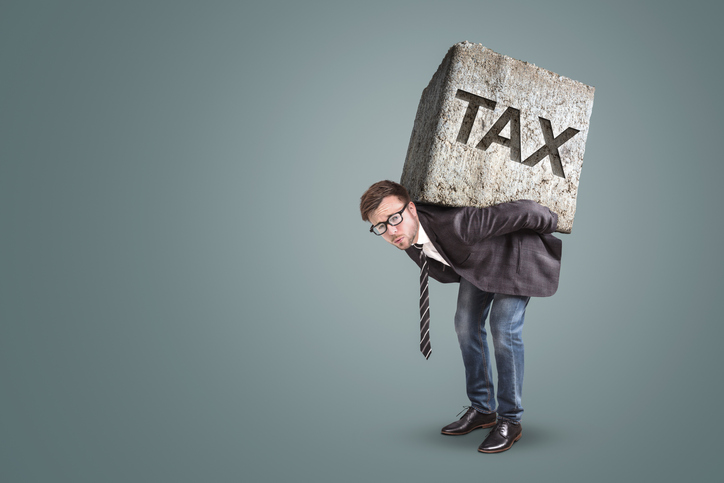 Briefing is now complete for the February 4 summary judgment hearing in the capital gains income tax lawsuit. The Edmonds School District continues to argue the court should ignore nearly a century of state supreme court rulings saying income is property, the Attorney General continues to argue that Washington has discovered a new way to tax capital gains that doesn’t exist anywhere else in the country, and plaintiffs continue to make the case that the legislature passed an unconstitutional graduated income tax on capital gains. Here are pull quotes from the final briefs filed on January 21.

“Education Parties acknowledge that this Court is bound by vertical stare decisis. While that is the case, it creates a conundrum for trial courts when faced with incorrect precedent . . . Accordingly, if the Court concludes that the capital gains tax is not an excise tax (which it should not), the Court should at a minimum recognize that Culliton and its progeny are incorrect and harmful and should not be followed in general, even if at the same time the Court determines it is bound to do so.”

“The tax does not become an ‘absolute and unavoidable demand on property’ simply because the computation of an individual’s Washington capital gains starts with an amount reported on the taxpayer’s federal income tax return. The Legislature had valid reasons for using federal terminology and federal tax concepts that have nothing to do with whether the tax is a property tax or an excise. By using federal tax amounts as the starting point to compute the ‘Washington taxable’ amount, the Legislature ‘avoided having to duplicate congressional effort involved in explaining all the possible inclusions, exemptions, and deductions necessary to reach the taxable [amount], and also helped to avoid the complication and confusion that a different set of state rules might create.’ The Legislature’s choice to use federal terminology and tax forms did not convert the estate tax into a property tax, and it likewise does not do so here.”

“This time, relying entirely on the IRS income tax returns that Washington residents must file, the Legislature levies a tax on the same long-term capital gains that are indisputably characterized as ‘income’ under federal law, as ESSB 5096 itself recognizes and calls out. Like the income tax from which it is derived, the capital gains tax is levied annually, not at the time of each transaction. Like income taxes, it is levied not on the value of the property sold in a transaction, but on an individual’s gains from holding, managing, and growing the asset over a period longer than 12 months. Like an income tax, it is based on an aggregate calculation of an individual’s capital gains over the course of a year from all sources, taking into consideration various deductions and exclusions, to arrive at a single annual income figure. And like income, the tax is levied on all long-term capital gains of an individual, regardless where on earth the gains are earned, regardless of whether the gains result from voluntary transactions, and without concern that the state confers no right or privilege to facilitate the underlying transfer that would entitle it to charge an excise.”

Directly addressing the Attorney General’s attempt to have my declaration and public records from the IRS and state revenue departments struck from the court record, plaintiffs said:

“The State’s motion to strike the Declaration of Jason Mercier, should be denied. Mr. Mercier testifies as an expert on tax policy. His opinions on taxing capital gains are based on a state-by-state survey he conducted. The survey results are “‘of a type reasonably relied upon by experts in the particular field in forming opinions or inferences upon the subject.’” His general opinion is admissible even if the underlying correspondence is not. Additionally, Exhibit C to the Mercier declaration is a report on ESSB 5096 prepared by the Washington Department of Revenue that is an admission of a party-opponent.”

“The State’s effort to re-imagine an annual tax on aggregate capital gains earned anywhere in the world and derived from federal income tax returns to be an ‘excise tax’ is simply not credible. And except to contest Mr. Mercier’s testimony, the State never disputes that the federal government, and every state that taxes capital gains, all define gains as on income. Although his declaration is admissible, the Court is not required to rely just on Mr. Mercier’s 50-state survey and expert opinion establishing that states uniformly treat capital gains as income because statutory law in each state confirms his statement and obviously controls.”

Proving yet again that taxes rates continue to creep up once in place, even before the court has had a chance to rule on the capital gains income tax or the first tax payments are owed, a new bill has been filed to increase the tax rate from 7% to 14% for some types of income. This new bill even refers to applying the proposed 14% tax rate to “compensation.” From SB 5926:

“The tax on an individual's Washington capital gains derived primarily as compensation for investment management services is subject to a rate of 14 percent.”

With briefing now complete the table has been set for the judge to make his decision. TVW plans to broadcast the February 4 summary judgment hearing.