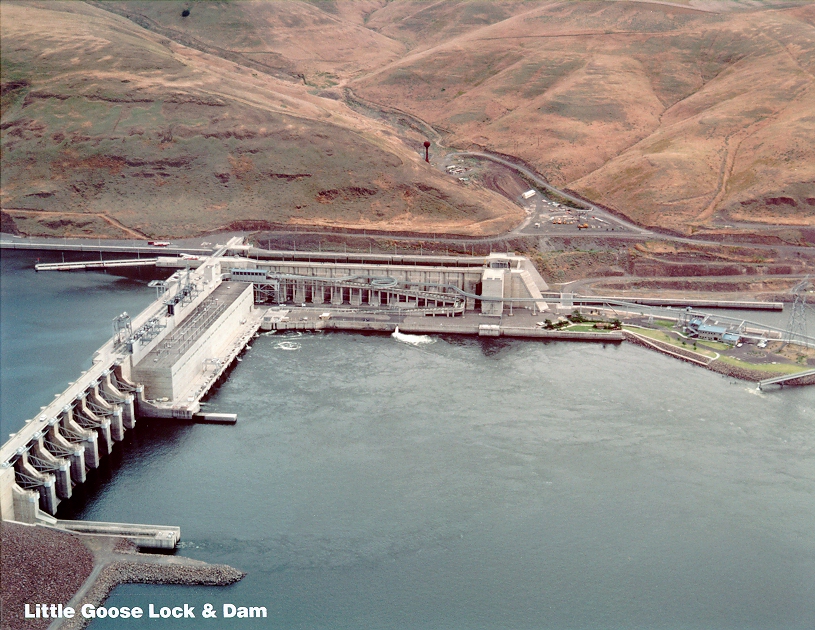 What will it cost to replace the electricity from the four Lower Snake River dams? A study from the left-wing NW Energy Coalition claims it will be cheap and easy, which they say is good. It also claims it will be expensive, which, they say, is also good.

We’ve examined this issue before, and I wrote an analysis for the Idaho Law Review last year, which estimated it would cost about $200 million more every year to replace the electricity and environmental benefits of the dams.

Now, the NW Energy Coalition has released a study that glibly claims we could easily replace the electricity from the four Lower Snake River dams. They offer several scenarios, but the only one that comes close to replacing the lost electricity at a reasonable price is called “Balanced Plus” in their study.

Under that scenario, they claim we can add 1.7 million megawatt hours (MWh) of electricity from solar power in Idaho. That is as much solar power as Texas and Utah currently produce, combined. It is 57 times as much solar as is produced in Idaho currently. Fifty-seven times.

All that solar power is still less than 20 percent of what is needed. We would also have to increase total wind production by 4.8 million MWh annually. This is more than is produced by either Virginia or New York and is 50 percent more than Washington state currently produces. Even all that only replaces 86 percent, according to their study.

Notably, adding that massive amount of wind and solar still doesn’t get us back to even. We still end up with less electricity than we have now. 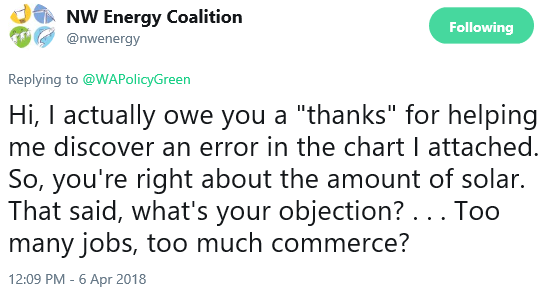 I pointed this out on Twitter in response to the NW Energy Coalition’s study. Initially they argued I was incorrect. After I posted the section of their own study where I found the information, they admitted I was right. Suddenly, however, the higher cost was a benefit because it creates jobs. This is the broken window fallacy, the belief that destroying things, like windows or dams, is good for the economy because it puts others to work. By this logic, we should also begin destroying windmills so we can turn around and replace them to create jobs.

The entire purpose of the study, of course, is to demonstrate that replacing the electricity is inexpensive. When that was wrong, they quickly shifted their argument, even though it is the opposite of the original claim.

There are other problems as well.

Destroying the dams would actually take us backward on carbon emissions.

The study also argues the additional cost of electricity would be low, adding only $1.28 per month, per household. There are a few problems with this claim.

First, the study spreads the total additional cost over the entire four-state region of Idaho, Montana, Oregon, and Washington. They assume people in Billings, Medford, and Bellingham would all be paying extra for energy they don’t use. That isn’t how it works in the real world. Regulated utilities cannot simply pass along costs to other utility districts or states. In reality, some customers will see costs go up by much more than is claimed in the study.

Second, their cost estimates are very low. They estimate that solar energy will be less expensive than natural gas when the dams are destroyed. They cite a study from Lazard to justify this claim. However, while the study by Energy Strategies assumes solar will be added in Idaho, the Lazard study assumes solar will be added “in a high insolation jurisdiction (e.g., Southwest U.S.).” This is a major flaw. According to the National Renewable Energy Laboratory, the highest level of solar potential in Idaho is equal to the worst solar potential in Arizona. This error skews the cost of solar energy in the study by about 30 percent.

Additionally, the Energy Information Administration disagrees with the Lazard estimates. According to the EIA, the average cost of natural gas electricity in 2022 will be $49/MWh. Photovoltaic solar, on the other hand, will cost $63.2/MWh, about 30 percent more than natural gas.

The NW Energy Coalition’s cost estimates are extremely low, even contradicting the studies they claim to cite.

The study, produced by Energy Strategies LLC for the NW Energy Coalition, fails in several areas to present an accurate estimate of costs to replace the electricity from the Snake River Dams.

It assumes Idaho can add as much solar as Texas and Utah combined. It fails to actually replace all the electricity from the dams. It admits carbon emissions will actually increase. It inaccurately represents the total cost of replacement by misquoting cost estimates and then unreasonably claims those costs will be shared by people who will never actually use the electricity.

Although the study isn’t a useful tool for public policy guidance, it illuminates the lengths some will go to in order to push an agenda even when the data are not on their side. 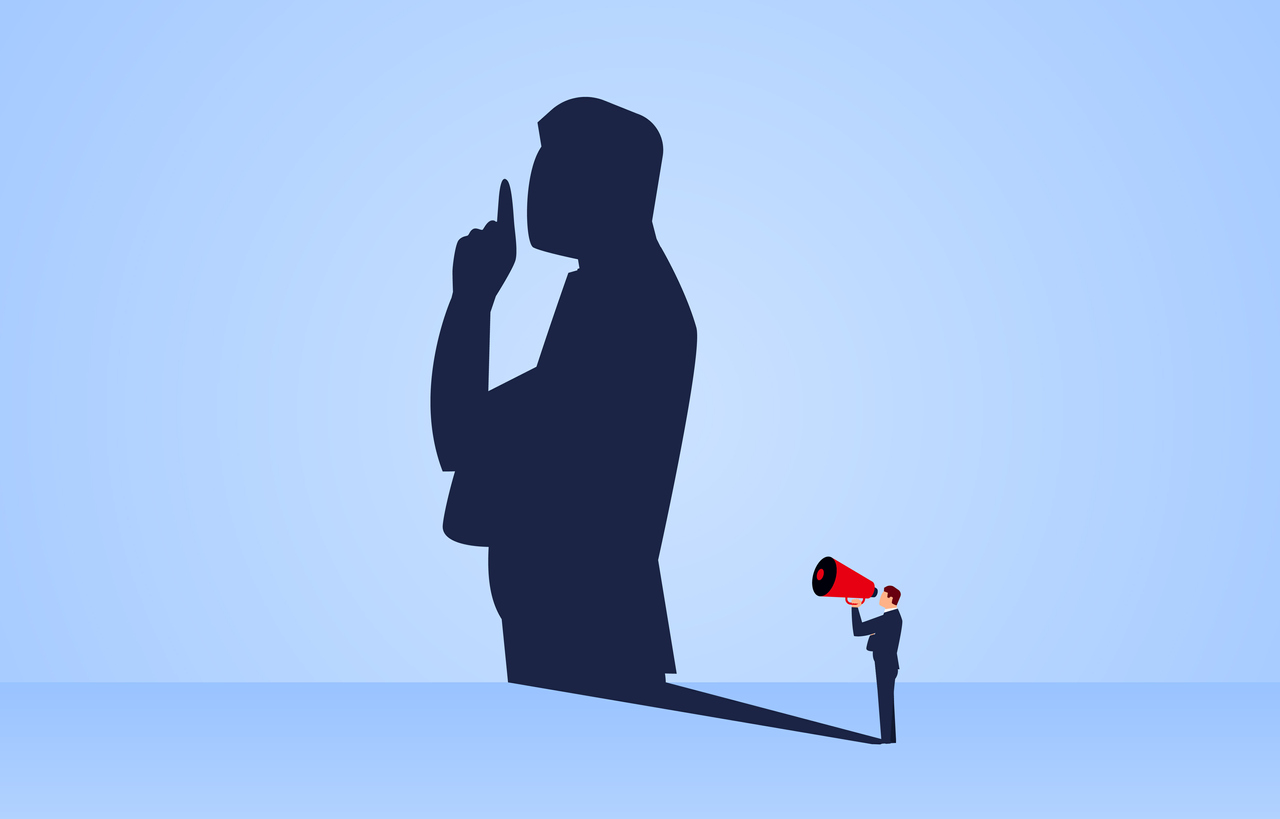