In 2002 Governor Gary Locke signed a bill, HB 1268, that fundamentally altered the balance of power between the governor and legislature concerning state employee compensation in the budget. The bill’s purpose was to reform Washington’s civil service laws and for the first time in state history give state employee union executives the power to negotiate directly with the governor behind closed the doors for salary and benefit increases. Before 2002, collective bargaining for state employees was limited to non-economic issues such as work conditions, while salary and benefit levels were determined through the normal budget process in the legislature.

Since the secret collective bargaining law went into full effect in 2004, state union executives no longer have their priorities weighed equally with every other special interest during the legislative budget process. Instead they now negotiate directly with the governor in secret, while lawmakers only have the opportunity to say yes or no to the entire contract agreed to with the governor.

Not only are there serious transparency concerns with this arrangement, there are also potential constitutional flaws by unduly restricting the legislature’s constitutional authority to write the state budget. With the senate’s rejection this year of a state employee contract secretly negotiated with the governor last summer, this issue is now a central part of the 2015-17 state budget debate.

Lawmakers are being asked to provide funding for the state employee contract as negotiated secretly by the governor, without offering changes or amendment. There is also the question of whether lawmakers are ready to give their approval to the other controversial provisions of the contracts, including the requirement that state employees be fired if they do not comply with the union security provision, and the restriction on transparency for future negotiations. Here are those contract provisions:

“40.3 Union Security: All employees covered by this Agreement will, as a condition of employment, either become members of the Union and pay membership dues or, as non-members, pay a fee as described in Subsection 40.3 A, B, and C below, no later than the 30th day following the effective date of this Agreement or the beginning of their employment . . . If an employee fails to meet the union security provisions outlined above, the Union may notify the Employer. If the Union notifies the Employer, the Union will inform the employee that his or her employment may be terminated.”

“Confidentiality/Media Communication (Article 39): Bargaining sessions will be closed to the press and the public unless agreed otherwise by the chief spokespersons. No proposals will be placed on the parties’ web sites. The parties are not precluded from generally communicating with their respective constituencies about the status of negotiations while they are taking place. There will be no public disclosure or public discussion of the issues being negotiated until resolution or impasse is reached on all issues submitted for negotiations.”

Now that the house and senate have approved their versions of the 2015-17 state budget, legislative budget negotiators are hard at work trying to come to an agreement before the scheduled end of the 105-day 2015 legislative session on April 26.

The house would approve the contracts and pay for them with tax increases. The senate rejects the contracts and new taxes and instead would provide a capped amount of funding within available resources for the governor and unions to use in renegotiations. The governor, house and state employee unions are claiming the senate’s proposal is illegal under the 2002 law.

On the eve of budget negotiations, Governor Inslee’s budget office (Office of Financial Management) sent lawmakers a letter expressing concern with several provisions of their budgets. Among the concerns expressed:

“Under state law, the Legislature may only approve or reject the request for funds for collective bargaining agreements as a whole. If the Legislature rejects the funding requests - as the Senate does - the governor and higher education institutions must negotiate new agreements with state employee unions. By statute, new agreements would have to be submitted to the Office of Financial Management by October 1 and found financially feasible before going back to the Legislature for funding consideration.

The statute does not provide a framework for the Legislature to preapprove or set the fiscal parameters for negotiations. In addition, other provisions of labor law do not permit the state to limit the subjects of bargaining once the parties are back in negotiations. Based on the state collective bargaining framework and other provisions of labor law, it is uncertain whether the employee compensation provisions in the Senate budget could be implemented.”

The (Tacoma) News Tribune reported this response from the Senate Republican majority to the governor’s letter:

“But Republicans insist their plan would work because they aren’t dictating the exact terms of the contracts. The Senate budget would set aside a pot of money large enough to fund annual $1,000 raises for state agency employees — or $95.8 million over two years — and send the governor’s office and 23 employee unions back to the bargaining table to negotiate any deal they’d like . . .

Sen. John Braun, R-Centralia, said that because the Senate budget avoids imposing specific raises on employees, it stays within the bounds of the law.

'We’re saying, we think there’s a better way, and here’s the money to do that,' said Braun, who is Senate Republicans’ leader on state employee pay issues. 'We recognize that this a process.'

Braun and other Senate Republicans said the Legislature did something similar in 2003, when it rejected labor contracts for home health care workers. While rejecting the contracts, lawmakers approved enough money to cover pay increases of 75 cents per hour for those workers.”

Whether or not the senate proposal is allowed under the 2002 state collective bargaining law, the larger question is whether that law’s policy of restricting the legislature’s ability to make budget decisions is constitutional in the first place.

Is the 2002 collective bargaining law constitutional?

A compelling 2006 article in the University of Washington’s Law Review, however, makes the case that the 2002 law is an unconstitutional infringement on the legislature’s constitutional authority to determine appropriations. The author argues the 2002 law is a violation of separation of powers because it gives the governor too much power over the legislature on this budget question:

“In its present form, the PSRA [collective bargaining law] would not survive a challenge under Washington’s separation of powers doctrine. Section 302(3), which requires the legislature to accept or reject funding as a whole for proposed collective bargaining agreements, runs afoul of three factors courts often use when applying the separation of powers doctrine.

The PSRA upsets the delicate balance between the Governor and the legislature in the appropriations process, it transfers power to the Governor in an area of the law traditionally marked by legislative-executive conflict, and it infringes on the legislature’s core function of controlling spending policy. Specifically, section 302(3) contains two constitutional flaws.

First, section 302(3) reverses the traditional roles of the Governor and the legislature.

“Second, by forcing legislators into a dilemma of either approving an appropriations act containing measures that would not pass if considered alone or rejecting the act wholesale, it undermines the legislature’s core power to substantively set the state’s spending priorities.”

Since 2004, the legislature has approved contracts submitted to them that union executives secretly negotiated with the governor. With the senate now deciding to reject those contracts, the governor, house and union executives say what the senate did is illegal under the law. For that reason this is a good time for lawmakers to review whether the 2002 collective bargaining law is constitutional to begin with.

Even if the 2002 law is found to be constitutional, the secrecy of collective bargain negotiations should be reformed. Under a bill introduced this year (Senate Bill 5329) public employee negotiations would become subject to the state’s open public meetings law, so that the public, media and lawmakers could see what tradeoffs and promises are being discussed before final agreements are reached. This is similar to the transparent process used in several other states when deciding the compensation of government employees, and the amount of tax dollars required to fund the agreements.

In fact, the Governor of Idaho recently signed into law a bipartisan bill passed unanimously by both the Idaho House and Senate to bring public employee union negotiations under the open meetings law. The lack of dissent on this reform in Idaho shows transparency for public union negotiations enjoys the broad support of both parties.

Senate Bill 5329 did not receive a vote before the cutoff date, so it is unlikely to pass this session.

This does not mean, however, the legislature still cannot act this session to provide more transparency for these negotiations.

The legislature still must decide whether to approve and fund the secretly negotiated contracts. This decision meets the standard Necessary to Implement the Budget (NTIB), which means a bill could be introduced on the topic of approving the contracts. Depending on the bill title, such a discussion could also address whether future negotiations should occur in a more transparent way.

Further, a variation of Senate Bill 5329 could still win legislative support this session. One approach would be to require a process similar to what the City of Costa Mesa, California uses to keep the public informed, a process called COIN (Civic Openness in Negotiations).

Under this system all the proposals and documents to be discussed in closed-door secret negotiation are made publicly available before and after the meetings, with fiscal analysis provided showing the costs.

While not full-fledged open meetings as proposed by SB 5329, providing the public access to proposals before the meetings would better inform the public about the promises and trade-offs being proposed with their tax dollars before an agreement is reached. This openness would make it clear whether one side is being unreasonable, and would quickly reveal whether any side in the negotiations is acting in bad faith.

State and local public union employment contracts should not be negotiated in secret. The public provides the money for these agreements. Taxpayers should be able to follow the process and hold government officials accountable for the spending decisions they make on the public’s behalf. Greater accountability in this area of public spending would serve the public interest.

It is also a good time to revisit the decision made in 2002 that limited the authority of lawmakers to make prioritizations within the budget when it comes to state employee compensation. This is especially important considering the compelling arguments made in the University of Washington’s Law Review publication, showing the 2002 law is an unconstitutional infringement on the legislature’s authority to make budget decisions.

Ultimately state employee union contracts negotiated solely with the governor should be limited to non-economic issues. Anything requiring an appropriation (especially new spending that relies on a tax increase) should be part of the normal open and public budget process in the legislature.

As for the current budget negotiations, whether or not the senate ultimately agrees with the house to provide funding for the secretly negotiated state employee contracts, lawmakers should at least secure much needed transparency and accountability reforms for future union negotiations. 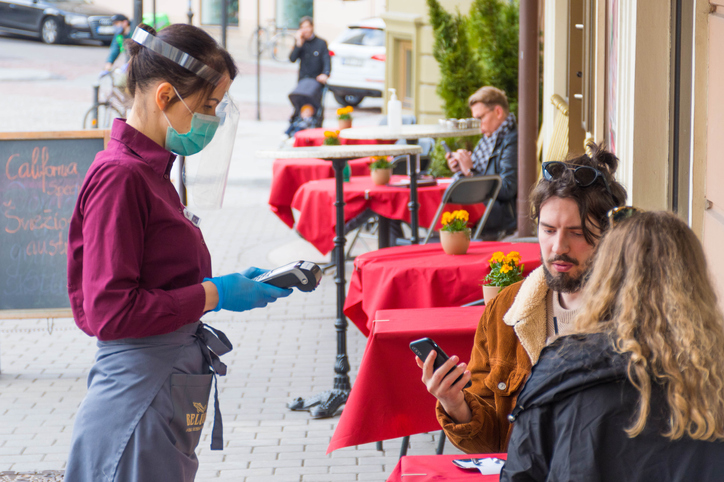