Live, from the steps of the U.S. Supreme Court… 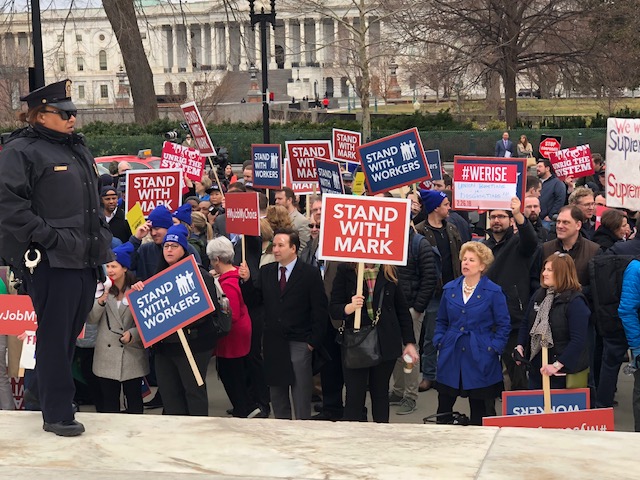 Earlier today I joined hundreds of other supporters of workers’ rights on the steps of the nation’s highest court to show support for Mark Janus, the lead plaintiff in the landmark case of Janus v. American Federation of State, County and Municipal Employees (AFSCME).   While those who support worker rights and those who support forced unionization rallied 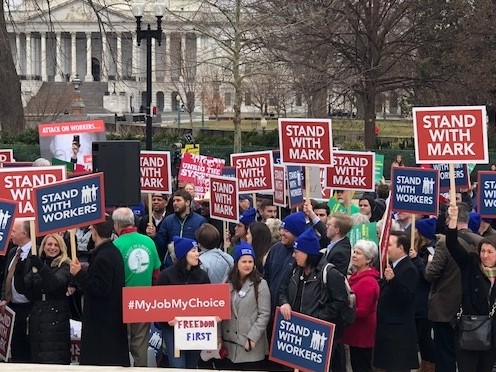 for their respective causes on the Court steps, the nine Supreme Court Justices who will rule on Janus this summer were hearing oral arguments on the case that will determine whether requiring public employees to pay union dues or agency fees for the privilege of working violates the First Amendment rights of those workers.

Mark Janus is a child care specialist who works for the state of Illinois.  His case argues that since everything public employee unions bargain for pertains to public policy, it is all inherently political and therefore it is a violation of his constitutional rights to be forced to support the union in any way.

If the Court rules in favor of Janus, every public employee would have the right to decide for themselves whether to join and support a union.  The implications of the Janus case go far beyond Illinois.  A ruling in favor of Janus would essentially guarantee the right-to-work for all government employees in all 50 states. 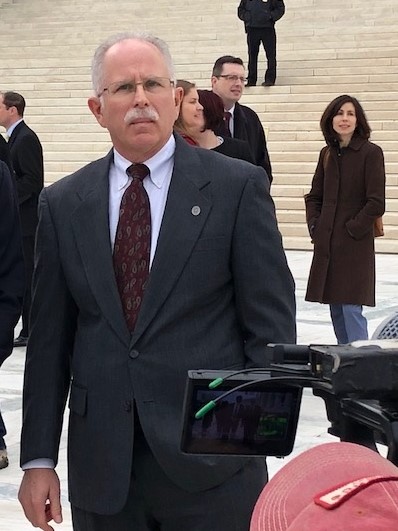 Justices Anthony Kennedy and Samuel Alito were the most vocal in questioning the union’s defense of forced dues and fees, with Justice Kennedy maneuvering the AFSCME attorney into admitting a ruling in favor of Janus would reduce the union’s political influence.  Upon that admission, Justice Kennedy neatly summed it up:

“Isn’t that the end of this case?”

Chief Justice John Roberts also zeroed in on Janus’ argument that everything a public employee union does is inherently political:

"How do negotiation over wages not affect the state budget?"

The newest member of the Court, Neil Gorsuch, who many believe will provide the tie-breaking fifth vote, was silent throughout the hearing, as was Justice Clarence Thomas.

The main arguments from the liberal Justices on the Court appeared to be that unions would be hurt by a decision ending forced unionism, and that the status quo should be upheld simply because it has been that way for so long.

Justices Ruth Ginsburg and Sonia Sotomayor worried about the impact on unions, with Ginsburg saying it could “drain” union’s resources, and Sotomayor declaring a ruling in favor of Janus would “do away with unions." 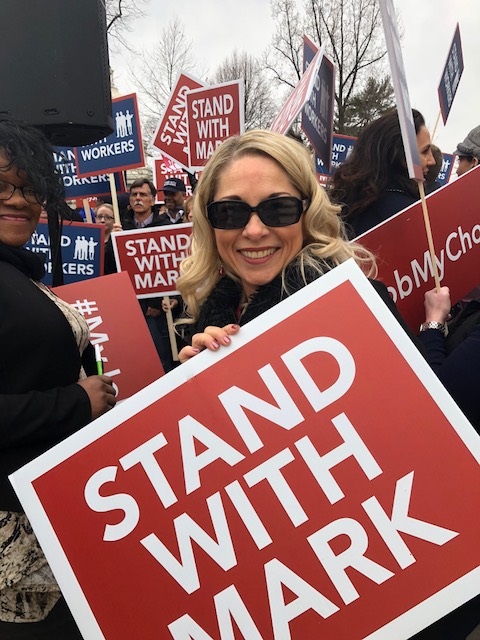 Noting the Supreme Court ruled 41 years ago in Abood v. Detroit Board of Education that public sector unions could compel public workers to financially support the union, Justice Elana Kagan focused her concerns over how disruptive a ruling overturning that precedent would be—primarily because such a reversal would change current laws in 23 states and collective bargaining agreements would have to be renegotiated:

I would argue the justification is because the First Amendment rights of millions of public employees are being violated, and fixing it is the right thing to do.

Justice Kagan’s argument is similar to Justice Stephen Breyer’s primary concern in the case of Friedrichs v. California Teachers Association, the legal predecessor to Janus that ended in 4-4 split after the death of Justice Antonin Scalia in 2016.  In oral arguments in that case, Breyer seemingly argued the status quo should be upheld simply because it has been that way for so long:

“You start overruling things, what happens to the country thinking of us as a kind of stability in a world that is tough because it changes a lot?” 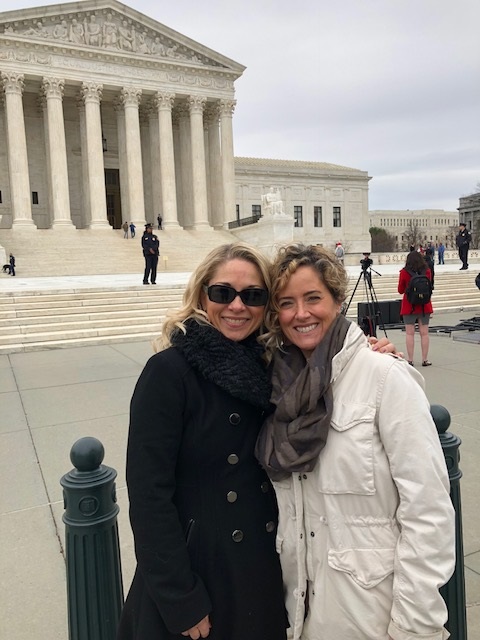 Maintaining the status quo, simply because it would be too disruptive to change it, seems like a pretty thin legal argument.  I’m sure many segregationists were happy with the status quo before the U.S. Supreme Court declared state laws establishing separate public schools for black and white students to be unconstitutional.  The unanimous decision ending racial segregation in public schools in the landmark Brown v. The Board of Education overturned the Court's previous ruling 58 years earlier in Plessy v. Ferguson (1896).  Needless to say, the decision to undo nearly 60 years of law was controversial in many states and municipalities, and forced school districts in states across the country to make what were considered by many at the time to be hard changes.

Those nine Justices certainly did not take the path of least resistance when they made that watershed decision.  But it was the right decision, and so they did it.  And there are dozens of other cases where the Court has not hesitated to overrule itself when it has been clear a prior decision was a bad one.

Let’s hope this Court can admit the Abood decision that has sanctioned the violation of the constitutional rights of millions of public employees for over 40 years was a bad one.