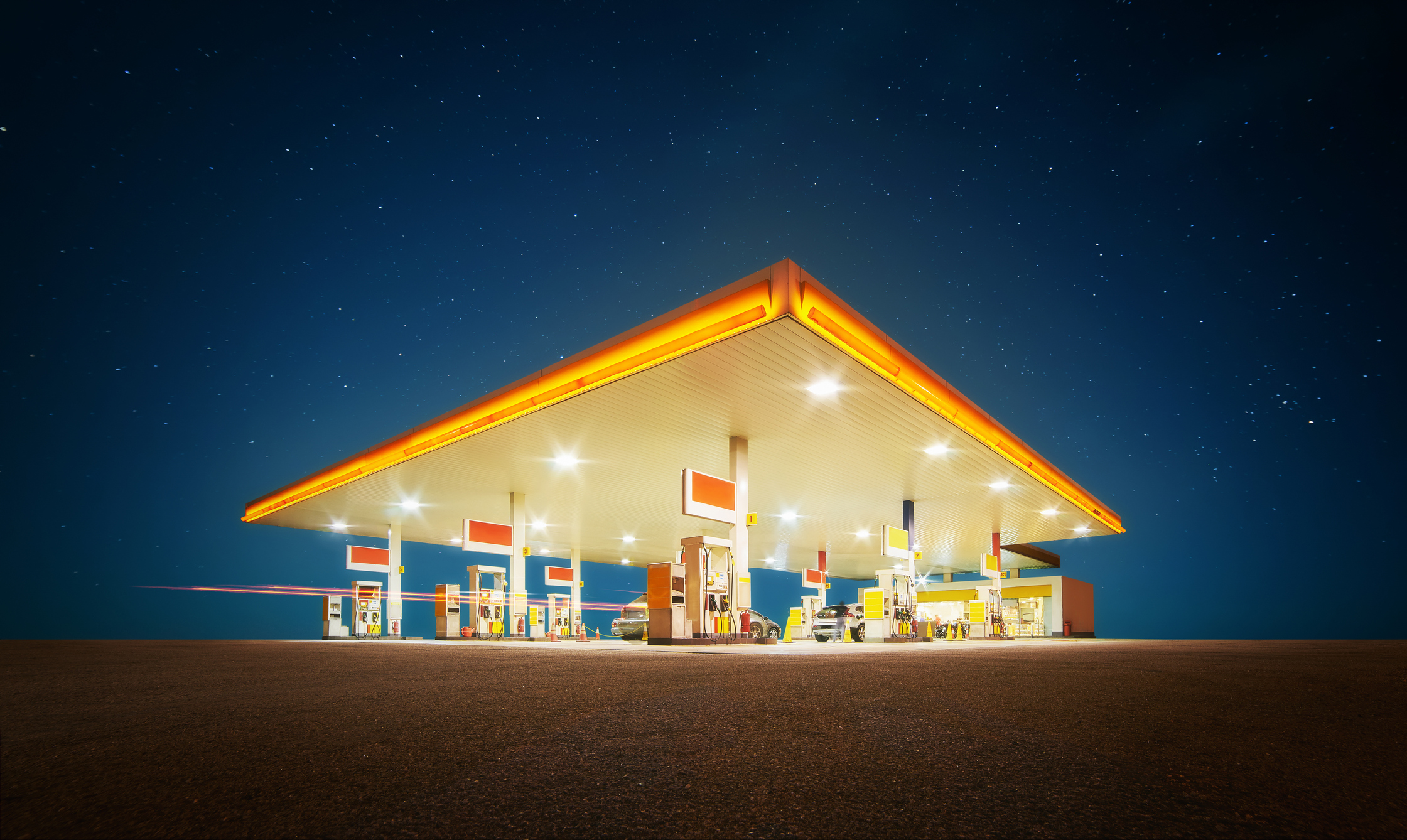 Through a public disclosure request, Washington Policy Center obtained a document that lays out the Governor’s goals, principles, “must-haves,” supported revenue options and potential policy changes for what would be the Governor’s “Transportation Investment Package” in 2021. The document was developed by the Governor’s senior policy advisor in late April, and was reviewed by the Office of Financial Management (OFM) in early May of this year.

One of the revenue options included on the list (shown below) is a Road Usage Charge (RUC), also known as a mileage tax. The Governor’s senior policy advisor added a note to the RUC option, indicating “this has been proposed as a replacement for the gas tax. Could consider replacement + new revenue.”

The note about a RUC functioning as a “replacement + new revenue” raises a red flag. It could mean the Governor’s office would like a RUC to supplement the gas tax until the gas tax is retired and can be fully replaced. It could also mean a gas tax is replaced with a much more expensive mileage tax. This is all speculation, however, since the language is unclear. 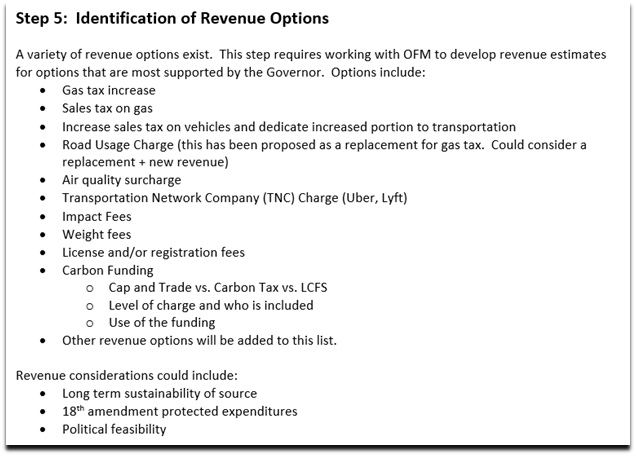 I followed up with the Governor’s staffer who wrote this draft for clarification on this point and received the following response: “The document you are referencing is a deliberative, internal staff document that lists ideas which have not been vetted, furthered or advanced.”

My question was not answered and so it remains unclear how the Governor’s office views or intends to leverage a RUC. We will continue to track this issue closely, as it appears that both the Governor’s office and the state’s Department of Transportation (a cabinet agency) have different aspirations for a RUC  that conflict with the recommendations provided by the state Transportation Commission leading the RUC research and policy effort.