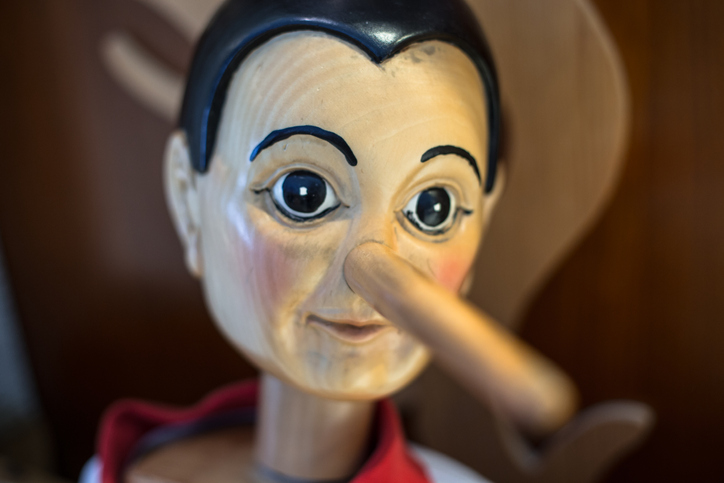 According to a new report by ECONorthwest, households in Fresno, California and Butte, Montana are willing to pay $40 a year to destroy the four Lower Snake River Dams, whether they can find them on a map or not. People in Los Angeles, they claim, will flock to Tucannon to enjoy the, now undammed, Snake River.

Based on a badly biased study from Save Our Wild Salmon – a group that openly advocates the destruction of the dams – the study’s authors claim that people across a five-state region would be willing to pay billions to remove the dams and recreation in Southeast Washington would dramatically increase.

The study, however, is founded on inaccurate and unscientific claims and research. Here are just a few of the most significant flaws.

To determine how much people would be willing to pay to remove the dams, ECONorthwest used a public opinion survey from Save Our Wild Salmon (SOWS), an environmental group dedicated to destroying the Snake River Dams. That bias is obvious in the wording of the question: “Removing four dams on the Lower Snake River would restore wild salmon and improve water quality, but might lead to a slight increase in electricity costs. Would you be willing to pay an additional ____ on your electric bill in order to ensure that wild salmon would be protected.”

The question promises destroying the dams would “restore wild salmon” in exchange, there “might” be a “slight increase in electricity costs.” This fundamentally disingenuous (and inaccurate) question is the foundation of the study.

The question not only includes slanted language, it is inaccurate. NOAA Fisheries released its recovery plan for Snake River Chinook in 2017, noting that destroying the dams would not guarantee recovery. NOAA’s study points out that the dams “are very close to achieving, or have already achieved, the juvenile dam passage survival objective of 96 percent for yearling Chinook salmon and steelhead migrants.”

What’s more, ECONorthwest’s own narrative admits the language of the question is false. ECONorthwest researchers write that “the chance of meeting the recovery goals is estimated to be approximately 20 percent higher with dam removal for spring/summer Chinook.” Although the survey question says destroying the dams would “ensure that wild salmon would be protected,” ECONorthwest admits it would increase chances of recovery by a mere 20% (this claim is also dubious, but we will set that aside).

The study’s key finding is based on a claim their own narrative admits is false.

Study assumes people in Seattle, San Diego, and Idaho Falls are the same

The SOWS poll surveyed 400 people in Washington state in 2018. ECONorthwest, however, applied the results to “a five-state region is evaluated that includes Washington, Oregon, Idaho, Montana, and California.” The assumption is that if someone in Seattle says they will pay $40 a year to destroy the dams, that must also be true of people in Fresno, Kalispell, and Bend. This would not be acceptable in any professional poll.

In the same way we wouldn’t believe a “statewide” poll that only surveyed people from Yakima, it makes no sense to assume that people in San Diego have the same willingness to pay as people in Seattle for an issue in Washington state. This is why presidential pollsters run separate surveys for the entire U.S. and battleground states like Iowa. They understand that geography is not fungible. ECONorthwest does not.

Recreation claims have been disproven

The report claims destroying the Snake River dams would cause a significant increase in recreation in towns like Tucannon. The claims are based, in part, on a 1996 study that claimed removing the dams on the Elwha River would “would result in 500,000 more visitor days to the area per year from U.S. residents alone, with associated expenditures of $43.8 million per year. These expenditures were expected to support 446 additional jobs in the county.” The dams were removed in 2014, so we can test these claims.

Ironically, in 2016 the number of recreational visits fell to zero as the previously dammed river washed out the road.  The number increased a little in 2017 but went down to zero again in 2018.

This also gives us the opportunity to see if the loss of recreation had a negative impact on jobs. If removing the dams increased recreation and employment, the complete elimination of recreational visits should have reduced the number of jobs in Clallam County. The data contradict that claim.

In 2015, there were a combined 957 jobs in Clallam County for the NAICS codes covering recreation, agriculture, forestry, hunting, and fishing. Although this includes more than just recreation-related industries, we can see if there is a noticeable impact on jobs in the county, even if the exact magnitude is unclear. Rather than declining the number of jobs increased in 2016 to 992. The same trend was true in accommodation and food services. As recreation visits on the Elwha fell to zero, the number of hotel and restaurant jobs increased from 2219 to 2339.

Rather than losing jobs when recreation went to zero, as the ECONorthwest study would imply, the number of jobs increased. Real-world data contradict the 1996 they rely on.

There are many other flaws. The problems outlined here, however, are enough to demonstrate the uselessness of this report. Worse, it encourages politicians waste resources on dam removal that will do little for salmon, steering money away from projects that would meaningfully improve salmon habitat and populations.

Encouraging policymakers to waste real dollars and damage our electrical grid with vague, but inaccurate, promises of salmon recovery and billions of theoretical dollars is simply irresponsible.