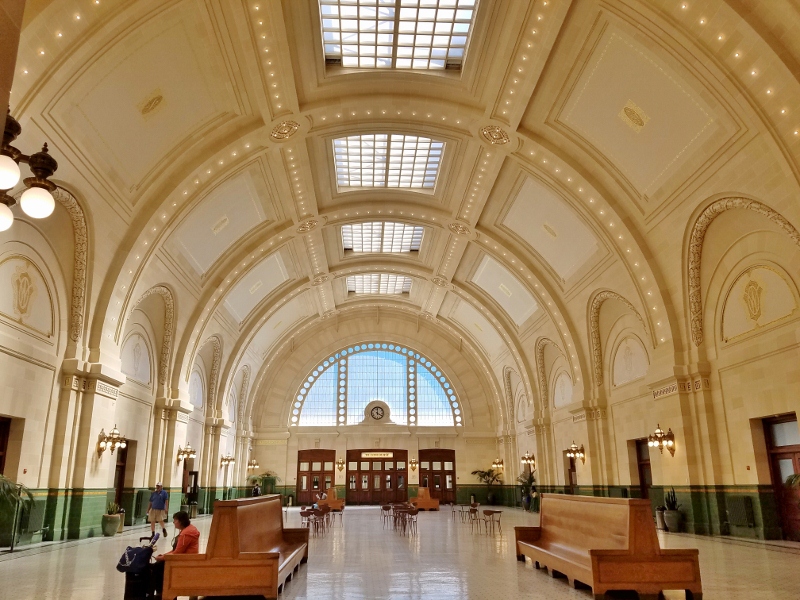 The governance structure of the Sound Transit Board

Voters in the Sound Transit taxing district will get to decide this November whether or not they want to be indefinitely taxed in order to fund Sound Transit’s light rail extensions in Sound Transit 3 (ST3).

The Sound Transit Board that unanimously approved the regressive $54 billion-dollar tax package to go to the ballot consists of 18 members, including the current Secretary of the Washington State Department of Transportation. Fourteen of these members are hand-picked by the King, Pierce and Snohomish County executives. In fact, a majority of the members are picked by the Sound Transit Board Chair and King County Executive Dow Constantine. This structure of appointment versus popular election shields the Board and the Sound Transit staff from direct public accountability.

Consequently, the Board members are selected for their loyalty to Sound Transit rather than to their constituents. Over its 22-year history, very few members have challenged the organization, and those that have, like former King County Councilman and Sound Transit Board member Rob McKenna, were removed from the Board.

Sound Transit claims they are held accountable through the 15-member Citizen’s Oversight Panel (COP), but the panel members are appointed by the Sound Transit Board. Moreover, applicants must adhere to Sound Transit’s Ethics Policy, which requires that:

“All Sound Transit Board members, officers and employees devote their best efforts and attention to…strengthening public confidence in the integrity of Sound Transit’s decisions…”

In other words, they are to be Sound Transit’s advocates rather than a truly independent panel.

A 2012 performance audit of Sound Transit found the panel to suffer from “poor ethics [and] a poor understanding of its mission.” Panelists have included members of pro-transit nonprofits and companies that have received Sound Transit contracts, which the Auditor found to be a poor regulation of outside interests.

At the time of the audit, one panel member had served as a Sound Transit Board member in the 1990s and seven members had submitted letters of interest to the Board that focused on their support of Sound Transit’s mission rather than any interest in the oversight function of the COP. It comes as no surprise then that panel members were found to have participated in “highly visible” pro-transit political advocacy, which raised questions about their ability to be objective and ethical.

The audit also found that the panel acted more as an advisory rather than an oversight committee. In 2008, Sound Transit’s former CEO stated, “[The] COP’s role has clearly been oversight and if members want to change that in ST2, they can recommend it; however, there is the danger of losing [the] COP’s perceived independence [emphasis added].” The unelected COP often focused on areas that voters never approved and could do so without fear of being replaced because they were (and still are) appointees.

As a result of the composition of the appointed panel by the appointed Board, the COP does not contain any substantial diversity of views on Sound Transit proposals like ST3, which further insulates the Board from accountability and any actual oversight.

Sound Transit officials have a pattern of regularly and unilaterally changing the definition of success to avoid being held publicly accountable for their failures.

One of Washington Policy Center’s long-standing policy recommendations has been to improve Sound Transit’s accountability and governance structure. The Sound Transit Board should not receive special exemption from the principle of fair and proportional representation, especially when they want indefinite access to taxpayer wallets for a project that they say will not reduce traffic congestion in our daily highway commute.

During the 2015-16 Legislative Session, legislation was proposed by Senator Steve O’Ban and Representative Mark Harmsworth to modify the election and authority of the Sound Transit Board. Senate Bill 6395 received a public hearing but was not voted out of committee. Its companion, House Bill 2734, did not receive a public hearing at all. Neither bill received public debate on the Senate or House floors and both were effectively killed.

While we recognize that it is unrealistic for all cities in the service area to be represented on the Sound Transit Board, individual taxpayers should have a voice in electing and holding Board members, like legislators, directly accountable for cost overruns, broken promises, concerns over subarea equity and delayed project timelines. Modifying RCW 81.112.040 is a good place to start.

Additionally, further discussion should take place about whether or not the Citizen’s Oversight Panel should be appointed by the Board they are tasked with overseeing, or if they should be selected by the legislature to promote objectivity, prevent conflicts of interest, and ensure each subarea has equal representation on the panel.

The Board’s current makeup includes the three county executives (Snohomish, King and Pierce), the Secretary for the Washington State Department of Transportation, and 14 hand-picked officials from just these highlighted cities in the Sound Transit service area: