Union-linked educators mislead the community with a COVID ‘memorial’ 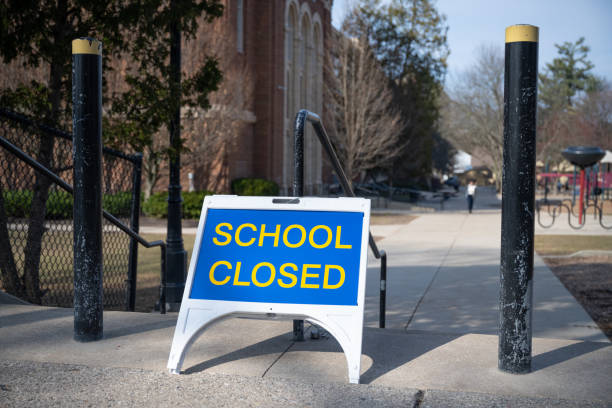 A handful of educators brought some political theater to Vancouver Friday, planting fields of flags that supposedly memorialize “students and educators lost to COVID-19.”

Memorializing people who have died of or with COVID-19 and who happened to be students and educators is horribly misleading. The display is one that no honest group or media outlet would push. Well, maybe. On Friday morning, The Columbian gave this activist group free advertising for the misleading event that was sparsely attended.

“A memorial will be placed at the district offices to honor educators and students lost to COVID-19 nationwide,” the paper reported, not providing information about whether schools have been linked to the spread of the disease, locally or nationally. (Most public schools in Washington remain closed.)

Clark County Public Health reports no active outbreaks at any private schools and just one outbreak linked to a public school that was closed. Two staff members tested positive for COVID-19. No students were involved.

The Centers for Disease Control  has not found schools to be COVID-19 spreaders, saying that outbreaks related to K-12 classroom settings “have been rarely reported.” Analyzing a recent study in Wisconsin, the CDC summarizes, “With masking requirements and student cohorting, transmission risk within schools appeared low, suggesting that schools might be able to safely open with appropriate mitigation efforts in place.”

“Gov. Inslee believes schools in Washington state can open safely now and that students and educators can return to classrooms, and should, as he expressed in response to a question during a Tuesday press conference,” KIRO 7 News reported.

When the governor was asked if reopening schools meant teachers, regardless of age, would be pushed in front of the line before seniors seeking a COVID-19 vaccine, he said “no.”

Inslee said of his approach, “It’s a decision that we’re doing to save lives, and the way to save lives is to vaccinate the people whose lives actually are in danger.” He continued, “Nine out of 10 of the deceased are over 60 years of age. We are vaccinating teachers who are over 65, and those over 50 in multigenerational households today, but that’s the people who die. And it seems to me, I think the educators I know, think that we ought to vaccinate the people whose lives are at risk today, and that’s these people.”

He’s right. We know who’s at the greatest risk from COVID-19 — the elderly and people with pre-existing conditions, not children, teenagers, young adults or young and middle-aged teachers. You can be for schools staying closed without misleading the public about who is dying. Studies also are finding that teachers are no more at risk of catching the virus than the rest of the population.

While it’s still too early to say what the ultimate effect of the pandemic will be on suicide rates and mental health, concerns are emerging.

In Nevada, a surge of student suicides is pushing Las Vegas schools to reopen, a New York Times story reported on Jan. 24. The article reports, “In Clark County [Nevada], 18 suicides over nine months of closure is double the nine the district had the entire previous year,  Dr. Jara said. … One student left a note saying he had nothing to look forward to. The youngest student he has lost to suicide was 9.”

Washington Policy Center’s Roger Stark gives the medical argument for reopening the economy as soon as possible. He expresses concern for mental health, suicides, missed diagnoses and other physical and emotional harm.

"While these unintended consequences of the COVID-19 economic lockdown are difficult to quantify, they are real and have a devastating medical impact,” he writes.

This group in Vancouver is misleading people, using those who have lost their lives during this pandemic to push a political agenda. We hope those passing by the Friday events know where to look for accurate, balanced COVID-19 information.