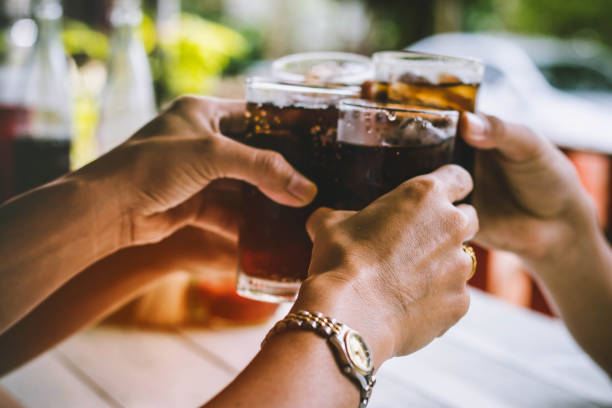 Today, I testified by invitation on SB 5371, which proposes a tax on some sweetened beverages. It's patterned after Seattle’s unpopular, 2018 soda tax.

We’re concerned this proposed tax is volatile and regressive, which is interesting as it was proposed in a Legislature that talks a lot about not relying on regressive or volatile revenue sources. Worst of all, it is unlikely to achieve its stated health goals. More about that in a minute.

We would be trailblazers: Washington could become the first state in the nation to impact people’s grocery bills and dining experiences with a soda tax. Like Seattle, the tax rate would be 1.75 cents per fluid ounce. The rate would grow with inflation.

The tax is also regressive, as it is passed on to consumers. No one denies this is the case.

In a year families are still adjusting their personal budgets due to COVID, and when the state’s revenue is in better shape than many of those families, adding costs to grocery bills appears to lack empathy about what’s going on in our communities.

Because people don’t want to pay more for groceries, Washington voters actually tried to block taxes like this: Initiative 1634, approved in 2018, prohibited local governments from enacting such a tax. Now they might see one anyway, imposed by state lawmakers.

The bill says the Legislature wants to impose the tax to address negative health impacts affecting low-income communities and communities of color. Research shows, however, that the people hurt most economically by this sort of tax are those very communities. That lowers their ability to afford healthy foods.

Soda taxes are making governments money, as sales of sweetened beverages continue, but health benefits have not been substantiated. None of the reviews and studies we’ve seen conclude these taxes work to improve a population’s health. Those testifying in favor of the bill did not produce evidence of improved health outcomes, either.

An analysis of Oakland’s sweetened beverage tax found no changes in consumption. Other studies show that even when sales or consumption slightly decrease, caloric intake does not. Sugar substitution occurs, instead.

Researchers have found that sweetened-beverage taxes encourage cross-border shopping and sometimes have people choosing other vices that are also considered unhealthy. A 2012 study at Cornell University shows that many households who reduce soda consumption then consume more beer, for example. ”We also find that the tax drives frequent buyers of beer to purchase more beer than they would have without the tax,” it writes.

Targeting some sweetened beverages — by volume, not sugar content, exempting some fruit juices that rival the sugar content of soda — is too narrow to achieve hoped-for or convincing health impacts. The list of foods and beverages with sugar is long. While most of us could stand to consume less of it, it’s OK to have treats and sugar in small amounts.

I ate half a tray of Rice Krispie treats preparing my testimony on SB 5371 yesterday. That was far worse for my sugar intake than had I settled for a soda. Moderation is the key in our diets for good health, right?

Awareness, education and a message of moderation in consuming all sugary products is a far better bet for improved health outcomes. It’s also a far more appropriate strategy for a lawmaking body. Food-policing is not what Washingtonians need.

This bill sets the Legislature up for failure, and lawmakers would be wise to avoid getting addicted to a soda tax.