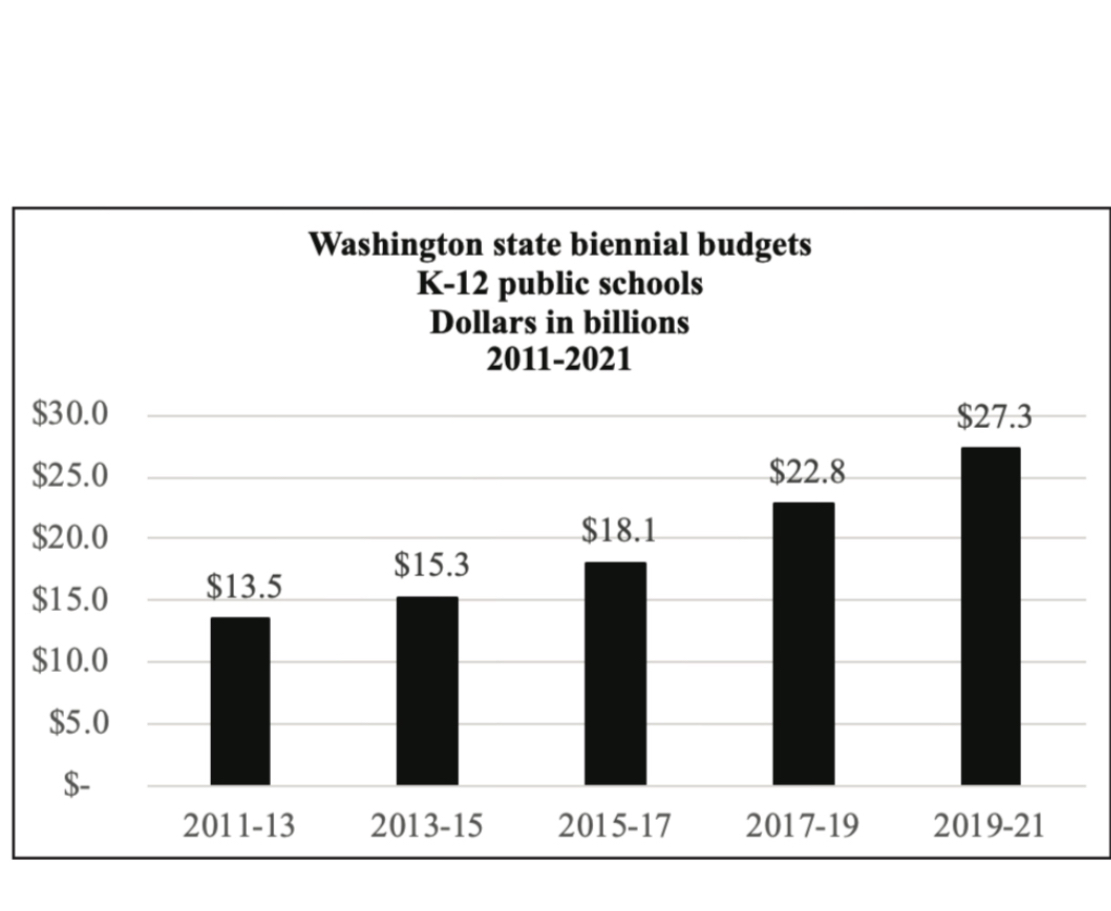 In 2017 state lawmakers of both parties joined together and passed a historic bill to provide schools with the greatest funding increase in Washington state history. This bill, HB 2242, was the Legislature’s final resolution of the state Supreme Court’s 2012 McCleary decision, and the latest in a six-year series of higher taxes and more funding to schools. The courts approved this bill in June of 2018, and ended the McCleary case.

The Washington state legislature has met the constitutional standard of “ample funding” for education, and today every public school across the state receives more money than ever before.

HB 2242 made two important changes in school funding policy. First, the bill raised the state property tax from $1.89 to $2.70 per thousand dollars of assessed value, a heavy tax increase that greatly boosted state funding for all schools. Second, lawmakers imposed a lid on local levies of $1.50 per thousand of assessed value to provide a measure of relief to home and business owners who were hit with the large state tax increase.

At the time, lawmakers recognized the increase in the state property tax would be very difficult for many families to pay, so they promised to reduce local levy taxes with the $1.50 cap. The other reason legislators imposed the $1.50 lid on local levies was to respond to the McCleary court’s mandate that lawmakers reduce reliance on local levies and lower inequities in school funding across the state.

The McCleary justices said that Washington’s practice of allowing districts with high property tax values to raise more levy dollars than districts with low property values “affects the equity of the statewide system.” Higher levies and the resulting wealth disparities in school funding contributed to the filing of the McCleary court challenge in the first place.