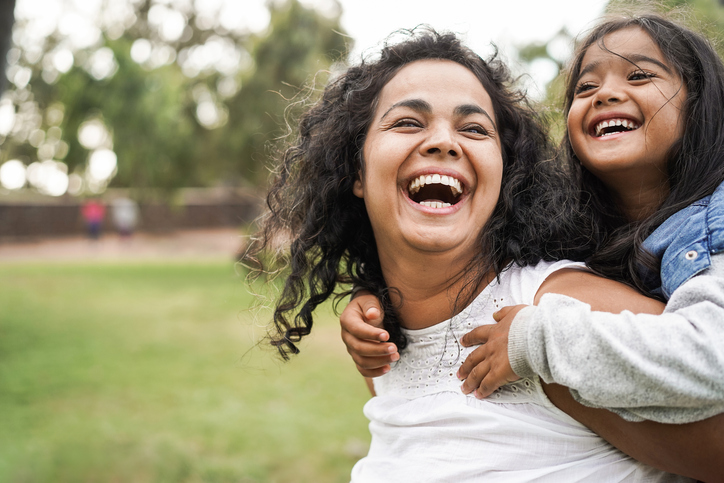 SEATTLE- A statewide poll of Washington Voters shows significant majorities in support of school choice, a cut to the state sales tax rate, and a repeal of the state’s new long-term-care payroll tax. The poll of 500 Washington voters was conducted for Washington Policy Center (WPC) in December and has a margin of error of plus or minus 4 percent.

The question on school choice defined school choice as “[giving] parents the right to use tax dollars designated for their child’s education to send their child to the public or private school which best serves their needs.” Support for that concept was overwhelming at 71 percent with just under 50 percent stating “strong” support.  Those opposing school choice were only 26 percent with 19 percent strongly

opposed and an additional 6 percent opposed.

“These results show that parents and grandparents are demanding a flexible, student-centered school system where the priority is the education of the child, not the state monopoly system,” said Liv Finne, Center for Education Director at WPC. “

Washington has 117 schools called “Priority” schools, serving about 44,000 students. These state-identified failing schools deny children a quality education, but a system with school choice would give parents access to other opportunities.

Washington state voters expressed significant support for a cut to the state sales tax which grew as more information about current state spending and revenue levels were provided.  When asked cold whether the state should reduce the sales tax rate, 52 percent said yes while only 40 percent said no with the remainder unsure. When voters were given context like the fact the rate has not been reduced since 1982 and the state has collected billions of dollars in unexpected revenue, support for a sales tax rate cut grew to 59 percent with only 36 percent opposing and 5 percent unsure.

“This state has seen an $8 billion tidal wave of revenue growth,” explained WPC Center for Government Reform Director Jason Mercier. “With the challenges record inflation has inflicted on so many families and businesses, other states have found ways to reduce the tax burden. Our state is in the same position but tax relief hasn’t been prioritized. If we don’t reduce the sales tax now, when would it ever happen?” 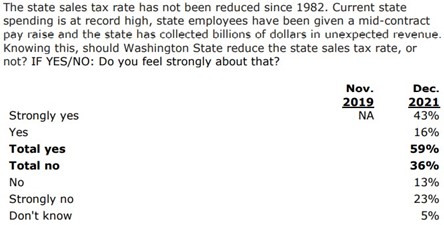 Washington state’s now-delayed, long-term-care payroll tax, required for the Washington Cares Fund, is unpopular with a supermajority of Washington voters and gets less popular the more they learn about the long-term-care law. When asked whether the tax should be implemented as planned or repealed, 62 percent favored repeal with only 29 percent favoring implementation. When told those who move out of state or fail to pay the payroll tax a full 10 years will not receive a benefit at all, those in favor of repeal grew to 68 percent with those favoring implementation falling to 24 percent with the remainder undecided.

“This law is currently delayed, but it needs to be put to rest,” said Elizabeth Hovde, WPC director of the Center for Health Care. “The benefits are minimal, it has destroyed the individual market for long-term care, and it is inflexible. The law will reduce paychecks for an overpriced benefit people might not need or no benefit at all.”

Crosstabs for the poll are available upon request. 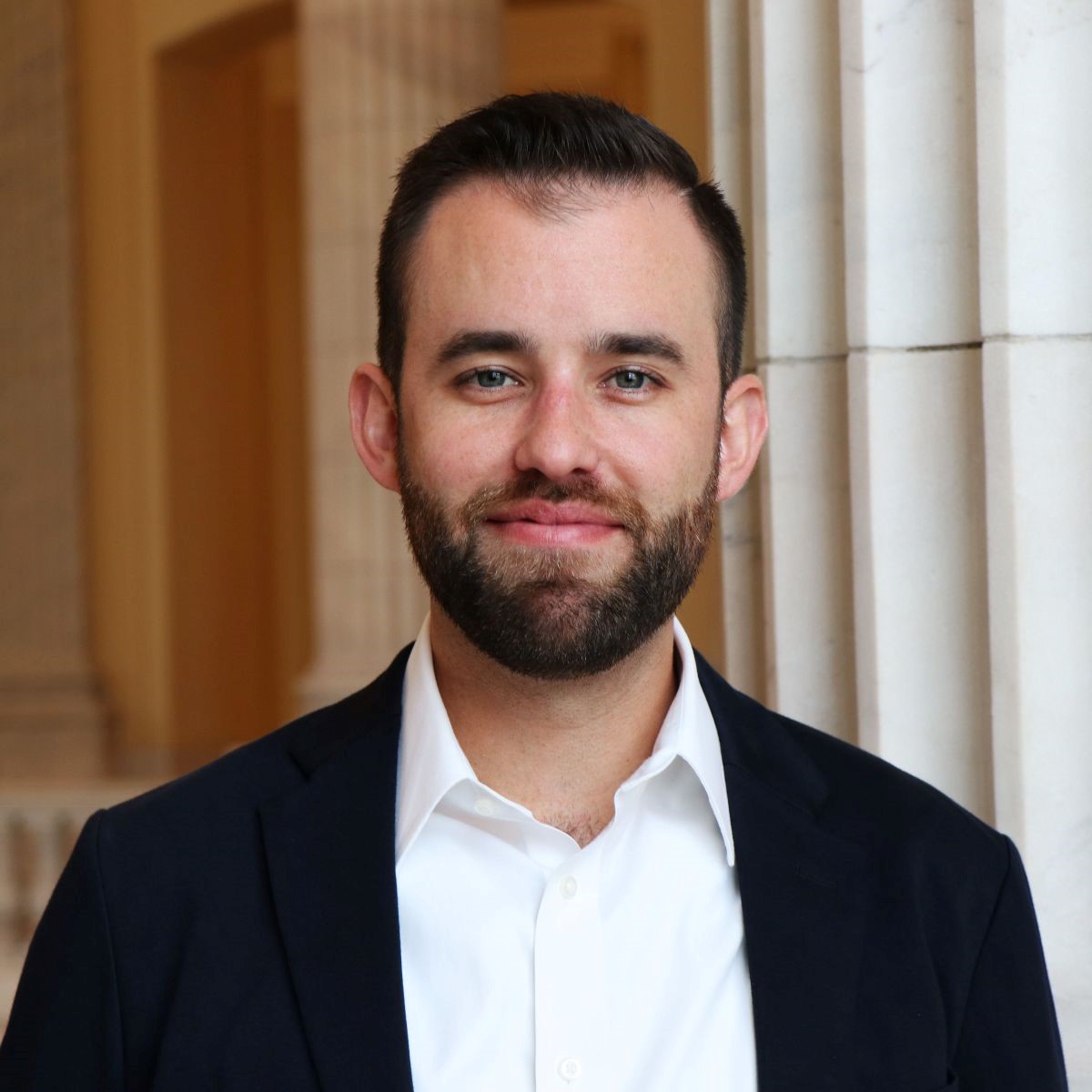