Over 1,000 people sign in to support Senate Bill 5114 that allows business to open immediately 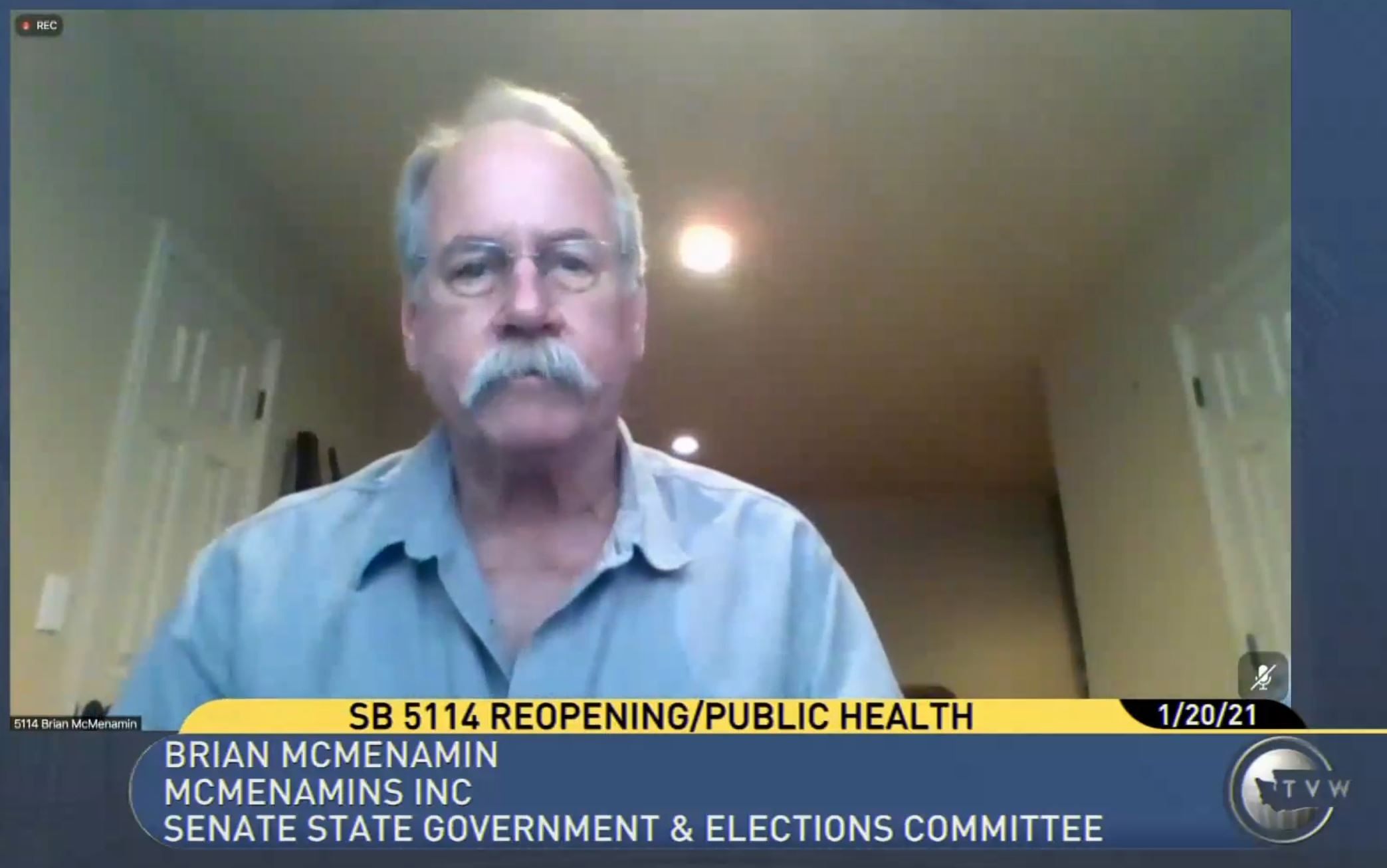 Senate Bill 5114 (SB 5114), authored by Senator John Braun (R) and Senator Mark Mullet (D), was heard in committee Wednesday morning in the Senate Government and Elections committee. The bill intends to start the process of re-opening the economy faster than the current “Healthy Washington-Roadmap”.

Restaurants have been especially hard hit by the restrictions and many are on the verge of bankruptcy if they have managed to stay open at all.

The limited testimony, given over zoom, from hospitality, restaurant, small business owners and regional chambers of commerce, was emotionally charged and clearly showed the dire financial situation that many small businesses are in as a result of the lockdowns. Over 1000 people signed in support of SB 5114, with over 400 signed in to testify, but unfortunately, very few were given the ability to speak. Testimony was limited to 1 minute per person and unlike other bills that have been heard previously, many speakers were cut off prematurely and muted before they finished speaking.

Julia Gorton, representing the Washington Hospitality Association, spoke in support of the bill, arguing the legislature is the right body to make decisions concerning business regulation during the pandemic crisis. Gorton stated the hospitality industry is “ready to do their part to help reopen the state”. Several restaurant owners testified in support of the bill and described the economic hardship they are under. In one case, a restaurant owner was seeing losses of $120,000 per month and has laid off over 200 workers, 4/5’s of their workforce. Brian McMenamin, of the McMenamins restaurant and brewpub chain, employs 3000 workers at 56 locations in Oregon and Washington now has less than 1000 employees working. McMenamin said he felt the industry “had been singled out and decimated” by the lockdowns and pleaded “please get us open”.

The committee chair, Senator Sam Hunt opted not to extend the hearing to allow everyone to speak and in total, less than an hour of testimony was allowed for those supporting the bill, to speak.

The only testimony opposing the bill, was the Department of Health (DOH) that argued that Washington State is not ready to re-open and a slower approach to re-opening is needed.

Under the current “Phase 1” of the Governor’s plan, some small businesses are able to open with restrictions, including occupancy and distancing limits. The glaring omission from “Phase 1” is restaurants. Restaurants are currently restricted by Labor and industries (L&I), under the threat of fines, from opening indoor dining. Under “Phase 2” of the plan, limited capacity indoor dining is allowed at 25% occupancy once a region reaches specific infection reduction goals.

Senate Bill 5114 removes the lockdown restrictions and effectively returns the responsibility to the businesses for their employee and customer safety. They can operate as long as they can show they can do safely limiting the spread of COVID-19.

Restaurant’s specifically have not been shown to be the source of COVID-19 infections and should be allowed to re-open and govern the safety of their employees and customers themselves.

This is the right approach to re-opening safely and the hundreds that signed in to testify in support of SB 5114 agreed.