First it was Costco’s "City of Seattle Sweetened Beverage Recovery Fee" disclaimer. Now a Seattle Subway is telling customers it isn’t participating in a franchise promotion due to cost of doing business in Seattle. One of my colleagues in Seattle just sent me this photo she took showing a sign at a Subway store (located at 2727 4th Ave S): 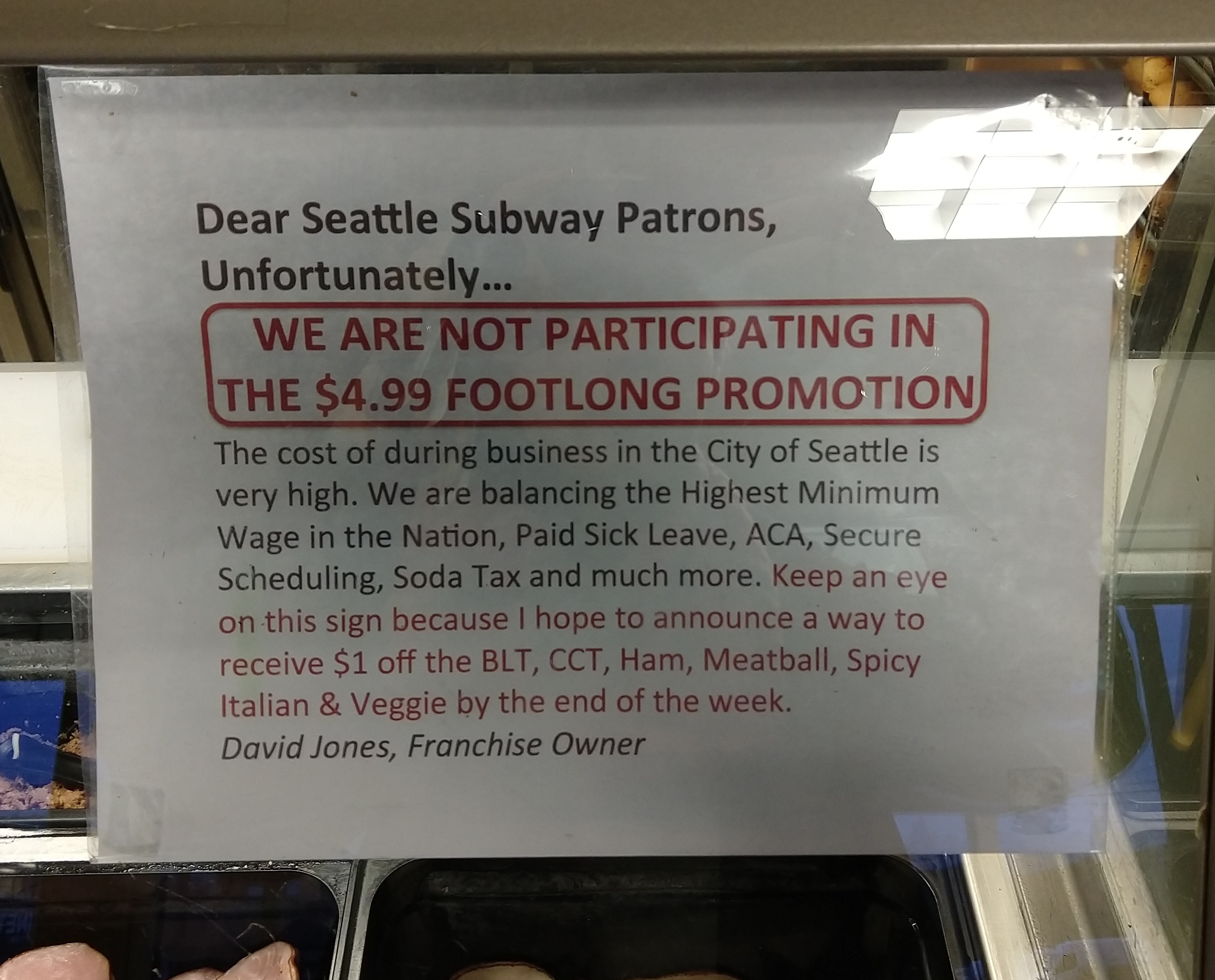 It is likely many more small business owners in Seattle are singing to the Council: “Oops, you did it again. You played with economic reality and I lost the game. You’re not that innocent.”

On the sweetened beverage tax, perhaps Seattle officials can learn from their counterparts in Chicago who recently repealed their new soda tax.