It’s time for Sound Transit to rethink its rail expansion 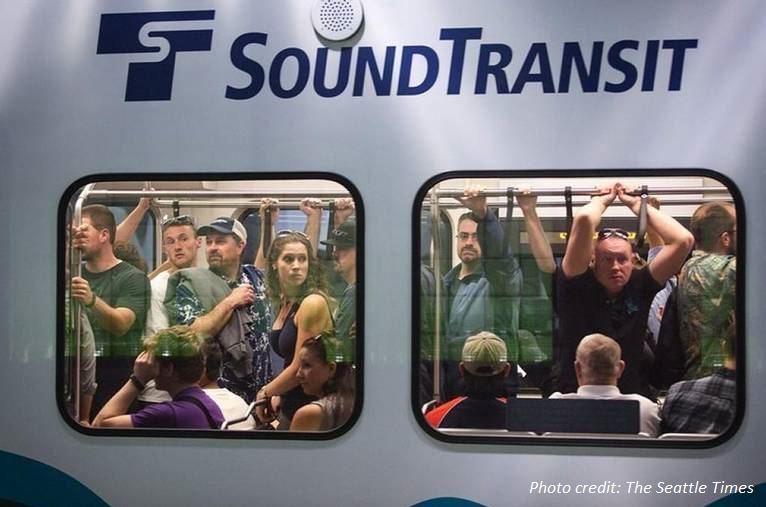 The Sound Transit Board participated in a workshop on June 3 to deal with the agency’s expansion projects and the financial reality they face as a result of COVID-19, and resulting social distancing mandates.

The agency reports that tax revenues, unsurprisingly, are lower than what was projected in 2019. Sales tax revenues for March were down 25% compared to 2019. Car tab tax revenue (motor vehicle excise tax) for April was down 25%. Rental car sales tax revenue is down 87%. Meanwhile, ridership has declined by 86% on Sound Transit’s services, so the agency is not bringing in much money from fare collections either.

All of this information is based on what we know now, which does not include the potential length of the economic recession or people’s travel behavior during recovery. Some surveys indicate we should expect a shift in travel preferences, as more people telecommute and choose to drive rather than take public transit. It is very likely that even after the state is fully reopened, transit ridership could build slowly and some transit ridership losses will not be recovered at all.

Most notable is Sound Transit’s revenue loss projections –the agency projects it will lose $8 to $12 billion over the next two decades. In a moderate recession scenario, Sound Transit projects it will lose $743 million in 2020 and 2021, and $7.8 billion through 2041. In a more severe recession scenario, officials anticipate they could lose $1 billion in 2020 and 2021, and $12 billion through 2041. This takes into account the $166 million the agency received through the federal CARES Act.

Washington Policy Center has long-recommended that Sound Transit focus on a transit system that can be built faster, cheaper and carry more passengers than light rail. Prioritizing lower-cost options that serve the greatest demand is the best approach, especially for parts of the Sound Transit district in Snohomish, East and South King, and Pierce counties. Extending light rail to low-density cities to justify collecting taxes from parts of the region that won’t benefit from the expansion in any meaningful way – results in underperforming systems and in those very projects being the first on the chopping block during an economic crisis.

This is Sound Transit’s second experience with an economic recession. Hopefully the agency learns and, given the long-term hit to ridership, focuses its energy on eliminating projects that don’t make sense post-COVID, and providing key services to those who need it the most.