Raising taxes on energy have no impact on manufacturing. None.

That was the claim of Governor Inslee during the Associated Press legislative preview last week in response to a question about how his proposed carbon tax would affect manufacturing in Washington. The Governor was unequivocal: “We have had carbon systems around the world that are showing to be successful that do not, repeat, do not result in deindustrialization of those communities.”

He listed some examples. We can test those examples with actual, real-world data and examples.

The Governor claimed, “Eight states in the Northeast have a cap-and-trade system, they have not resulted in losing their industries.” Well, it’s actually nine states. So what is the trend in manufacturing jobs in those states compared to the United States? 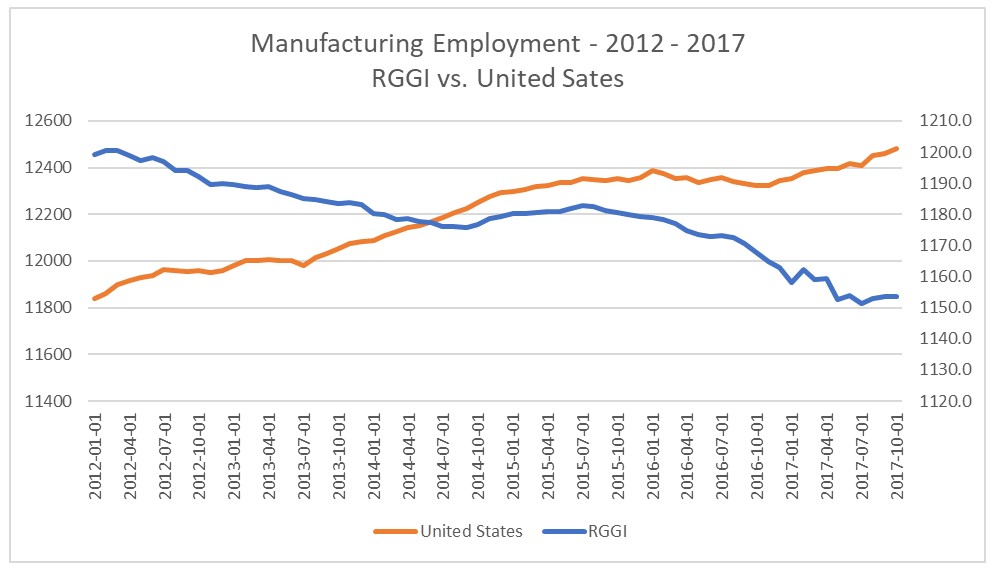 The Governor also claimed, “It would be very difficult to find a place where an industry was lost because of a carbon pricing system. It simply has not happened.”

Perhaps the Governor should talk to his own staff. Two years ago, they met with UK staff of Tata Steel, who claimed they were producing steel while meeting CO2 reduction goals of the UK. Soon after that meeting, however, Tata Steel announced it was closing its largest plant in the UK because high costs prevented it from competing internationally. Far from being difficult to find, the evidence literally set foot in the Governor’s office.

He also mentioned British Columbia as an example. BC’s carbon tax, however, is revenue-neutral, a policy the Governor specifically opposed when it was on the ballot in 2016. The Governor’s proposal is likely to increase taxes by more than $1 billion annually.

The Governor also mentioned California. The number of manufacturing jobs actually grew in California between 2012-17. The 3.1 percent growth rate, however, is less than half the rate of the 40 states outside RGGI in the Northeast and California. Even the best-case scenario is poor.

Finally, the Governor repeated a claim he made to The New York Times, saying “jobs in solar today are growing 17 times faster than in the general economy.” We asked the Governor’s office if they had any data to back up this claim for Washington state. They responded, “not that I am aware of.”

We live in an era where fact checking political statements is a growth industry. Governor Inslee’s claims about climate policy contribute to that positive jobs trend, unlike his carbon tax policy.