COVID killed, but so did the response 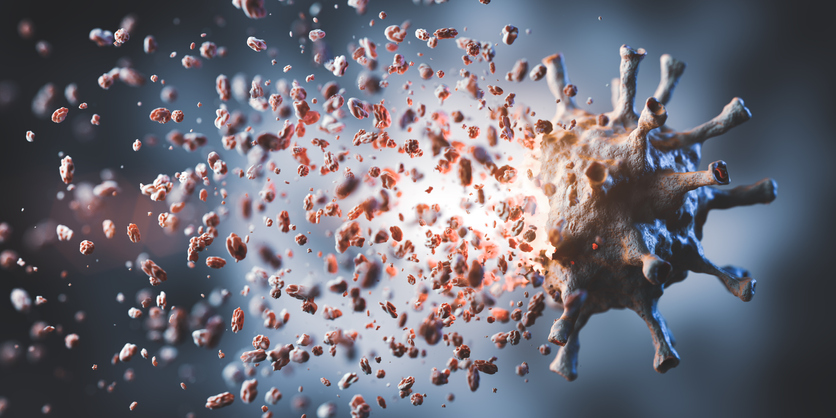 • Washington's per capita death rate from COVID was lower than the national average, but the policies some cite as the cause of this result are unlikley to have created that outcome.

• While those requirements helped contain the spread of the coronavirus, they were not as meaningful as has been claimed, and some states that had fewer restrictions had lower per-capita death rates.

• The restrictions did have a health cost of their own, with excess death data showing that for every two deaths from COVID, there was an additional excess death not caused by COVID.

After more than a year of imposing COVID-related restrictions, the governor is reducing some – but not all – of the controls intended to stop the spread of the illness. The governor will claim success, highlighting one statistic he feels vindicates his dictates: the per capita death rate. Washington has one of the lowest per capita COVID mortality rates in the country.

However, examining the data shows the state’s role in keeping the death rate low was very small. Indeed, most of the state’s actions to fight COVID were incompetently administered, as measured by the state’s own metrics. And the restrictions imposed by the state likely increased the death toll by 50 percent.

Low mortality rates in Washington state are primarily a result of positive actions by individuals. The governor himself acknowledged this when rates have increased in certain parts of the state. In those circumstances he admonished citizens for being unsafe, blaming them, not his policies, for the trend. Where rates have remained low or fallen, on the other hand, he has taken the credit for the results.

The governor’s claim that he should get credit for the low death rate is reminiscent of a comment by former Chicago Bulls center Stacey King on a night when Michael Jordan scored a playoff record sixty-nine points in one game. King told reporters, “I will always remember this as the night that Michael Jordan and I combined to score seventy points.” Despite the poor performance of state agencies and the restrictions, the governor is attempting to claim the public’s success as his own.

In this two-part series, I will look at the data from the past year and a half to measure the impact of the illness, the restrictions, and the results of government policy. Today, I examine the governor’s claims of success.

The hidden health cost of the COVID restrictions

First, it should be noted that while the focus has (understandably) been on COVID-related deaths, there has also been a high health cost from the restrictions. 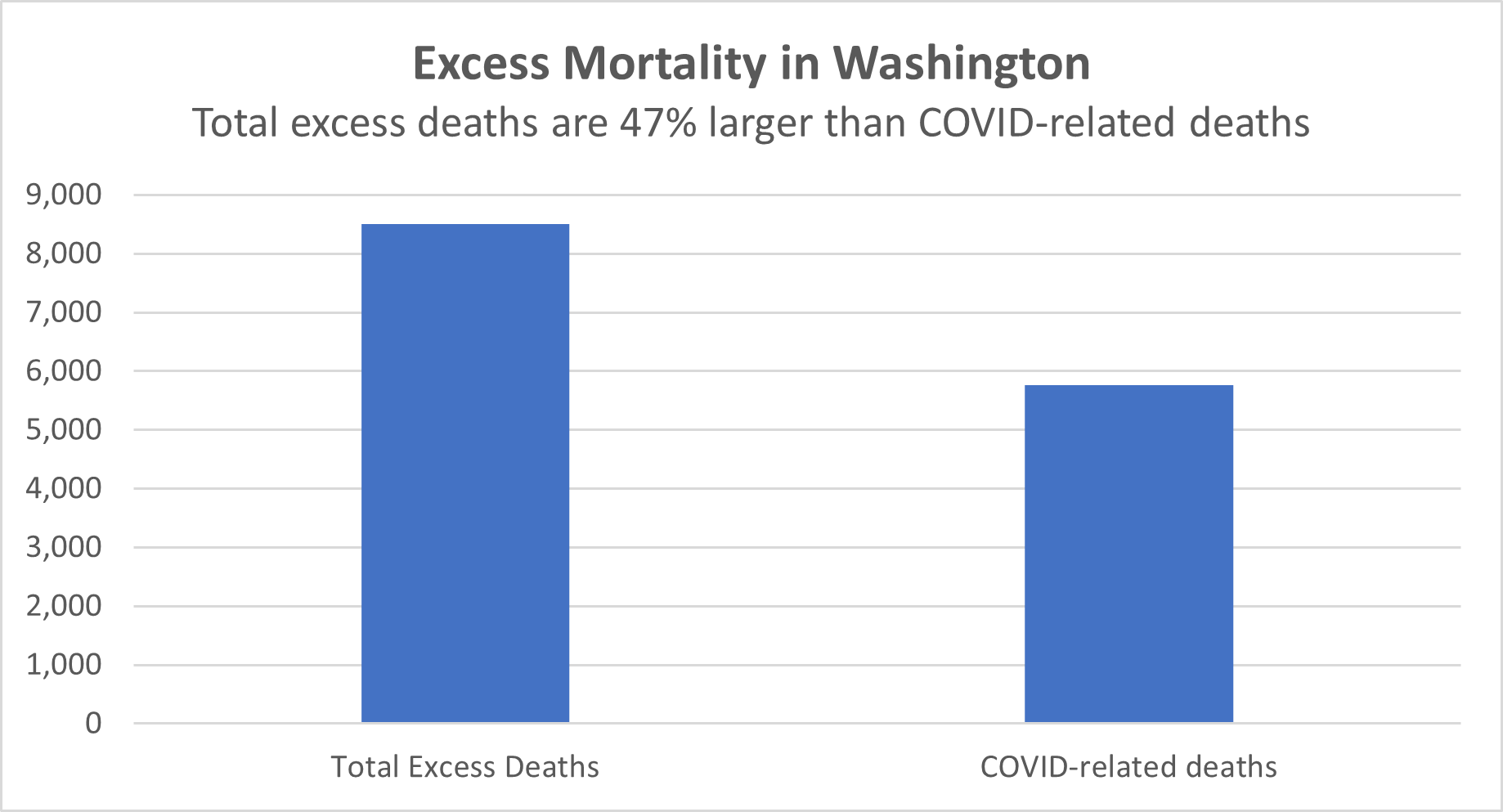 The direct toll of COVID has been significant and serious. Currently, the CDC shows that 5,902 people in Washington died from the illness from early 2020 through June 27, 2021. Many others continue to suffer from health problems even after recovery. Excess mortality data back up that finding. There is a regular yearly pattern to mortality, with the number of deaths declining in the summer and increasing in the winter. That pattern was broken in 2020, with a large increase in the number of deaths in March and April of 2020. The total number of deaths remained well above the average of recent years each month.

Based on the average of 2017-19, there are about 57,113 deaths annually in Washington state. In 2020, there were 62,553 total deaths, about 5,440 more than usual. Through May 29, there were an additional 3,061 excess deaths, for a total of 8,501 excess deaths during 2020 and the early months of 2021. According to the CDC, only 5,765 of those are COVID-related. In other words, there were about 2,736 more deaths than usual that are not directly related to COVID. What caused those additional deaths is unclear, but they indicate there was a significant cost to the changes experienced during the past year.

When considering the record of the government response in Washington, we should not ignore the cost paid by the 2,700 people who died not of COVID, but of the larger impacts of the social and policy response to COVID.

Finally, these numbers do not include the heavy economic costs paid by many in the state. Those impacts are more subjective and difficult to quantify. But they are very real and should not be forgotten.

The mixed data on lockdowns and the mask order

When asked why Washington was able to achieve this relatively low level of COVID-deaths, the governor makes vague reference to his decisions, citing his strict lockdowns and mask requirements. That claim does not hold up to even quick scrutiny. For example, although Washington state had the first COVID cases, we were the 14th state to issue a stay-at-home order. California, whose death rate was nearly twice as high as ours, was first. New Jersey, whose death rate is the highest in the country, was third. Utah, with a lower death rate than Washington, was 26th.

The same pattern is true of mask requirements. Washington issued the mask order on June 26, 2020. This was later than at least 16 other states, including New Jersey and California both of which have much higher death rates. It is much earlier than Utah, which didn’t adopt a mask mandate until November 2020 and ended it in April of this year.

We can speculate about why Washington has a relatively low rate of COVID deaths. There is clearly more at work than the top-down restrictions most often cited by the governor. Tomorrow, we will examine the factors the state most directly controlled, including COVID testing, contact tracing, and the vaccine rollout. In each of these areas, the state’s performance was abysmal, performing far worse than the state’s own metrics and the public health outcomes in neighboring states.