$1.5 billion increase in June revenue forecast should be dedicated to tax relief 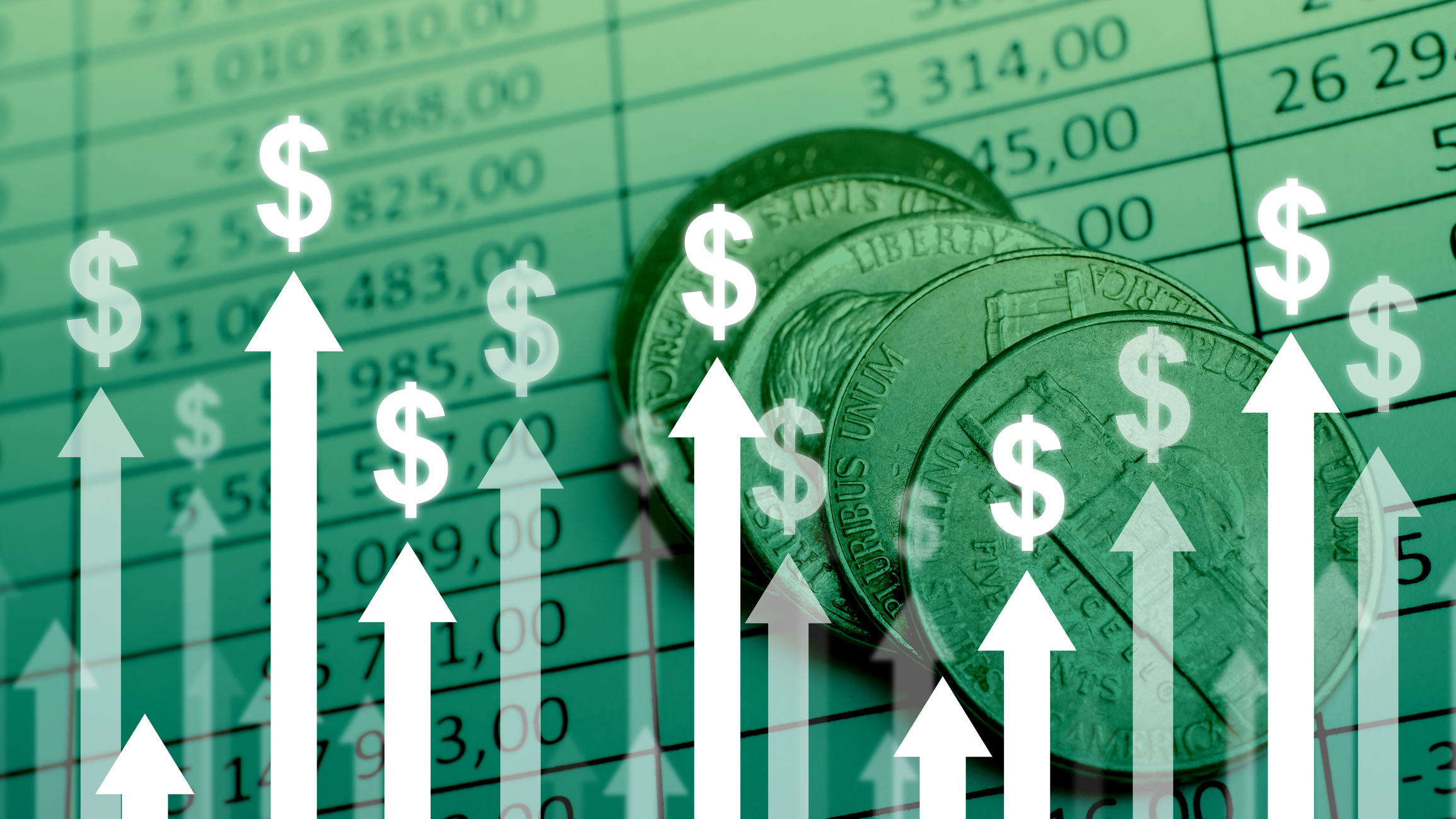 Earlier this year the Governor and Legislature prioritized spending increases with the state’s record revenue growth. With Washingtonians continuing to be crushed by record inflation, state officials should now finally embrace tax relief with today’s $1.5 billion increase in the June Revenue Forecast. Other public officials across the country, from the President of the United States to Governors and lawmakers in other states, have seen the need to prioritize tax relief. It is past time for Washington state officials to do the same.

Here are the projected revenue increases in the June Revenue Forecast: 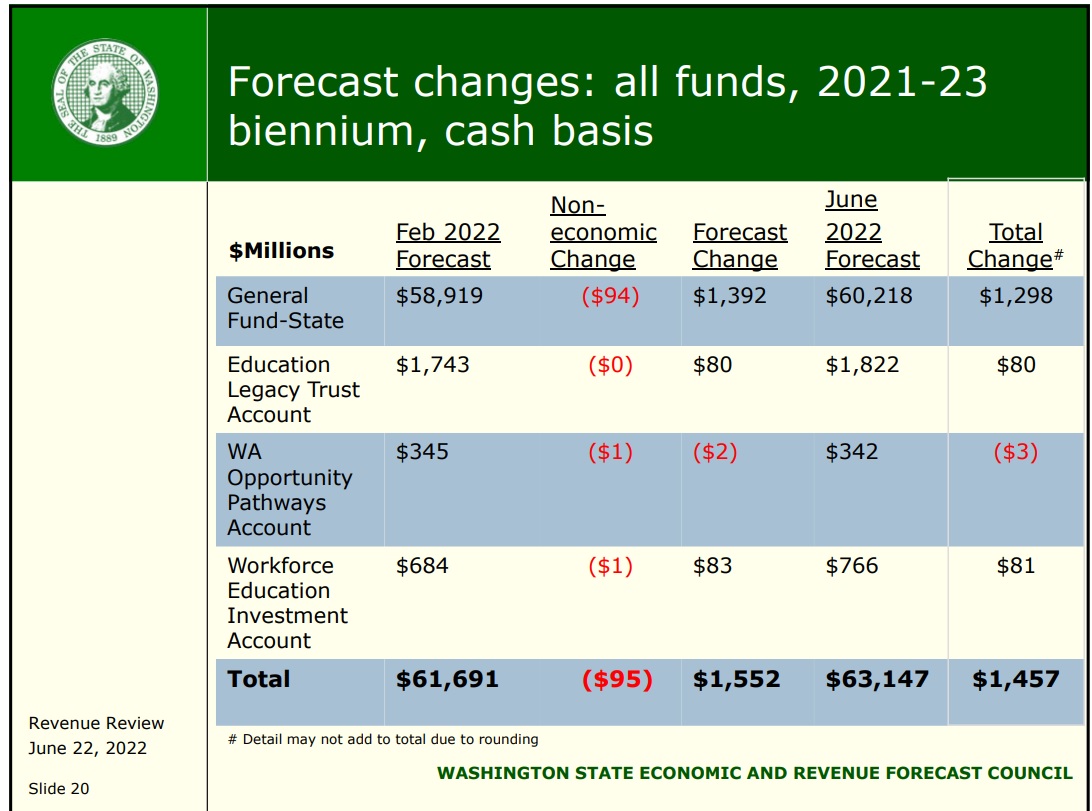 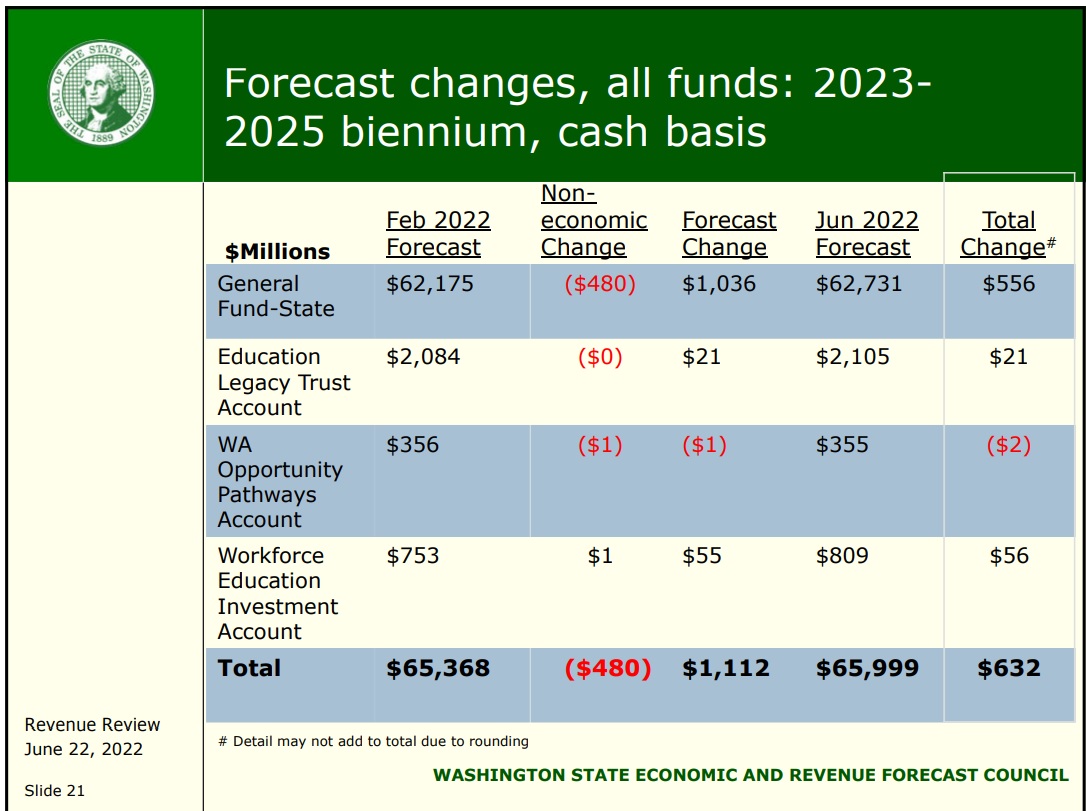 Steve Lerch, executive director of the Economic and Revenue Forecast Council, said about the forecast:

“Continued strong revenue collections and high inflation have again resulted in increases in the revenue forecast.”

Will this $1.5 billion increase in revenue mean a change of heart from the Governor on tax relief? His comments to date haven’t been encouraging. Explaining why he didn’t support broad-based tax relief before the 2022 session started, Governor Inslee said:

Asked last month if a strong June revenue forecast could change his mind about tax relief, the Governor said (27:50 mark):

Many of the Governor’s Democratic colleagues, however, have taken a very different approach when it comes to tax relief to help with inflation. For example, in California and New York:

State officials now have an additional $1.5 billion to finally prioritize tax relief to help Washingtonians mitigate some of the impacts of record inflation. Failing to do so will make it clear that taxpayers are merely viewed as an ATM for the politicians' spending agendas, rather than being deemed worthy by their public servants of keeping more of their own money to meet their needs in the face of rapidly rising prices.