Will Governor Inslee act to save charter schools?

Despite voter approval and wide popular support, the enemies of these innovative independent public schools have succeeded in getting a supreme court ruling against school funding, and are now using their influence in the waning days of the legislative session to block a bill to save charters in the state House.

It has taken years of hostility and opposition against charter schools, their teachers, students and families to bring us to this point.  Here’s how it happened.

In 2012, voters passed an initiative to make Washington the 42nd state to allow children in underserved areas to attend a charter public school.  It is one of the best charter laws in the country and for three years it worked well.  Eight new schools opened in Seattle, Tacoma, Kent, Highline and Spokane.  All are over-subscribed, and community groups and parents in areas with low-performing schools wait anxiously for the Charter School Commission to create new learning options for children.

In the meantime, opponents of charters had not given up.  Unknown to parents, executives at the powerful Washington Education Association union filed a lawsuit in King County to get charter schools shut down.  The lawsuit prompted a state supreme court decision on September 4th that struck down charter school funding.

Charter school teachers, parents and students, who had rallied at the capitol, packed hearing rooms and cheered on pro-charter senators, were elated.  The news photos of beaming charter school children told the story.

Their hopes were dashed, however, when the Democratic chair of the House Education Committee suddenly moved to kill the bill in her committee.  A tie 10 – 10 vote on February 25th, one short of the number needed for passage, assured the bill’s doom (one member was out sick that day).

A bill to save charters could still go directly to a full House vote, without committee approval, or House members could simply pass the Senate-approved bill.  All Republicans and several Democratic members say they would vote “Yes” on a charter-rescue bill if given the chance.

With days left in the session, many charter school supporters are asking, “Where is Governor Inslee on this issue?”  The Governor could call on House leaders to allow lawmakers to vote on a charter school funding bill, or he could propose one himself.  Alternatively, he could announce he would sign the Senate-approved bill, if House leaders would agree to send it to him.

Governor Inslee’s position is unclear.  He did visit Destiny Charter School in Tacoma recently, saying he loved talking to students, but he has not said anything about supporting charter school families since then.

Washington politicians are always reluctant to go against the union, whose campaign war chest is legendary.  The charter school issue, however, is different.  It is by far the most significant education reform passed in decades, and the more parents in underserved communities hear about charters the more they like them. 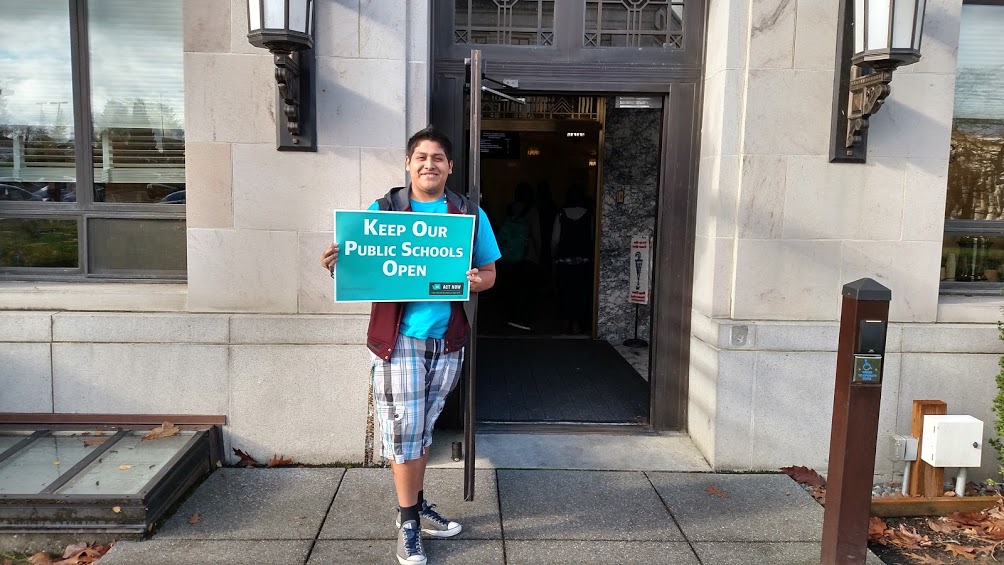