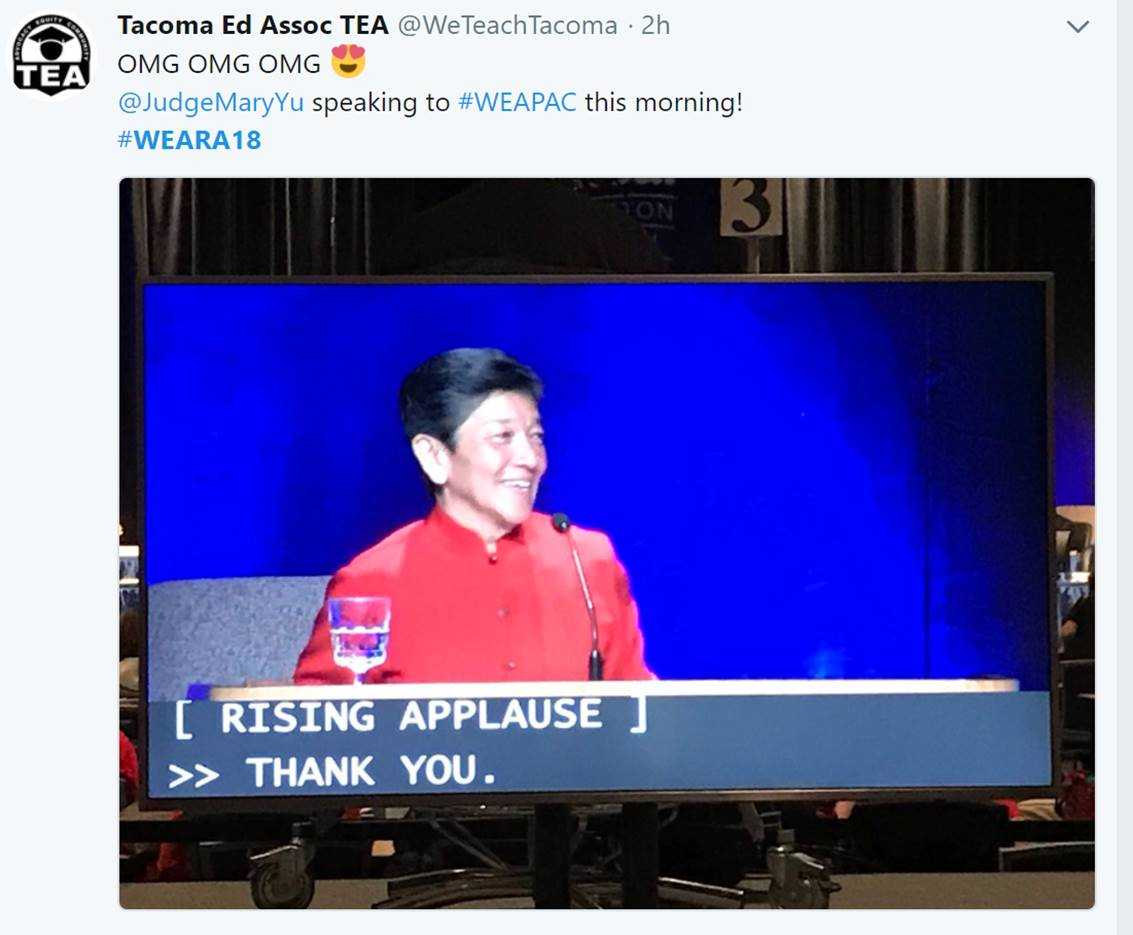 Within a few months Justice Yu will rule on a case against charter schools brought by the WEA union. The case is scheduled for oral argument May 17th. How can charter school families expect to get a fair hearing when Justice Yu is speaking to, and being cheered on, by their opponent, the WEA union?

The WEA union is determined to deny families access to charter schools, and to force them to stay in schools that don’t meet the needs of their children. Today 2,500 students, mostly low-income, minority students, are benefiting from a charter school education. Ten charter schools are now operating in Washington state. They are popular schools. Demand is so high two more charter schools will open next fall.

Charter school families have good reason to wonder about the WEA union’s influence on Justice Yu. Justice Yu voted for the WEA union in the court’s first ruling to close charter schools. The WEA-PAC supported her campaign for office with hundreds of thousands of dollars. Now she is speaking at WEA-PAC rallies.