An income tax isn't the only controversy on Seattle's current agenda. Outgoing Seattle Mayor Murray has also proposed a 1.75 cents per ounce soda tax. While that may not sound like a lot it adds up in a hurry. For example, if enacted the Seattle soda tax would be 8 times higher than the state's beer tax for a 12-pack of beverage (state beer tax amounts to 26 cents per gallon). 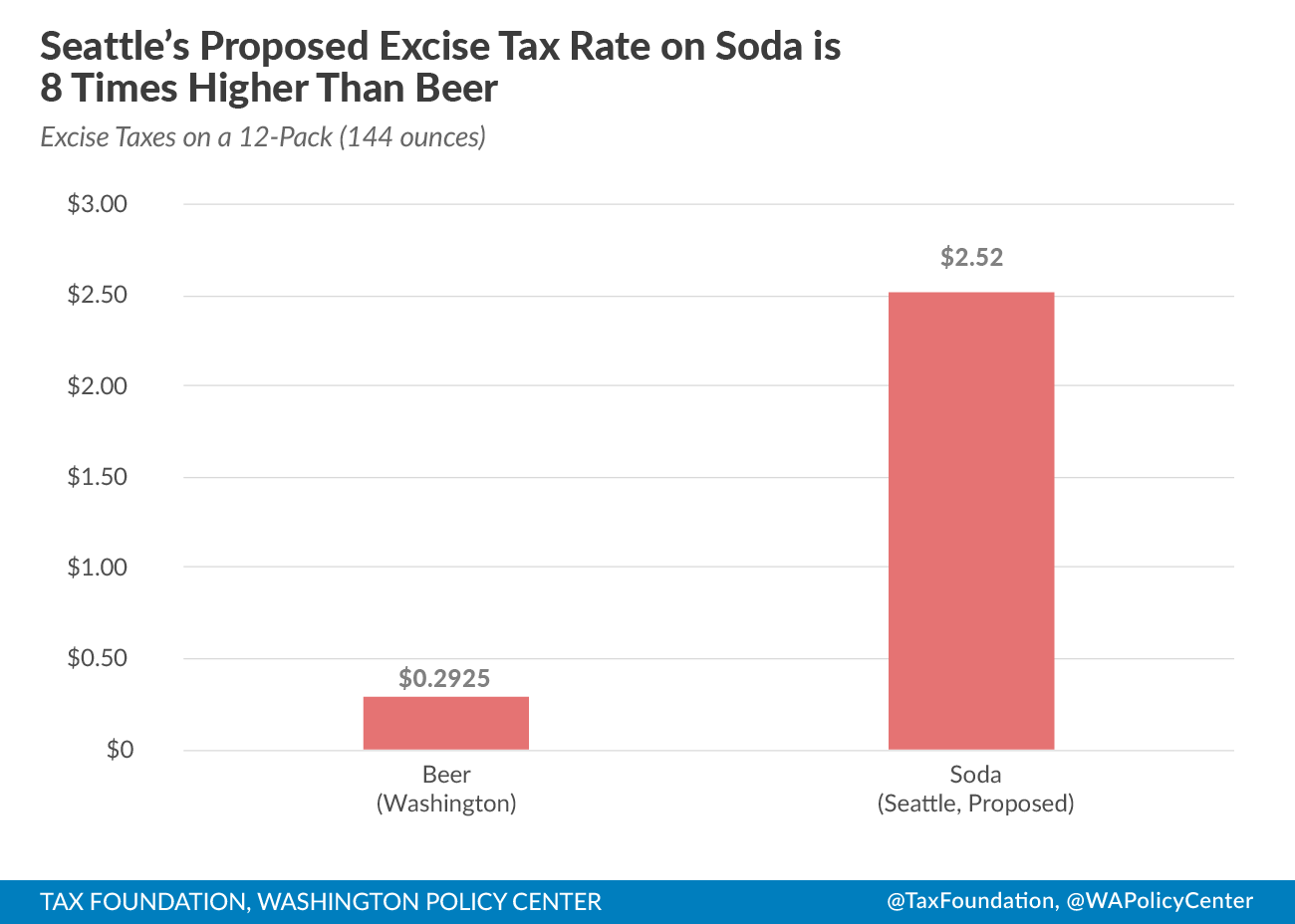 Adding dollars of tax to a 12-pack of soda is sure to bring a reaction from voters. This is something Santa Fe recently experienced when 58% of voters rejected a proposed 2 cents per ounce soda tax on May 2, 2017. For some context on the politics of Santa Fe, voters there gave Hillary Clinton 71% of their vote for President in 2016.

"The progressive mind is forever telling people how to run their lives, but every so often the people tell them to get lost. That’s what the voters did Tuesday in Santa Fe, New Mexico as the hoi polloi revolted against an attempt to tax sugary drinks . . .

Supporters said the tax would finance pre-kindergarten in public schools, but voters figured out this was a politician-knows-best tax posing as a public-health initiative. A remarkably high 37.6% of registered voters showed up at the polls, more than for a recent mayoral race. Though Santa Fe is known as a left-leaning place, 58% voted against the tax.

More interesting is how the vote broke down by economic class. The Santa Fe New Mexican reports that in a lower income, largely Hispanic district, 73% voted against the tax, and 69% voted no in the mid-city. But the vote split almost evenly in the city’s affluent north and east sides."

Based on information provided by the Seattle Mayor's office on frequent drinkers of soda, the neighborhood vote breakdown for Santa Fe is likely to be repeated in Seattle if the proposal ever goes to a public vote. Per the Mayor's office:

"Blacks and Mexican-Americans are more likely to consume heavy amounts of sugary drinks (i.e., at least 24 ounces per day) than Whites. In 2005-12, the rates of heavy consumption were 30.3% in Blacks, 29.3% in Mexican Americans, and 24.8% in Whites. Lower-income Americans are also more likely to be heavy consumers than high-income Americans (30.0% versus 20.5%). There is also evidence that communities of color drink higher amounts of specific types of sugary drinks."

Responding to the concern that the soda tax targets communities of color the Mayor recently decided to extend the tax to diet drinks as well. As reported by KUOW:

Murray's original plan only included sugary drinks and received pushback. He said Thursday that the addition of diet drinks comes out of a desire for equity.

'The data tended to show that diet soda tends to be more upper middle class white people, and the high sugar soda and the like tend to be in minority communities,' Murray said."

The move to tax diet as well as regular soda calls into question the true reason for the tax. Research by the Tax Foundation also highlights the possible economic consequences of a soda tax. According to the Tax Foundation:

"What’s also been lost in the soda tax kerfuffle is the potential job losses, as we’re starting to see in Philadelphia. Retailers, distributors, and restaurants are all bound to be affected, either through smaller profit margins or reduced sales. One beverage company, Pepsi, announced layoffs related to the Philadelphia tax.

At the end of the day, soda taxes are a regressive tax on a product that’s probably fine in moderation. These taxes likely won’t fund what’s being promised, won’t resolve the obesity problem, and will hurt workers and consumers. Based on the mounting evidence, fans of the soda tax might want to take a step back and consider what’s best in the long-term, not just the short-term political gains."

It looks like the only true winners of a Seattle soda tax will be those businesses selling tax-free soda just outside the Seattle city limits.