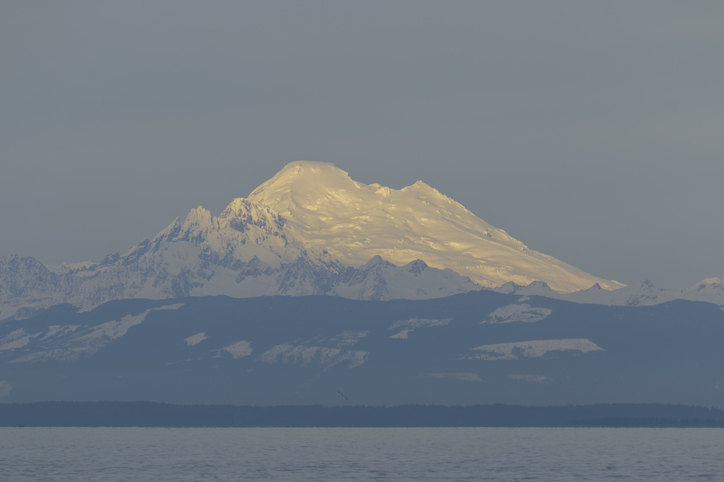 After a snowy December, Washington’s snowpack will end the year at 106% of normal. April 1 is the traditional end of the snowpack year, so there are still three more months to get the final numbers. 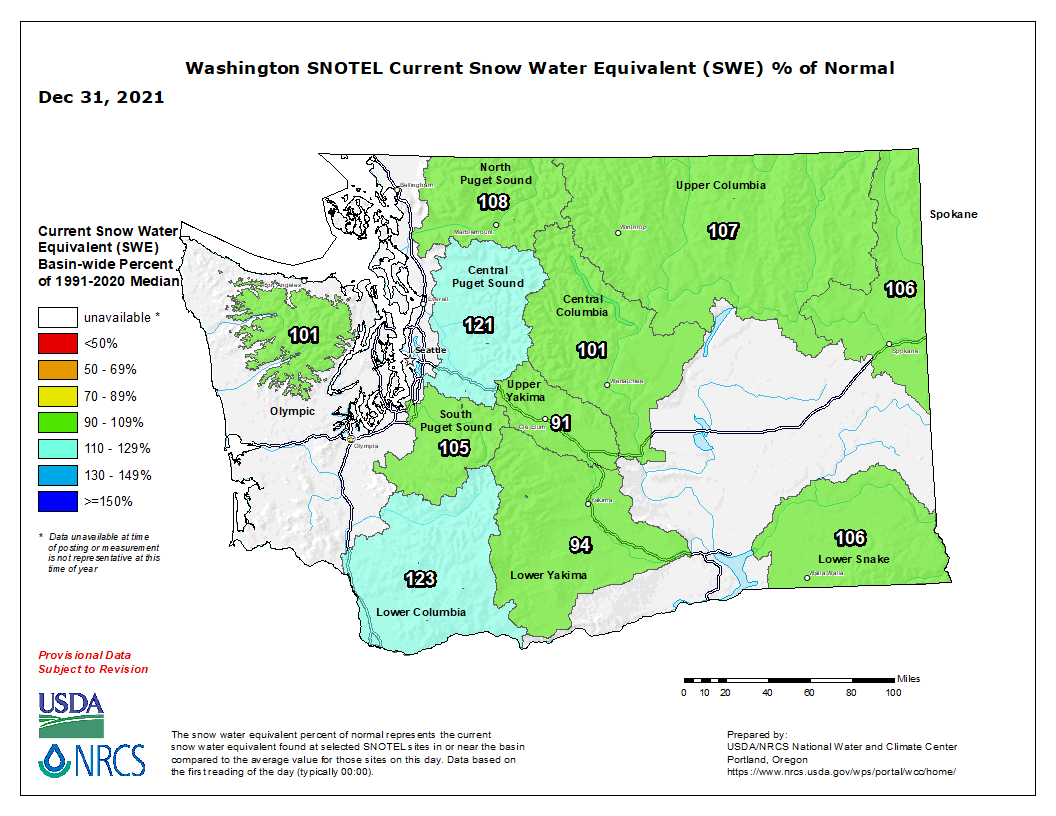 If this trend holds, it would be the 14th time in the last 17 years that snowpack was above normal.

Additionally, the snowpack is even better than those numbers indicate. The definition of “normal” changes every decade. Last year, the definition covered the years from 1981-2010. That changed this year and 1991-2020 is now used as the baseline. If we use the previous standard, snowpack would be about 109% of normal. 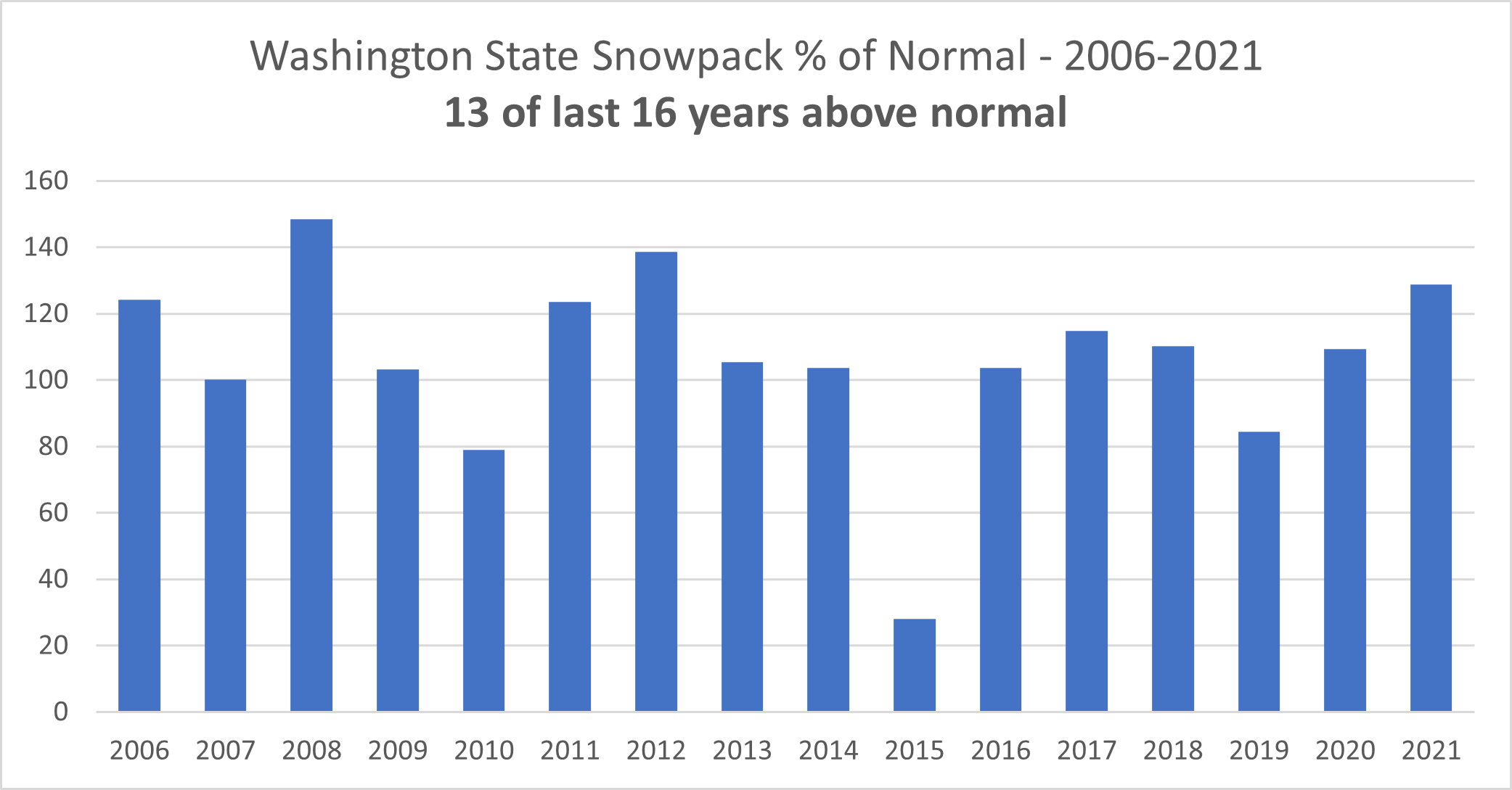 Despite claims that Washington state is losing its snowpack due to climate change, it actually increased during the last decade. For December 31, the definition of “normal” snowpack is about three percent higher than the previous standard due to heavy snowfall during the 2010s.

Despite the consistent upward trend in snowpack, Washington’s law on CO2 targets adopted in 2020 specifically cites “lack of snowpack” as evidence that climate change is already impacting the state. This is simply incorrect. Further, those same legislators who argue that loss of snowpack is proof of the danger of climate change, would claim that increasing snowpack proves nothing. Data is dispositive only if it points in the right direction.

Snowpack is important for farmers, fish, and Washington communities, so the trends are positive. It may be that as temperatures increase in upcoming decades, the trend changes and we begin to lose snow. Either way, Washington’s climate policy should be based on real-world evidence and facts, not hyperbole and untruths.