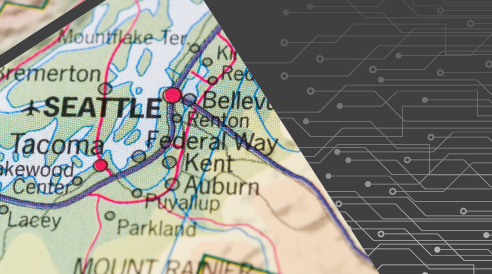 I want to share Wendell’s key findings from his study, titled “Moving Toward More Accessible and Productive Transportation in the Puget Sound” – which I will expand on in separate blogs. The findings of his study confirm what ordinary working families experience on a daily basis – that regional transportation planning is going in the wrong direction, and will not improve people’s access to employment nor their quality of life in the long-term.

2. The Puget Sound region is dispersed, both in employment and residences. While downtown Seattle is the strongest Puget Sound Regional Council (PSRC) employment center and has experienced astounding growth since 2010, more than 85 percent of employment is outside downtown.

6. Downtown dominates transit commuting. PSRC employment centers outside the city of Seattle exhibit transit commuting characteristics more reflective of suburban areas outside centers, with virtually no realistic potential for reducing vehicle miles through expanding transportation choices. As such, transit has little or no potential to reduce traffic congestion regionally.

7. As is typical of virtually all US metropolitan areas, transit access to employment is a small fraction of that accessible by car. It is not feasible to provide comprehensive transit access that is competitive with the auto.

8. Even in the New York metropolitan area, with by far the most comprehensive transit system in the United States, 30-minute access to employment by auto is six times that of transit (600 percent that of transit).

9. In the Seattle metropolitan area (King, Pierce, Snohomish, and Kitsap counties), auto access to employment within 30 minutes is 19 times that of transit (1,900 percent that of transit).

10. Even to downtown Seattle, where transit access is by far the best in the Puget Sound, auto access is more than triple that of transit within 30 minutes.

11. The principal finding of this analysis is that: There is no potential, at any cost, for transit to materially reduce driving or to reduce traffic congestion in the Puget Sound. This finding is supported by PSRC projections, at least for the next two decades.

BONUS: Wendell Cox gave a presentation on this study at WPC's 2020 Solutions Summit.  You can view his powerpoint presentation here.