With the legislature and the governor focusing so much attention on climate change, legislators are considering a Road Usage Charge (RUC), also known as a mileage tax, that would end up punishing owners of fuel-efficient vehicles that get over 20 MPG.

House Bill 2026 would charge drivers the greater of a gas tax or a RUC of 2.5 cents a mile, beginning with mandatory participation from those who own electric vehicles, and then expanding on a voluntary basis to those who own hybrids and all other vehicles.

The ironic result is that this proposed RUC would act as a reverse tax at the very moment when Washington state legislators have adopted a massive carbon tax and a low-carbon fuel standard to reduce the carbon-intensity of fuels. The first graph below illustrates the cost by MPG under the RUC and the existing gas tax of 49.4 cents per gallon assuming 10,000 miles driven in one year. The second graph illustrates cost by vehicle type. 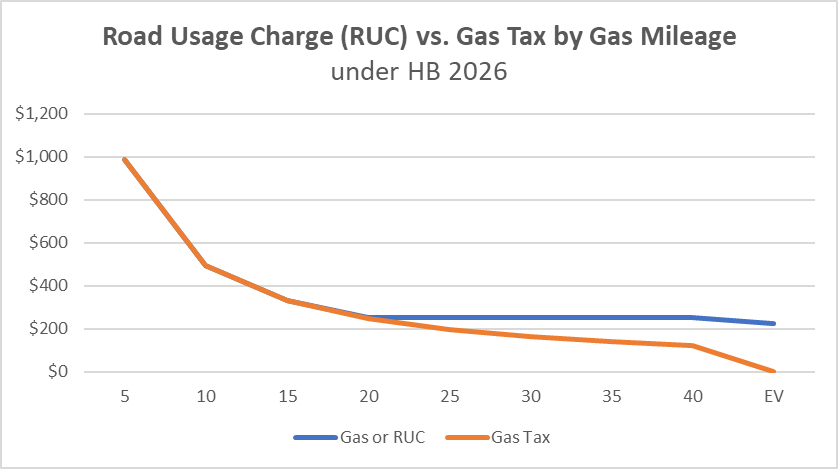 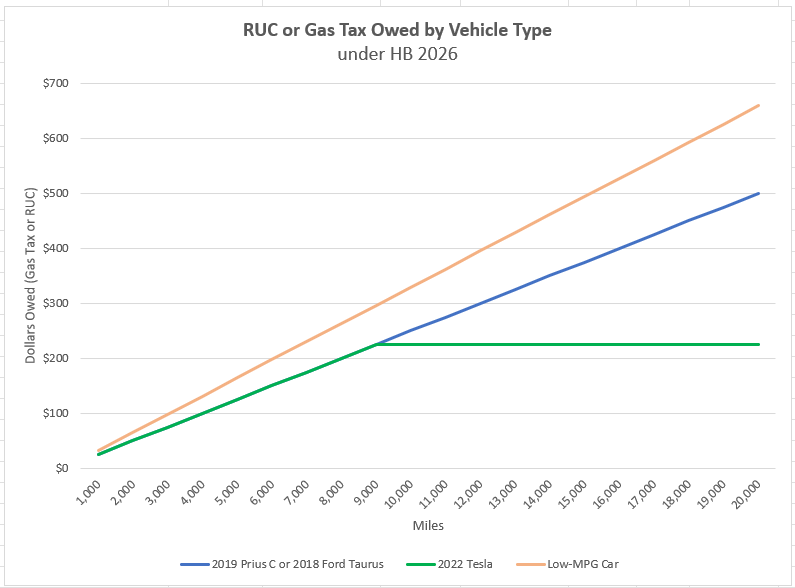 In some ways this is intentional. The argument for the RUC is that vehicles create wear on roads and they should pay a fee for that impact. The proposed RUC violates that rule, however, by cutting a deal for EV owners with a $225 cap. Whether EV owners drive 10,000 miles or more, they do not pay over $225 per year. This is especially problematic in terms of equity, since most EVs in the state are registered in Western Washington within wealthier zip codes. Generally speaking, EV owners don’t need the preferential tax break. Yet HB 2026 rewards EV owners by effectively lifting the RUC after 9,000 miles (per the second graph).

Additionally, if the RUC is truly intended to replace the gas tax, it should be constitutionally protected and dedicated to roads as the gas tax is, not siphoned off for other uses. Unfortunately, HB 2026 does just that. It creates a RUC account for general transportation purposes, which would allow RUC money to be swept for transit and other non-highway programs.

Whatever the final form of the RUC, it should be consistent with the stated purpose – addressing road usage and dedicating funds to support roads and address that problem, rather than trying to satisfy several political constituencies at once. Leading with politics rather than principle immediately raises red flags and reduces public trust in what is already a controversial proposal. 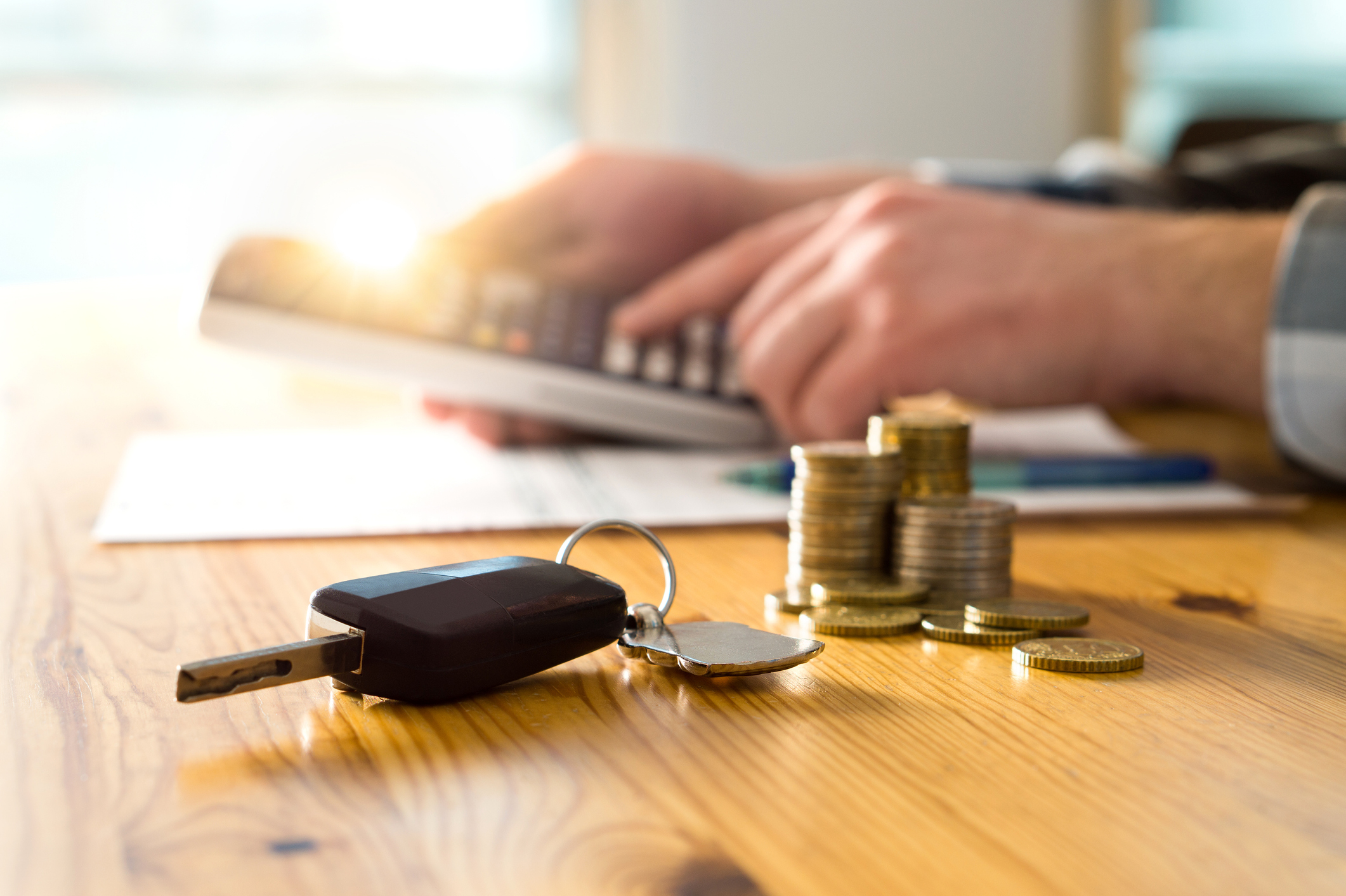