Low-carbon fuel standard won't reduce air pollution. So, why do greens want it so badly? 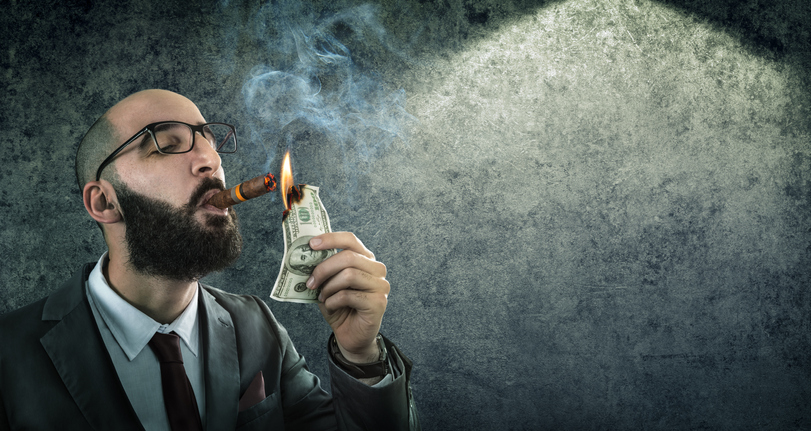 As part of the push to pass an expensive low-carbon fuel standard (LCFS), advocates now claim it will reduce air pollution. Most recently, Carrie Nyssen and Ryan Mello wrote in the Tacoma News Tribune than adopting an LCFS would reduce particulate matter (known as PM 2.5) that is a cause of health problems.

The Department of Ecology, in research cited by the Puget Sound Clean Air Agency this year, found the LCFS would reduce PM 2.5 by about one percent…ten years from now. One percent. To see what that would look like, here is a graph of PM 2.5 during 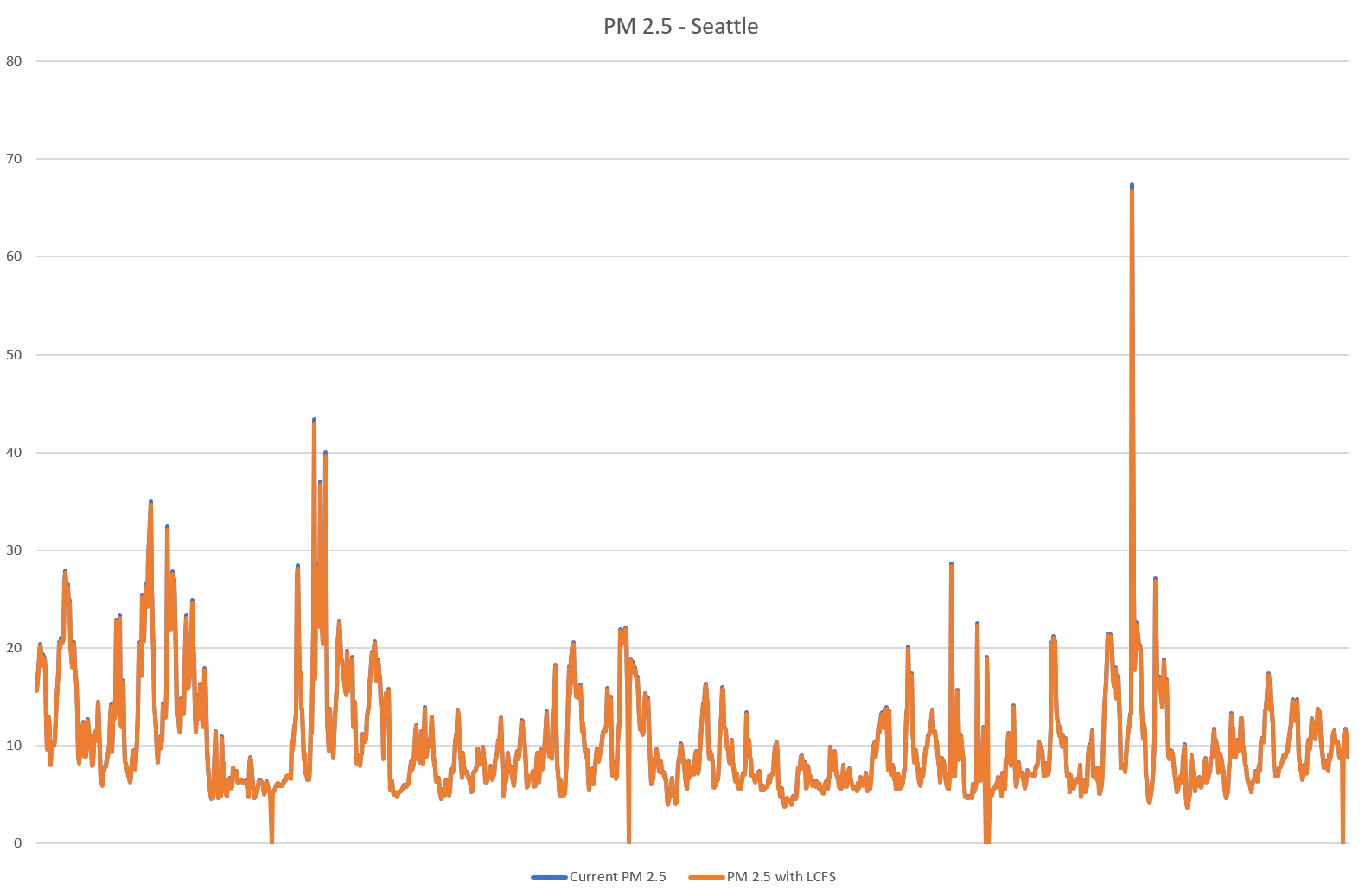 the past two months in Seattle and what it would look like with a reduction of one percent. There are two lines here, but you can’t see that because they overlap. And, remember, it would take ten years to get to the circumstance where there is a one percent reduction.

Achieving this inconsequential result would, however, come with a significant price tag. In California, the LCFS also costs about $190 to reduce one metric ton of CO2. A decade from now, when the full benefits (and costs) of the LCFS would be felt, that would amount to an increase of about 17 cents per gallon.

There are many projects that reduce that same amount of CO2 for less than $10 per metric ton of CO2. Put another way, for every $20 we spend on the LCFS, we waste $19.

Washington could reduce PM 2.5 more effectively by funding replacements for wood-burning stoves that are the biggest cause of our air quality problems. We could get more CO2 reduction for a fraction of the price using approaches certified by groups like Green-e.

These misplaced priorities are nothing new for the environmental community, and two national environmental activists highlighted this exact problem elsewhere.

In their book “Breakthrough,” environmentalists Ted Nordhaus and Michael Schellenberger recounted the story of environmentalists in New York looking to reduce childhood asthma by focusing on transit emissions. The research, however, "found asthma to be caused by many factors not just air pollution..." Indeed, other causes were far more important. Despite that, they noted that environmental groups continued to focus on outdoor air quality.

Even as it became clear that treating other causes of asthma were far more important priorities, "environmental justice" groups ignored that success. Nordhaus and Shellenberger say they know why.

If the goal is actually to improve outdoor air quality, or to reduce asthma rates, there are many things we can do that are more effective and less expensive. When advocates instead push a costly policy their own data demonstrates does little for air pollution, it becomes clear that there is another hidden agenda at play.