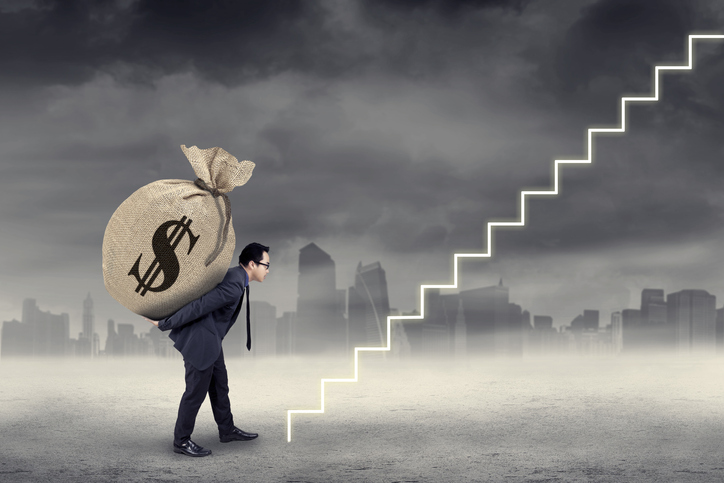 Despite the fact state revenues are forecasted to increase 10.7% during this biennia and 7.2% for 2021-23 (showing continued growth every year), a draft bill to impose a statewide “employer compensation tax” is circulating for the 2021 session. The intent of the draft bill is unclear with this current placeholder text: “TBD.”

According to the draft bill:

"’Small business’ means any business that reports annual compensation expense of no more than seven million dollars in the immediately preceding tax year . . .”

By placing the tax burden on the employer and prohibiting the employer from deducting “from the ‘employees' compensation to pay for this tax,” the bill attempts to thread the needle to avoid imposing a constitutionally prohibited graduated income tax.

“Self-employed individuals shall report and pay the tax on the payroll expense with respect to themselves.”

By extending the employer compensation tax to these entities and individuals, the proposed tax begins to look and feel a lot like an income tax.

Here is a summary of the draft bill provided by the Association of Washington Business (AWB): 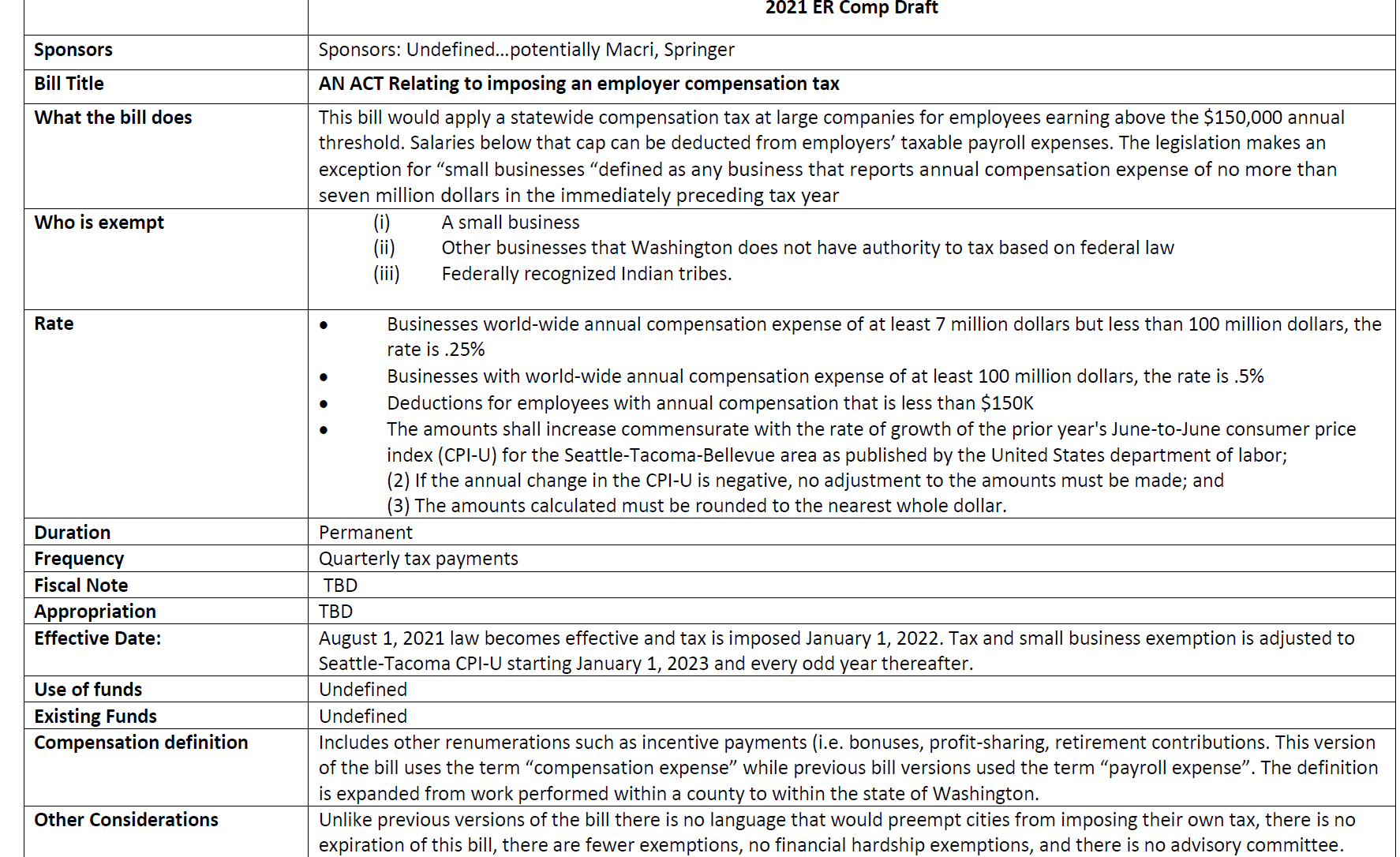 If this type of tax sounds familiar it is because it is modeled after the recently adopted Seattle “Payroll Expense Tax.”

According to the City of Seattle’s FAQ on its new tax:

A November 20 article in Bloomberg Tax discussed the possibility of a statewide tax modeled after Seattle’s. According to Bloomberg Tax:

“State Sen. Mark Mullet (D)—the majority whip, a member of the Ways and Means Committee, and a rare centrist in the Democratic caucus—has consistently opposed perennially introduced bills to enact a capital gains tax. He edged out an election challenge earlier this month by just 85 votes from a Democrat to his left.

‘I’m opposing this expansion of the Seattle tax,’ Mullet said. ‘I’m opposing a capital gains tax. I’m opposing these taxes based on the premise that the unemployment trust fund is a mathematical tax. It’s going into effect automatically on January 1st to start to replenish the fund. My attitude is very clear that anybody who thinks you can come after the business community with an additional billion dollars in new taxes is tone deaf.’”

“We would strongly encourage legislators to consider how that economic landscape has changed and a piece of that of course is unemployment,” Teel said. “We want legislators who are looking at increasing payroll taxes next year to think about what businesses are already looking at in a payroll tax increase next year in the form of an unemployment insurance rate increase.”

With state revenues continuing to grow and employers and individuals attempting to recover from ongoing government-imposed COVID-19 economic restrictions, lawmakers should finally put to rest their creative efforts to circumvent the state’s constitutional prohibition on graduated income taxes.