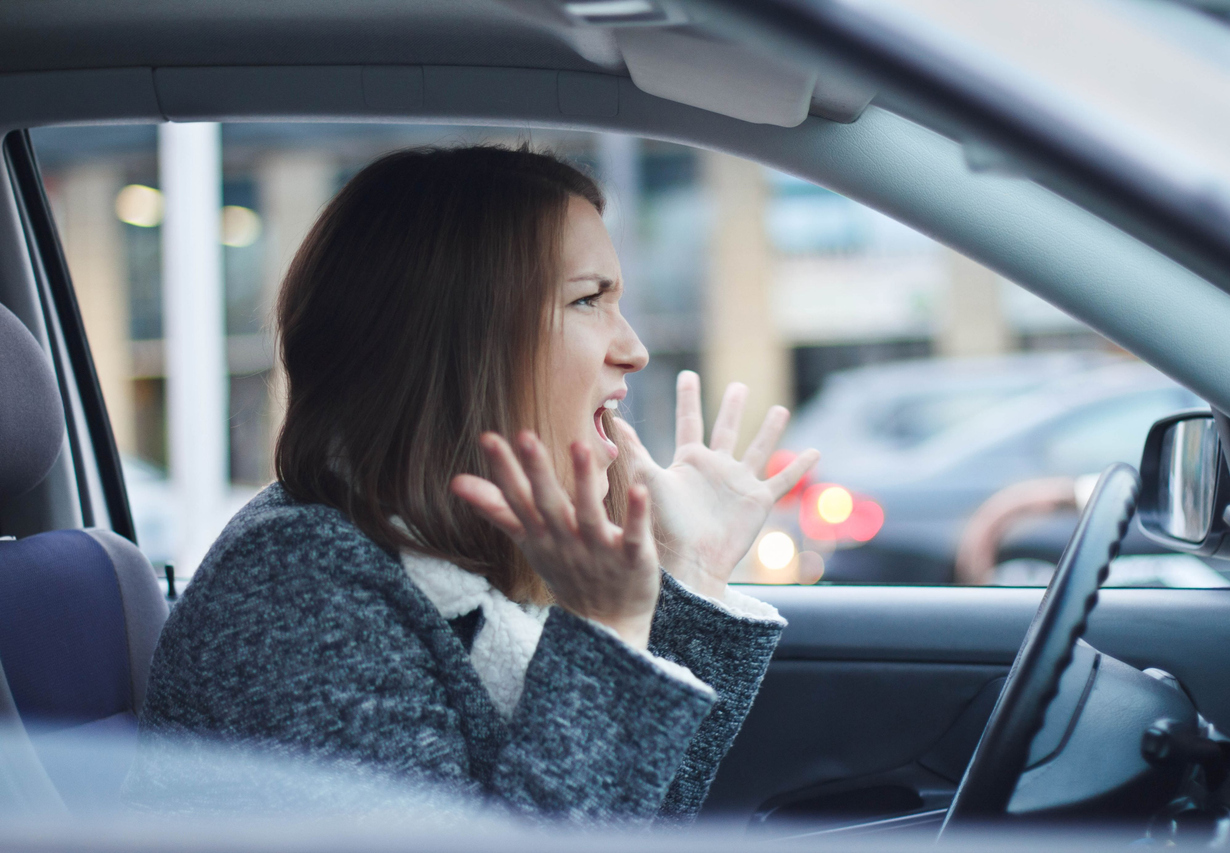 Community Transit in Snohomish County has just spent $73.3 million on 34 new bus stops and new buses, nearly doubling rider capacity on an existing bus route that didn’t need it. To make matters worse, the agency made every other road user’s journey worse when they didn’t need to.

The Swift Green Line was promoted by Community Transit as the next big thing. Promotional material told us it would be a more efficient service and that it was desperately needed. It required new buses and new stops, since the old bus stops are not configured correctly to support the existing buses. Riders use an honor system and pay at the bus stops prior to boarding, which allows them to get on the bus quickly through any door.

During the first few months since opening in March of 2019, Community Transit’s own numbers show an increase in riders on the Swift Green Line at the expense of riders from the existing 105 and 106 buses. This is because the 105 and 106 routes practically follow the same route as the Swift Green Line, almost identical during snow days.

Between the three services, Community Transit says there are approximately 275 buses serving about 2,800 boardings per average weekday. That works out to be about 10 boardings per bus each weekday, if distributed equally. Since most riders take two one-way trips per day, which can be made up of several boardings, and don’t ride the complete route, we can assume that those 10 boardings probably amount to approximately five riders per bus. However, this assumes each rider stays on each bus the entire route, which they often do not. In other words, the number of riders is likely even smaller.

For all the rhetoric about being green, having a 60-seat bus run mostly empty is a waste of energy. You can see how inefficient this this. 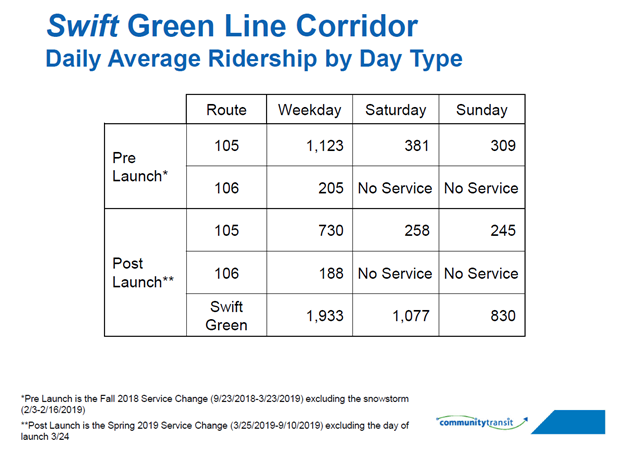 According to Community Transit, the existing 105 and 106 routes run 84 buses per day. That’s a total capacity of over 5,000 riders. Even with the 3,300 targeted trips per day that Community Transit is projecting, there is plenty of room on the buses for additional riders. The Swift Green line adds capacity for another 11,500 riders, when it appears to not be needed. This is the flawed “build it and they will come” approach, which often results in underperforming systems.

Don’t believe the numbers? Next time you see a Green Line bus, count the number of riders.

Additionally, the new Swift Green Line adds to car driver and bike rider frustration by adding bus stops into the flow of traffic, placing the stops on the corners of busy intersections. This helps the bus avoid having to wait to pull back into traffic, but creates a dangerous situation where cars get backed up and try to get around the bus. Add in the ability of buses to keep the intersection light green with the Transit Signal Priority System, as they approach an intersection and we also destroy any possibility of synchronizing the lights to improve traffic flow.

And if that wasn’t enough, we currently subsidize each rider on the bus at over 85% of the cost of the trip. It would literally be cheaper to offer a free Uber ride coupon to each bus rider than to run the Green Line.

Spending public money to increase bus service with the hope of increasing ridership, rather than serving the routes people actually need, is a waste of public dollars.

Despite the poor performance of the Swift Green Line, additional planning is in progress for yet another bus line in Mill Creek.

Transit is an important part of our transportation infrastructure.  However, we need a transit system that is cost effective and moves people on routes that are practical and useful to the public. Community Transit should consider this as it plans its future routes. 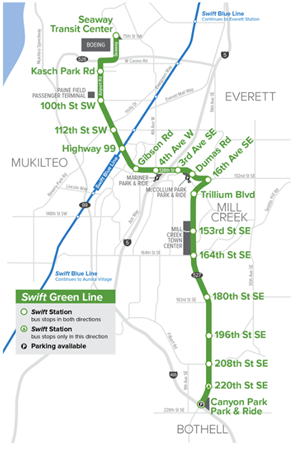 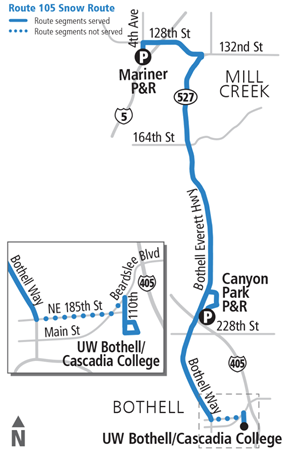