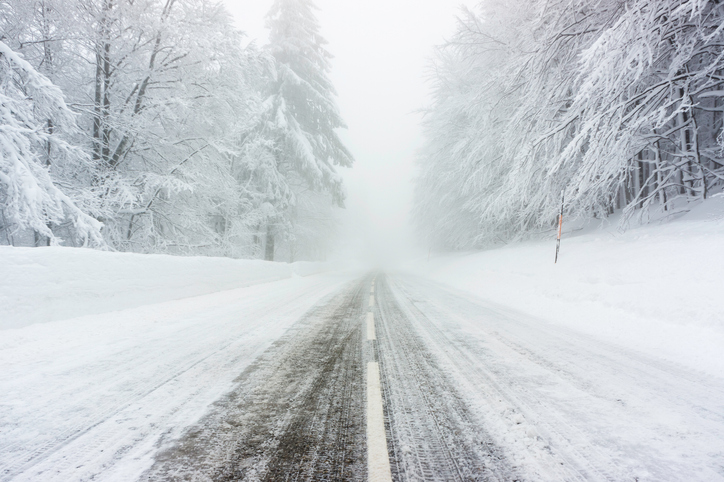 In a recent presentation to legislative staff, the state Department of Transportation (WSDOT) shared their operations contingency plan as we head into winter. The key takeaway was that the traveling public should plan for longer road closures if there are storms or avalanches, and we cannot count on WSDOT to provide the same level of service as normal.

Part of this is due to the agency effectively firing over 400 essential employees in October due to the Governor’s sweeping vaccine mandate for state employees.

WSDOT watered down the impact of the mandate in creating this problem by pointing to 2020 hiring freezes and 2021 “nationwide hiring challenges, an ageing workforce near retirement, and a competitive labor market.” 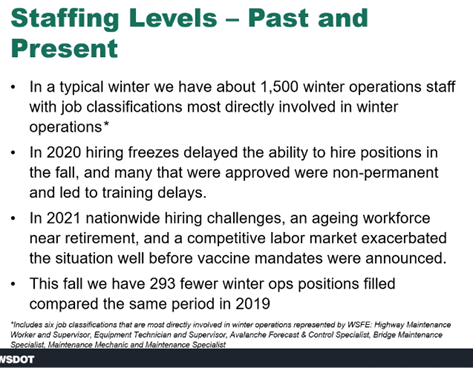 WSDOT’s presentation minimized the culpability of its management for the risks by saying that “pass closures happen every winter for a variety of reasons, including spin outs, crashes, drivers unprepared for conditions, avalanche control, or unsafe weather conditions.” However, the problem is not that nothing goes wrong during winter – but that the Governor and WSDOT Secretary have made it worse.

How much worse? According to WSDOT, this fall, the agency has 293 fewer winter ops positions filled than they did at the same time in 2019. 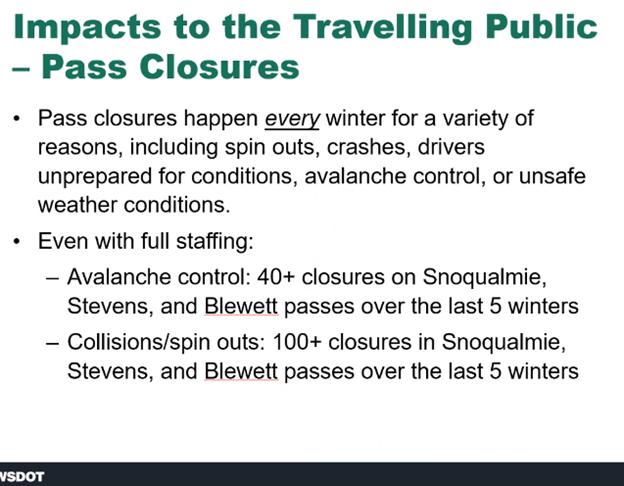 The agency lost maintenance workers, equipment specialists, and avalanche control specialists. They are having a challenge finding people with commercial driver’s licenses, but are engaged in aggressive recruiting. Additionally, they have hired a recruiter for maintenance work, and are considering putting stickers on their employees that say, “we’re hiring.”

WSDOT indicated that some retired employees have agreed to come back for the winter, and they are considering shifting or reassigning some workers to other areas for the time being.

As far as the public is concerned, some passes will most certainly be closed during longer storms, as WSDOT doesn’t have enough staff to work around the clock.

They say there will be variable speed limits with lower speeds and greater enforcement.

When the pass gets heavy snowfall, WSDOT will remove snow and ice only on one or two lanes, rather than all lanes. This, in and of itself, will create serious mobility and public safety issues.

It is counterproductive and disingenuous for WSDOT to try to deflect attention away from the practical consequences of the Governor’s mandate on their workforce. It is not appropriate to shrug off responsibility and say pass closures and crashes happen every year anyway. This type of spin hurts public trust even more, and not just among the traveling public, but within the agency's own ranks.

We will continue to track WSDOT’s progress in developing and executing this plan, and sharing how it will impact drivers in the coming months.