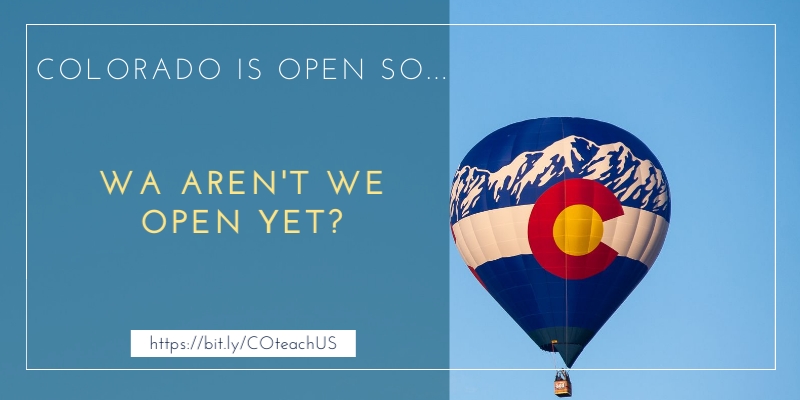 On April 27, Governor Inslee announced that Colorado was joining the Western states COVID pact, “a working group of Western state governors with a shared vision for modifying stay at home orders and fighting COVID-19.” The release said:

“Coloradans are working together to slow the spread of COVID-19 and have important information to share with and to gain from other states. I’m thrilled Colorado is joining the Western States Pact," Gov. Jared Polis said. "There’s no silver bullet that will solve this pandemic until there is a cure so we must have a multifaceted and bold approach in order to slow the spread of the virus, keep our people safe and help our economy rebound.”

On April 28, Governor Inslee was asked about his fellow Democratic Governor and said this: “Jared Polis is a really smart individual and I generally would trust his decision making."

A day before joining the Western states COVID pact, Governor Polis issued an executive order to start re-opening Colorado for business. From his press release:

“Together, Coloradans have been effective in leveling and flattening the curve, but life will remain much more dangerous than usual these next few months and we should all wear masks when in public. Safer at Home is by no means a free-for-all. My administration has acted boldly in the face of this pandemic and is focused on ensuring our state can endure on the trail ahead. We all have a personal responsibility to slow the spread of the virus and must find a way of living that is psychologically and economically sustainable for Coloradans.”

Colorado’s “Safer at home” phase began on April 27 allowing some nonessential businesses to reopen for curbside pickup. On May 1, personal-care services and retail businesses were allowed to reopen with strict social-distancing measures in place. On May 4, offices will be allowed to reopen at 50 percent capacity. Bars and restaurants, however, will remain closed to in-person dining at least until mid-May.

Colorado’s total COVID infection and death numbers have been comparable to Washington’s.

Governor Polis was interviewed on May 1 by Colorado Public Radio to explain why his state is now open for many businesses. Here are some of his answers pulled from the transcript:

Hopefully as a member of the Western states COVID pact, Governor Polis is actively sharing this information with Washington. 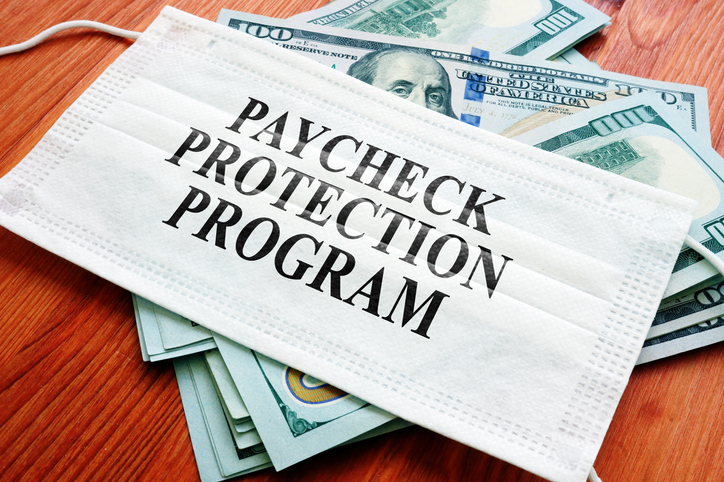