A bad year for Chinook salmon returns in the Elwha River 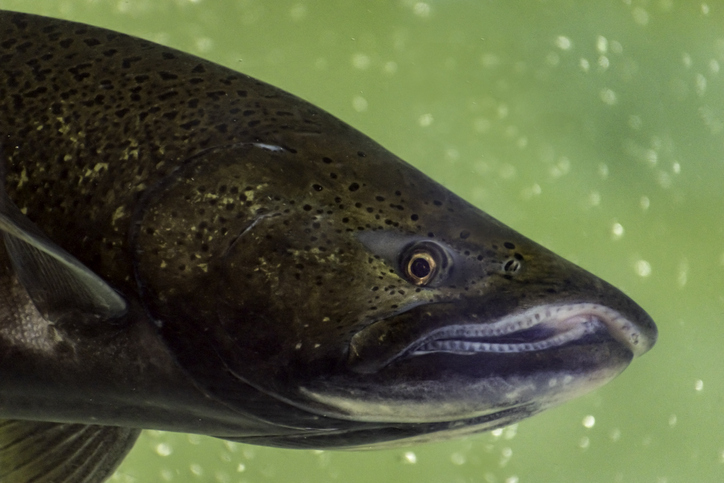 An article in the Seattle Times last weekend declared, “The Elwha dams are gone and chinook are surging back.” Data released yesterday from the Department of Fish and Wildlife, however, tell a different story. 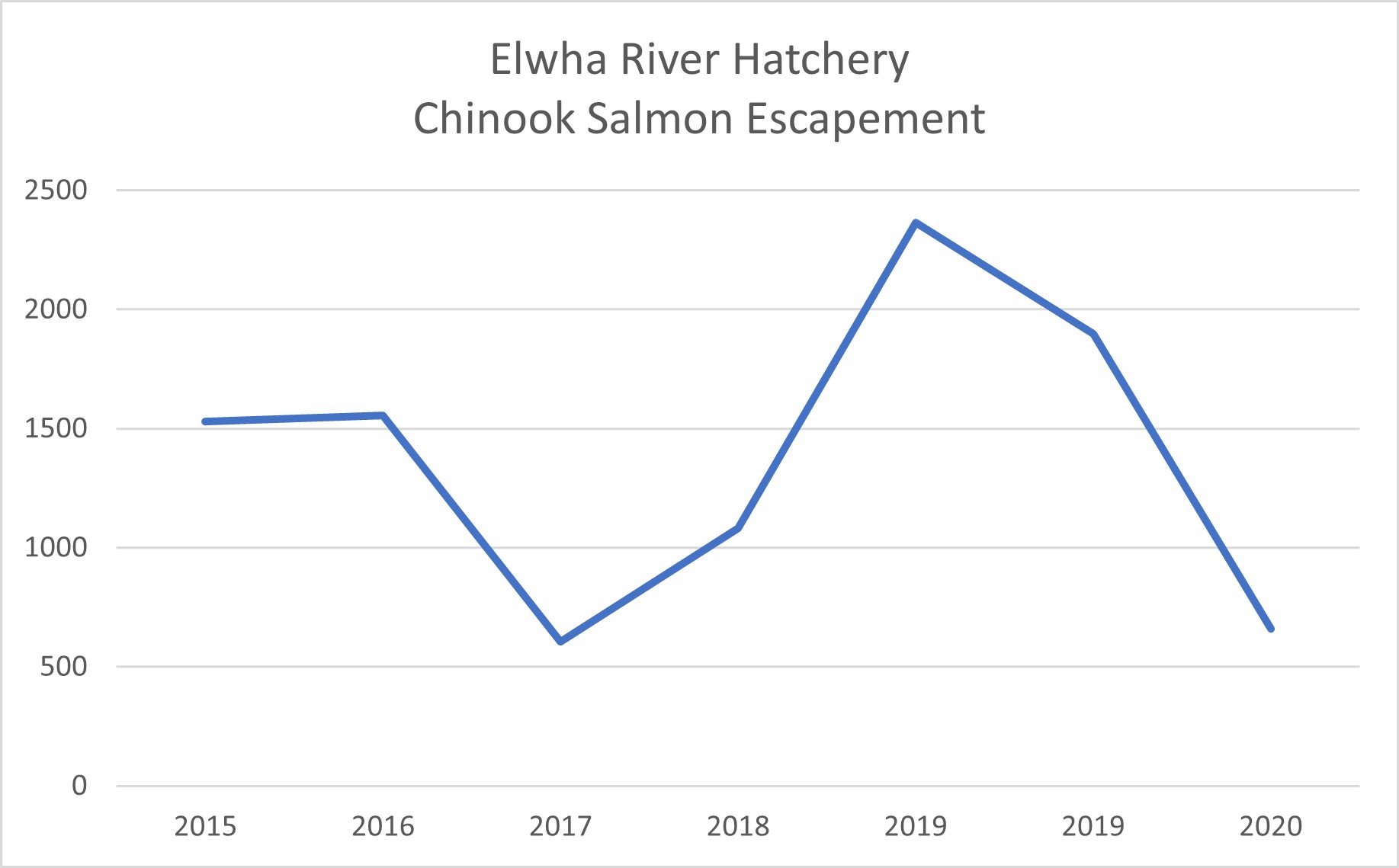 Weekly hatchery data show the Chinook salmon returns to the Elwha are the lowest in four years and the second lowest in the last seven. Chinook have a life cycle of a few years, so it is not entirely surprising that this would be a low year given the low returns in 2017. The increase in population, however, is only about 9 percent from 2017 to 2020. At this rate, it would take until 2035 for this cycle of Chinook to reach a population of 1,000. That is far from “surging.”

The article also notes the goal of removing the dams is “Rewilding the hatchery-dominated population of the Elwha chinook run, to once again become 100% naturally producing.” Data from recent years indicate no progress in that direction. Past surveys by the Department of Fish and Wildlife show about 96 percent of Chinook in the Elwha are from the hatchery. Estimates are that salmon runs in the past few years have been similar. The Elwha hatchery is still necessary to ensure the continuation of the Chinook run in that river.

Removing the Elwha dams demonstrates how difficult salmon recovery is, both in individual watersheds and across the Puget Sound. To honestly learn the lessons of dam removal, we need to be candid about the successes and failures we are witnessing. Some activists have put a great deal of their credibility into the success of the removal of the Elwha dams, so there is a strong desire by some to declare success. The data, however, demonstrate that despite the high cost and heavy attention, Chinook populations on the Elwha are improving only very slowly. That reality should not be denied.