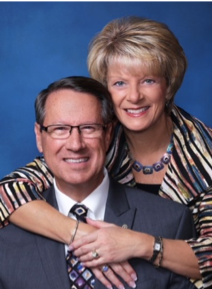 Washington Policy Center spoke with Heidi Stanley, former Vice Chair of WPC’s Board of Directors and current WPC Board member. She and her husband, Ron, are Legacy Partners.

Heidi was introduced to Washington Policy Center over a decade ago. At the time, she was President of Sterling Bank when WPC’s President, Dann Mead Smith, and current Board Chairman, Sarah Rindlaub, approached her. During this first meeting, she was introduced to WPC’s mission and the value the organization provides to our policymakers and citizens of Washington State.  From that point forward, WPC has been an independent, non-partisan, and high-quality information resource that she has relied on throughout her career.

Because of her involvement and commitment to WPC, Heidi was asked to join the Board of Directors. She and her husband Ron became further entrenched in WPC’s mission as they attended events and became more involved as leaders in the organization.  As owners of a small business, Ron and Heidi know firsthand how WPC’s work directly impacts their lives, their business, their customers, and their community. This is when the couple decided to include WPC in their estate plans. Heidi discussed their support and Legacy gift with the Washington Policy Center.

WPC: What value does WPC bring to our state?

Heidi: WPC’s researchers are qualified, detailed, and credible. Their work is all about bringing the facts to the surface and making Washington better. WPC has a broad mission with eight Centers of Excellence.  The quality of their work draws other organizations and policymakers to use WPC research as an important component in their problem-solving work.

WPC: How has WPC’s work impacted how you and your husband are able to run your business?

Heidi: Our company, Empire Bolt, is a specialized distribution company servicing primarily original equipment manufacturing (OEM) companies, many of which manufacture and distribute their products internationally.  WPC works closely with business owners like us and policymakers to provide accurate analysis of the issues (i.e. small business climate or transportation) that could impact our ability to serve our customers.  As good policy is created coupled with innovative solutions, WPC research is not only helping our company but our customers too.

WPC: What was the importance of WPC Eastern Washington Office opening?

Heidi: The opening of the Eastern Washington Office was important because people on both sides of the state want the same thing: A better place to live, to educate their kids, to run their businesses and do their jobs. There are just as many policy concerns in Eastern & Central Washington as there are in Western Washington – many are unique however, and the Eastern WA Office has created an important link to the west side public debate.  In addition, the Eastern WA Office provides critical outreach through informational forums, media stories, and its well-attended Annual Dinner event.  Having a presence in Eastern WA shows WPC is committed to all the state – not just the west side.

WPC: What do you value most about your Legacy Partner membership?

Heidi: Including WPC in our estate planning is a win-win: we achieve our personal philanthropic goals while supporting the future of WPC. If you’re a believer in and are committed to WPC’s core mission, what better way to support it than to include WPC in your estate plan. We know that WPC’s mission will continue strong with the help of our estate planning and others doing the same.