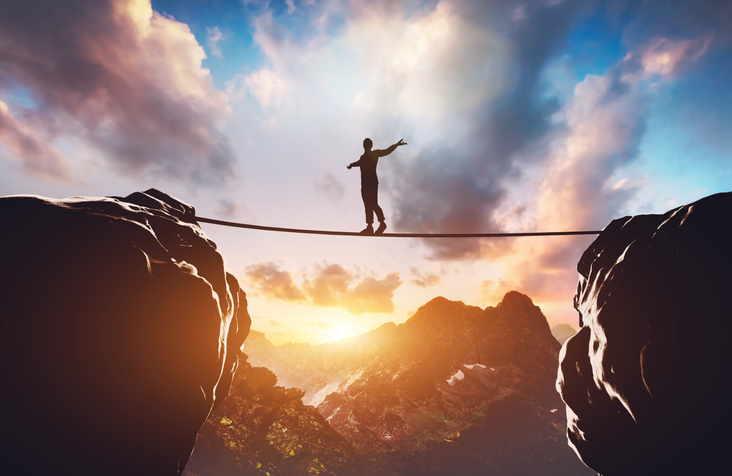 After two former Lands Commissioners proposed ending all timber harvests in Western Washington, I reached out to Pat McElroy, the former State Forester of Washington who I worked with at the Washington State Department of Natural Resources. Few have his understanding of Washington's state forests and the laws that govern them. He wrote this explanation of proper forest stewardship and some of the problems of the proposal to ban harvests. He has graciously allowed me to share it.
- Todd

As a person responsible for the day-to-day management of state trust lands during the late 1980s and early 1990s, and who also worked in the Belcher Administration for a couple of years, I have a unique perspective on the nature of the trust, the responsibilities of the state, and the state of the forests under state control. I thought I would offer some perspective on a recent article in The Seattle Times regarding a proposal by the former commissioner to stop all timber harvests in state forests.

First, some background. State managed forest lands come in two types: The Constitutional Trust lands, lands granted by the federal government at statehood for the support of public institutions; and statutory trust lands, principally the lands acquired during the Depression through tax foreclosure, known as Forest Board lands.

The Federally granted lands are of two types. The Common School Grant is for “the benefit” of the common schools; most of the other federally granted lands are for “the use or benefit” of the respective institutions, like the University of Washington. This is important: The lands were specifically granted either to provide support to the institutions or be used by them for the specific use of the institution. This is where the phrase “held in trust for all the people” comes in. Since 1889, the understanding is that “all the people” relates to the access of all the people of Washington to the schools and institutions supported by the lands and resources.

Since Bert Cole served as Lands Commissioner in the 1950s, ‘60s and ‘70s, leading up to the election of Brian Boyle as Commissioner of Public Lands in 1980, no one in responsible position at DNR has espoused the concept that the timber on state trust lands must be managed for top dollar, and the only way to get top dollar is to sell every last tree to the highest bidder. (Having worked for Bert in those years, I know that he didn’t believe that either.) We operated under the principle that as long as the trust was compensated at fair market value, it didn’t matter what the source of income was as long as the long-term productivity of the land, the corpus of the trust, was not reduced.

The basis of this policy is that we believed the educational trusts are a perpetual trust, part of intergenerational equity – that this generation, and every generation in the future, has an equal claim on the productivity of state trust lands. We believed that the nature of the original land grant – specific sections in each township, and block grants selected by the state at and after statehood – precluded every acre of the grant being suitable for income production or management. Many of these areas were non-productive, high-elevation, difficult to impossible access, or had other characteristics that made them unsuitable for management. Some also had high ecological or amenity values.

Thus, there were numerous transfers of state trust land into public ownership to accommodate public needs and wants in a process that compensated the trust for the value of the timber and provided funds to purchase replacement forest lands to retain the corpus of the trust. Some lands were transferred to State Parks, others to Natural Resource Conservation Areas or Natural Area Preserves. In some cases, the lands were transferred to counties and cities for public recreation purposes through land exchanges or other means that fully compensated the trusts for the value of the land and timber, with replacement lands acquired to maintain the corpus.

At the same time, the unique trust relationship to what are called Forest Board lands was recognized. These forestlands, acquired by the counties during the Depression through tax foreclosure, were legislatively given status as a “Forest Trust,” to provide timber, employment and income to the counties and junior taxing districts in which the lands were located.

We also recognized the importance of trust lands to the local community. State forests are generally open to the public for hunting, fishing, camping and other recreational activities. These lands have historically played an important role in the economic viability of many communities across the state. While there is no specific requirement that federal trust lands be managed to support local communities, there is one for Forest Board lands. Furthermore, there is a recognized principle in resource land management that if local folks derive no clear benefit from resource lands in their vicinity, they have no incentive to protect and care for them. That results in additional problems, like trespass, theft of timber, and in some cases, arson.

I don’t know much about Goldmark and his views, and what I do know is anecdotal. However. I am very familiar with Belcher’s view of trust lands. As State Lands Deputy, I appeared before her committee many times, had in-person discussions with her, and served as Regulatory Deputy when she served as Lands Commissioner for a couple of years. It is very clear that she was on the side of the radical environmentalists who want no harvest from state lands at anytime, anywhere, for any reason. They have worked for decades to achieve that end. She knew enough not to try to end the harvest policy, since she was constitutionally charged with producing revenue from trust lands. What she did do, under the guise of “responsible management,” was to reduce the level of harvest, put some areas off-limits, remove lands from the harvest base, which resulted in lower harvests at that time, but also greatly reduced the productivity of the lands over a long period of time, cheating future generations of Washingtonians of support to schools and public institutions.

Working with the specialist and scientists at DNR at the time, I calculated the long-term sustainable harvest – a level that could be continued sustainably in perpetuity – from state trust forest lands was in the vicinity of one to 1.2 billion board feet, operating under forest practice regulations. That might be reduced some today by new regulatory requirements, but the biggest reduction is not in biological capacity, but by policy choices. One of the consequences of not harvesting old trees is that the biological capacity of the forest is reduced. Permanently. Old trees and forests don’t grow at the same rate as young trees. “Holding” old trees prevents the growth opportunity of young trees on the same land.

Recognizing the millions of acres of federal forest in protected status, providing vast areas of old growth trees, and the unique status of trust lands, with some protected, including specific “gene tree reserves” to provide genetic “insurance,” and the most ecologically valuable transferred to public ownership, the logical strategy to generate the most forest growth from state trust lands, is to transition from older forests to new, vigorous forests.

There are three other points to consider.

The first is to recognize that state forests used to provide about 10% of state-wide harvest, and an important contribution to the economic vitality of Washington. These trees were converted to useful products, lumber, plywood, paper, and so on. These goods are still needed and used in Washington and elsewhere.

Washington has the most comprehensive and protective forest practices regulations and policies of any other state or nation. If the wood products do not come from Washington State forests, they are going to come from other places, where forestry practices are not as protective as Washington’s.

If not that, then the products will be replaced by alternative materials:  steel, aluminum, concrete and plastic.  All alternative building materials use more energy, and emit more carbon in their manufacture than wood does. Furthermore, when lumber and plywood are used in construction, carbon is sequestered for decades or longer, while a new, growing forest is actively absorbing carbon from the atmosphere.

Finally, we must consider what happens to older forests over time. The Northwest is a notorious graveyard for forests. Windstorms, fire, even earthquakes and volcanoes have felled thousands, even tens of thousands, of acres of Washington forests. From the “big one” earthquake in 1700, the 1902-1910 epic fires to the 1921 “blow,” and Mt. St. Helens in 1980, Washington’s forest are prone to large scale devastating events.

During the 1962 Columbus Day Storm, about 10 billion board feet of timber blew down. The Northwest did not have the markets, nor the milling capacity, to handle that much wood in a timely manner. That led Weyerhaeuser to develop the log export market to Japan.  Without that, a good deal of that timber would have just rotted on the ground, contributing to carbon release. Without a viable forest products industry, events of this nature would result in the release of many tons of carbon.