No sign of warming: Snowpack levels in Washington state are average again

It is one of the most common claims about the impact of climate change in the Pacific Northwest – the threat that our snowpack will decline, harming recreation, water supply, farmers, and fish. Recently, University of Washington professor Paul Johnson pointed to the claim that “our mountain snowpack is reduced by an increasingly earlier spring and later fall.

Actual snowpack data, however, contradict this oft-repeated claim, as shown in the graph below. 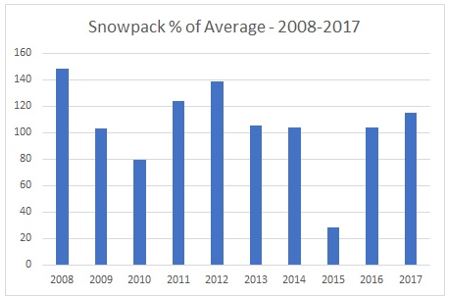