Policy Analyst and Director of the Centers for Health Care and Worker Rights   |
ehovde@washingtonpolicy.org 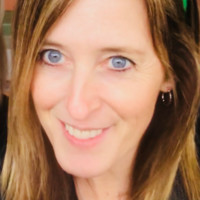 Elizabeth Hovde grew up in Seattle's Ballard neighborhood and graduated with a Bachelor of Arts degree in journalism and political science from Western Washington University. That's where her newspaper career began, writing political opinion columns for The Bellingham Herald.

After graduation, Elizabeth spent a decade as an editorial board member and columnist at The Columbian newspaper in Southwest Washington, winning several Society of Professional Journalists awards. Elizabeth enjoyed another 10 years as a political columnist for The Oregonian before coming to WPC. As an adjunct professor at Washington State University Vancouver, Elizabeth also has taught journalism.

Over the years, her volunteerism has included prison outreach, helping in public schools, writing for her neighborhood association and participating in area cleanups. She shares her Vancouver home with two teenage sons.