Most media outlets are reporting the UW study commissioned by the city of Seattle to determine the impacts of the city’s $15 minimum wage law show no price increases.  Advocates of the $15 Now movement are gleefully declaring it proof that a high minimum wage is a win-win.

But the devil is in the details.  The head of the UW study, Professor Jacob Vigdor, warns:

“Just because you [a business owners] didn’t raise prices doesn’t necessarily mean you’re handling the minimum wage with no problem.”

Vigdor says his research team heard from many employers that they didn’t increase prices because they couldn’t; their market is simply too competitive.  Any increase in prices would hurt their business.  Those businesses have been forced to deal with the higher minimum wage in other ways, such as cutting hours and reducing benefits.  Vigdor explained those types of actions have serious consequences:

“Any type of cut like that, it might help your business stay in the black but that’s not good for the workers.”

Vigdor went on to say that many employers report they will no longer hire unskilled and inexperienced workers for what used to be entry-level jobs.  This leaves the workers needing those entry-level jobs the most with few (or none) job opportunities.

What is more, Vigdor says that while grocery, retail and rent prices increased by just a couple of percentage points, prices in the restaurant and fast food industry, which rely heavily on minimum wage workers, have increased significantly.

According to Vigdor, prices at fast food establishments, coffee shops and full service restaurants are an average of 9% higher than just a year ago.  He says this is not surprising given the labor-intensive nature of the food service industry.

“The critical question that you have to think about with the price increases, look at a business and ask yourself, to make a $1,000 in revenue how many hours of labor do they need?  In a restaurant, the answer is going to be a lot.  In a grocery store or a place like Target, most of what’s going on in those places is the customer is walking around, picking stuff up and then the only time they really interact with a employee is at the checkout stand.  So to get that $1,000 of revenue you actually don’t need to have that many employees on staff.”

Simply put, restaurants have had to increase prices by much more than retailers and other businesses because they need more employees to earn the same amount of revenue.

The most important takeaway from Vigdor’s comments is that the impact of Seattle’s $15 wage cannot be measured only in terms of whether prices increased, or even jobs lost.  Just as important are the less obvious, and often unseen, impacts on workers, such as fewer hours and lost job opportunities. 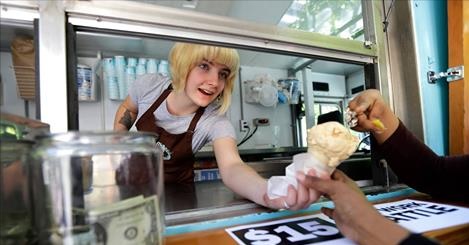