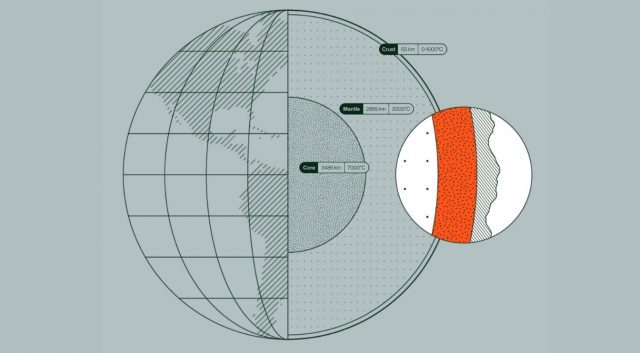 Technological advances throughout human history have brought about incredible feats that have made life longer, better, easier, and healthier for everyone, but each step requires new sources of energy. As more advances are made, the greater the amounts of external energy are required, most of which we currently get from non-renewable sources like fossil fuels. While renewable energies like solar, wind, and hydro exist, they currently don't generate nearly enough to cover the energy costs needed to sustain the production that helps advance affordable food, health, and productivity measures.

Fortunately, a company called Quaise wants us to look down for answers. The earth's core creates radioactive particles that break down within rocks, a constantly generating cycle of energy. Quaise, using vacuum tubes that shoot light beams to burn holes into the earth, hopes to harness that constant supply of energy and move civilization on from fossil fuel usage to mass renewable energy. Their design even allows the retrofitting of coal mines to become new, geothermal energy plants. As reported in ExtremeTech:

To achieve its mission, Quaise plans on using gyrotrons, a specific type of vacuum tube that shoots millimeter-wave light beams, to burn holes into the earth. Gyrotrons are capable of burning holes about 12 miles deep, allowing Quaise to facilitate the water-into-steam sequence that effectively produces usable energy. A single super-deep hole will take a few months to burn, but once finished, each will be capable of supplying energy to a region for up to 100 years. If all goes to plan, Quaise will be busy retrofitting coal-fueled power plants into geothermal energy hotspots by 2028.

This is just another way that private businesses are fixing problems that politicians can only complain about.