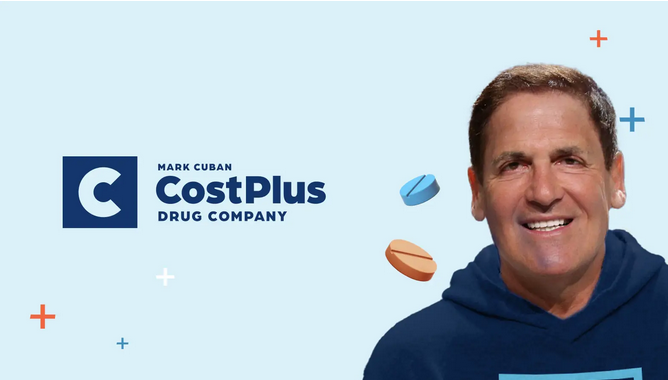 Anyone who's seen the show Shark Tank is familiar with Mark Cuban, the entrepreneur and investor turned TV star. Ever since his addition to the panel of moguls, he has been a mainstay of the cast, adding a sharp, critical, and insightful voice to the bench. His business savvy has earned him his current fortune, but he isn't stopping any time soon. His innovative spirit has involved him in a new project, one that embodies the quintessential aspects of the free market.

A cold pitch email from Alex Oshmyanksy, a young radiologist with an idea for distribution of low-cost drugs was the inception of Mark Cuban's Cost Plus Drug Company, a venture that seeks to put cheap, generic pharmaceutical drugs for sale in the widest distribution at the lowest costs. Connecting the consumers to the product directly cuts out much of the bloat of costs, and undercuts many of the existing, high priced competitors. In this way, Cuban is seeking to disrupt the pharmaceutical market, one that has been long overdue for an upheaval. The regulations, middlemen, and insurance costs have been clouding the signals in the sphere for a long time, and Cost Plus seeks to continue to grow by appealing to the ripe market for cheaper drugs.

Read more about the Cost Plus company and its start in this article on Inc!