Wolves in Washington state: Managing the final steps to successful recovery and post-recovery

In just over a decade, Washington state’s wild wolf population has grown from zero to about 145 with 15 breeding pairs in 2020. That population is very close to the level the state would consider delisting the wolf as an endangered species. Wolves are already delisted federally in the eastern third of the state. 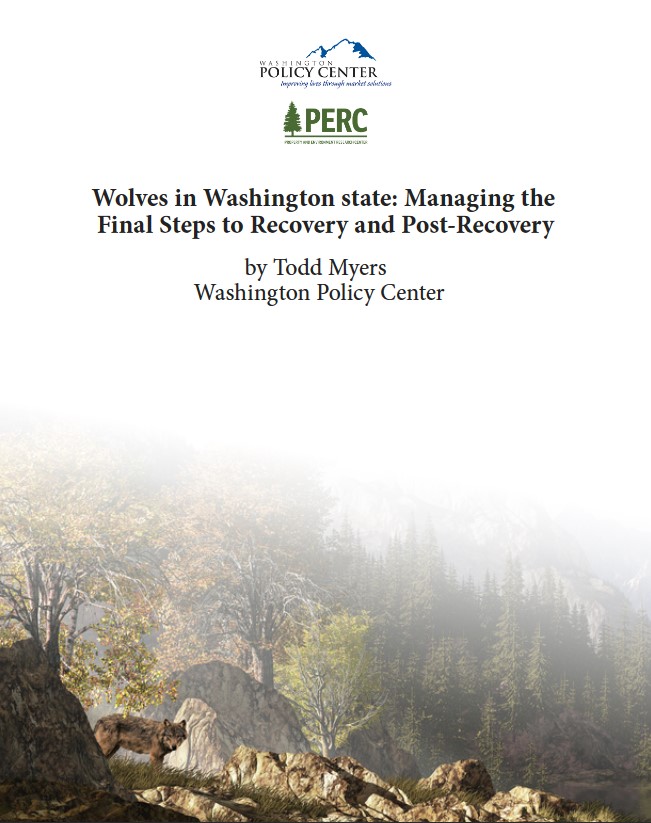 Despite that good news, there is increasing tension among ranchers, environmentalists, and politicians. The tension stems, in part, from the fact that wolves have not spread across the state as expected and have clustered in the Northeast corner of the state. As a result, ranchers in that part of the state are being asked to share a disproportionate burden of wolf attacks on sheep and cattle. In response, the Washington State Department of Fish and Wildlife has used its authority to kill wolves involved in attacks, removing entire packs when appropriate.

In response, some in the environmental community worry that removal of problem wolves has been too aggressive, and Governor Inslee issued a letter demanding WDFW end lethal removal.

These conflicting pressures make it difficult to balance the desire to increase wolf populations to levels that allow delisting while reducing the risk number of attacks on ranchers in one part of the state. To balance these pressures, ensure the wolves reach full recovery, and protect the livelihoods of ranchers, we have released a series of policy recommendations in conjunction with the Property and Environment Research Center (PERC) in Montana.

Among the recommendations we propose:

As with other states where wolves have already recovered to sustainable populations, management policies will continue to evolve. Using the eastern third of Washington state to model good policies would help begin that evolution.

WDFW and the Wolf Advisory Group have done an admirable job of preventing a breakdown of the current system. The collaboration among conservationists, ranchers, and others – although tense at times – has been effective and the courts have deferred to WDFW and the plan the WAG helped develop and oversees.

As wolf populations increase, however, the state will need to move to the next stage of recovery to manage recovered populations. Additional resources will be needed. Other states have raised some of those funds with hunting licenses. Currently, the Colville Confederated Tribe allows hunting for its members because they feel wolf populations in the area are adequate.

If Washington can develop a policy that supports a sustainable population of wolves without imposing a heavy cost on ranchers or others who happen to live in the wrong place, it will be a tremendous victory for our economy, rural communities, and these incredible wild creatures.