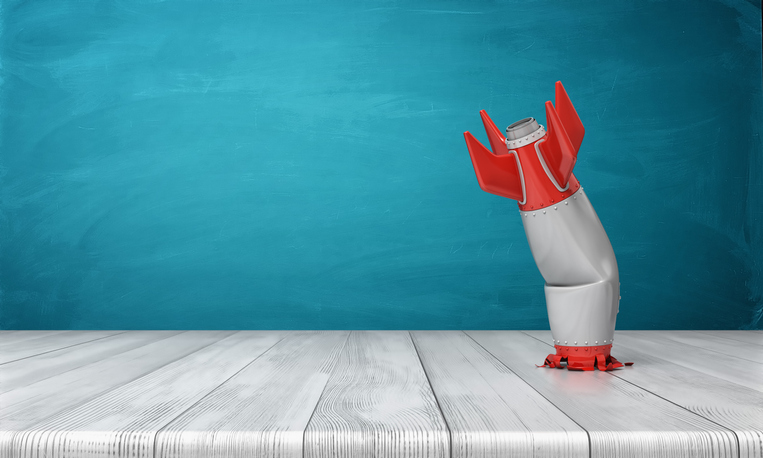 How much do the loudest advocates of aggressive climate policy really know about the science and best policies to cut CO2 emissions? Not very much. The latest example comes from Whatcom County.

As part of the process to fill the seat of State Senator Doug Ericksen, who passed away last year, the left-leaning Whatcom County Council will vote to appoint one of the three candidates selected by Republicans. The councilmembers sent a questionnaire to the candidates covering a wide range of politically sensitive topics. There are two questions relating to climate change that are indicative of why climate policy is frequently wasteful and ineffective.

I generally don’t address issues of climate science because the discussions are rarely persuasive. People tend to cherry pick the evidence they want, following the “consensus” when it is useful, and individual studies (even if they are outliers) when that suits their narrative. Additionally, many of the issues related to climate policy are more about economics than science. What policies and projects are most effective at reducing CO2 emissions and addressing the tradeoffs are questions of economics, not science.

Here are the questions and why they are either misguided or simply inaccurate.

Question: In the last 2 years the residents of the 42nd have suffered more from the impacts of climate change than most other districts in the State. Two devastating floods, (the latest being the worst on record), drought, declining snowpack, and now severe freezing weather.

This is not a good start, since they get both facts and attribution wrong. They claim the residents of the 42nd legislative district in Whatcom County have suffered from “declining snowpack.” This is simply false. According to the U.S. Natural Resources Conservation Service, which tracks snowpack, 12 of the last 17 years (70%) have seen snowpack above “normal” in the North Puget Sound basin. If this year ends up above normal, as seems likely, it would be 13 of the last 18 years. This is basic data.

Second, the claim that climate change has increased drought in the 42nd district is contradicted by the consensus science from the Intergovernmental Panel on Climate Change (IPCC). In the most recent report released last year, known as AR6, it says there is little evidence to attribute drought to climate change. Regarding hydrological drought, the report notes, “There is still limited evidence and thus low confidence in assessing these trends at the scale of single regions, with few exceptions.” For meteorological drought, it says, “The regional evidence on attribution for single AR6 regions generally shows low confidence for a human contribution to observed trends in meteorological droughts at regional scale, with few exceptions” (emphasis mine in both quotes). Low confidence.

Many who are most vocal about the risk from climate change – and claiming they follow the science – don’t take the time to understand what the science actually says.

Question: Do you believe climate change is occurring?

The simple answer is “yes,” climate change is occurring and humans are contributing. We know that CO2 traps infrared radiation that would otherwise escape to space, gradually increasing temperatures. This isn’t the area of contention, however. The key questions relate to the level of risk from climate change (serious or managable) and what policies we should follow to address it. In that area, state and local governments have been incredibly poor, choosing policies that are wasteful and ineffective.

Question: Do you believe the recent severe weather events experienced by the residents of the 42nd district is due to climate change?

I addressed this earlier, noting that the IPCC says they have low confidence that climate change is contributing to the types of severe weather events listed earlier.

The other severe weather event not specifically mentioned was the extreme heat event we had this summer. The implication is that the heat wave was “due” to (i.e. caused by) climate change. The scientific assessment released after the event rejects this.

The attribution analysis released by climate scientists around the world found two things. First, they found that climate change made the event about 2 degrees Celsius hotter than it would have been without the additional atmospheric CO2 from human activities. Even without that additional temperature, the heat wave would have broken records.

Second, they found no evidence to say that climate change caused the event. They specifically modeled to see if climate change made events like the heat wave more likely, or what they call “nonlinearities.” The analysis noted this wasn’t the case and that “the climate models do not show it.” They say “the heat wave was a very low probability event that was not caused by new nonlinearities.”

According to the IPCC and the rapid attribution analysis, climate change did not cause any of the weather events cited by the Whatcom County councilmembers or the heat wave this summer.

The politicians who wrote the question assume that, obviously, climate change caused the events and that saying otherwise is a mistake. But the scientific consensus disagrees and says they cannot be attributed to climate change. Sadly, when it comes to inciting public opinion, the facts of climate science don’t always win the day.

Question: Do you believe the cause of climate change is due to an increase of CO2 being released into the atmosphere from human consumption of fossil fuels?

I addressed this above. It is clear that adding CO2 to the atmosphere increases temperatures. The key questions are how serious that is and how best to address it.

Question: What policies will you advocate for in the legislature that will reduce and/or mitigate the impacts of the recent severe weather events experienced by the residents of the 42nd district?

This question has two parts. First, it asks how we can mitigate climate change, i.e. limit the amount of CO2 going into the atmosphere to reduce the potential temperature increase. It also asks how to reduce the impacts, which involves adapting to changes caused by increased temperatures.

On the adaption side, the ORCA Plan offered by Rep. Mary Dye would use revenue from the state’s new carbon tax to fund forest restoration drought mitigation, flood recovery and other adaption efforts.

For mitigation, Washington state recently passed a very strict cap on CO2 emissions. That legislation has some problems, but one benefit is that it is a comprehensive system that eliminates the need for ad hoc policies at the state and local level. Since emissions cannot exceed the cap, the emission levels will be the same with or without local climate policies, so local policies add nothing and are simply duplicative and wasteful. I explain this further in the Puget Sound Business Journal.

Question: Every year the state legislature is considering more and more climate change related legislation. One such Bill currently making its way through the House is Engrossed 2nd Substitute - E2SHB 1099. If this Bill reaches the Senate and you were asked to vote on it as currently written, would you vote in favor or in opposition? If you would not vote for it in its current form, but could edit it, what specific changes would you like to see made to the text of the bill, which if made, would allow you to vote for it?

This question encapsulates the approach of Washington politicians at the state and local level regarding climate policy. It is true that that the legislature considers policies every year, but the approach has been a series of ad hoc strategies based more in politics and ideology than effectiveness. This is why the state has consistently missed its climate targets by a wide margin. The bill mentioned here, which would add climate change as a consideration in growth management, is a good example.

First, it should be noted that this bill seeks to address a “loophole” in the Growth Management Act (GMA). The organizations claiming there is a loophole are the same ones who helped write the existing act and have been supporting it for the past couple decades. If the GMA is flawed, it is the fault of the groups who wrote it.

Including climate change in the GMA is unlikely to reduce CO2 emissions for a couple reasons. First, as one of several metrics in GMA, how the rule is translated into emissions reductions on the ground is unclear and even then, any speculative benefit would be far into the future.

Rather than waste time and money with vague and ineffective regulatory excess, the legislature should prioritize CO2 reduction based on effectiveness. This is the approach Microsoft uses, setting standards and ranking efforts that yield the greatest environmental benefit for every dollar spent. I outlined this approach in 2020. It would not only cost less, but it would also allow the state to meet its 2030 goals immediately.

Climate policy has become increasingly detached from science and is now more akin to identity politics. The issue is used to identify which team someone is on rather than honestly seeking out effective, science-based policies. The numerous errors in the questionnaire demonstrate that the purpose of the questions is more about revealing which team the Republican candidates are on than a serious effort to address climate change.